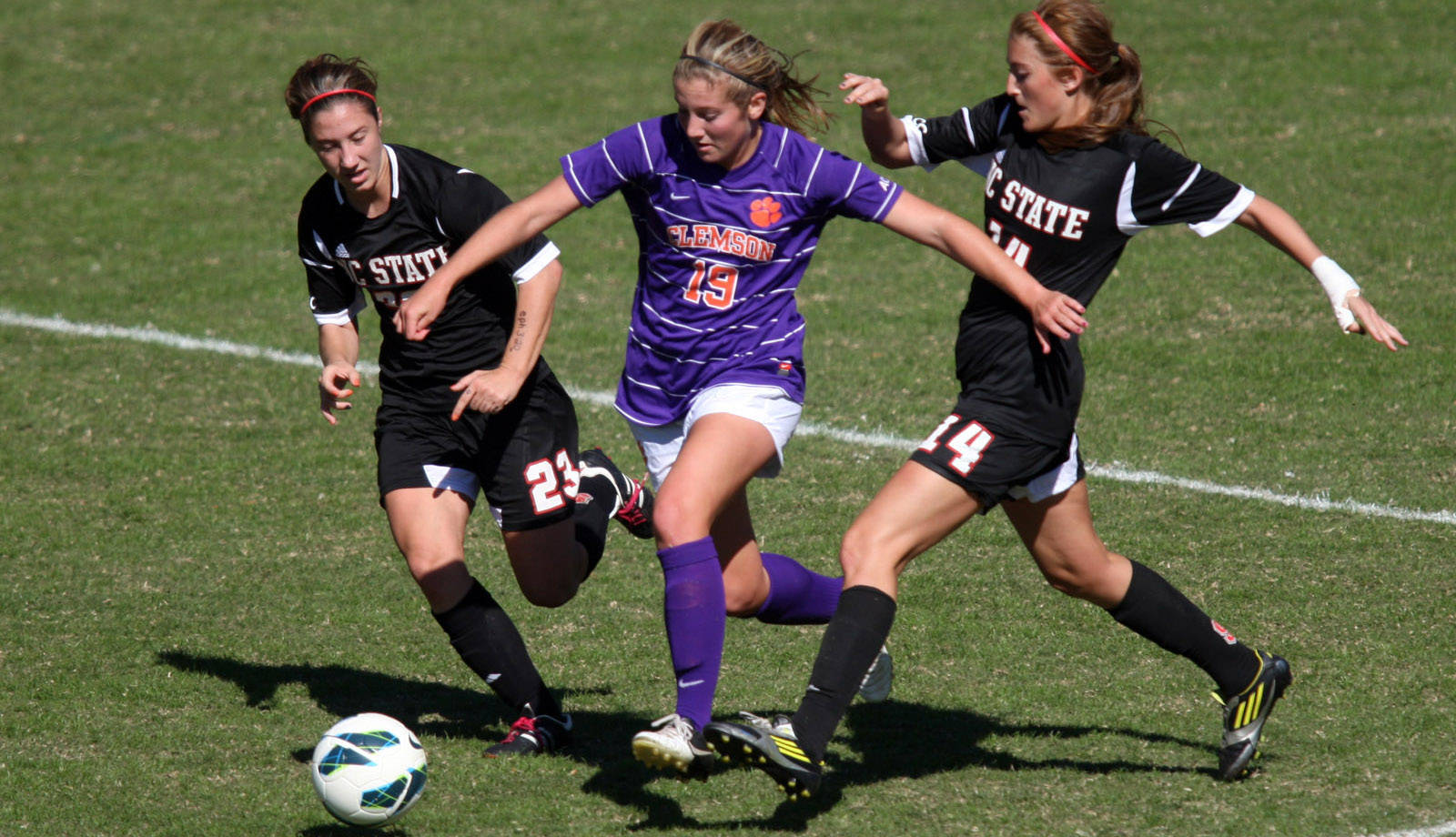 Clemson is coming off road losses to two highly-ranked ACC teams, #12 Virginia Tech on Thursday, October 3 (1-0 in overtime) and #1 Virginia on Sunday, October 6 (3-0).  Freshman keeper Kailen Sheridan posted 10 saves in the two games for the Tigers.  Sheridan, who has started all 13 games and played 1166 minutes in goal, now has 42 saves on the season and five solo shutouts.  The five shutouts rank the freshman in a tie for third among all ACC goalkeepers.

Senior Vanessa Laxgang (5g, 2a, 12pts) and freshman Catrina Atanda (4g, 8pts) rank first and second, respectively, in scoring for the Tigers.  In all, 13 players on the Clemson roster have scored at least one goal so far this season.  Freshman Tori Andreski leads the team in assists with four.

NC State is coming off a 3-0 loss at fourth-ranked North Carolina on Thursday, October 10. The Wolfpack are led in scoring by freshman Jackie Stengel. The forward has eight goals and one assist for 17 points through 14 games.  Defensively, redshirt freshman Mackenzie Stelljes and true freshman Karly Gustafson have both spent time in goal recently for NC State. Stelljes has started 11 games and has posted 54 saves and given up 16 goals in 915 minutes of play.

Clemson and NC State have met 24 times on the pitch with the Tigers holding a 14-6-4 all-time advantage in the series, including a 5-3-2 record in games played in Raleigh.  Most recently, the Tigers defeated the Wolfpack 1-0 on October 21, 2012 at Historic Riggs Field.  In that contest, Jenna Polonsky scored the game’s lone goal to lift the Tigers to victory.