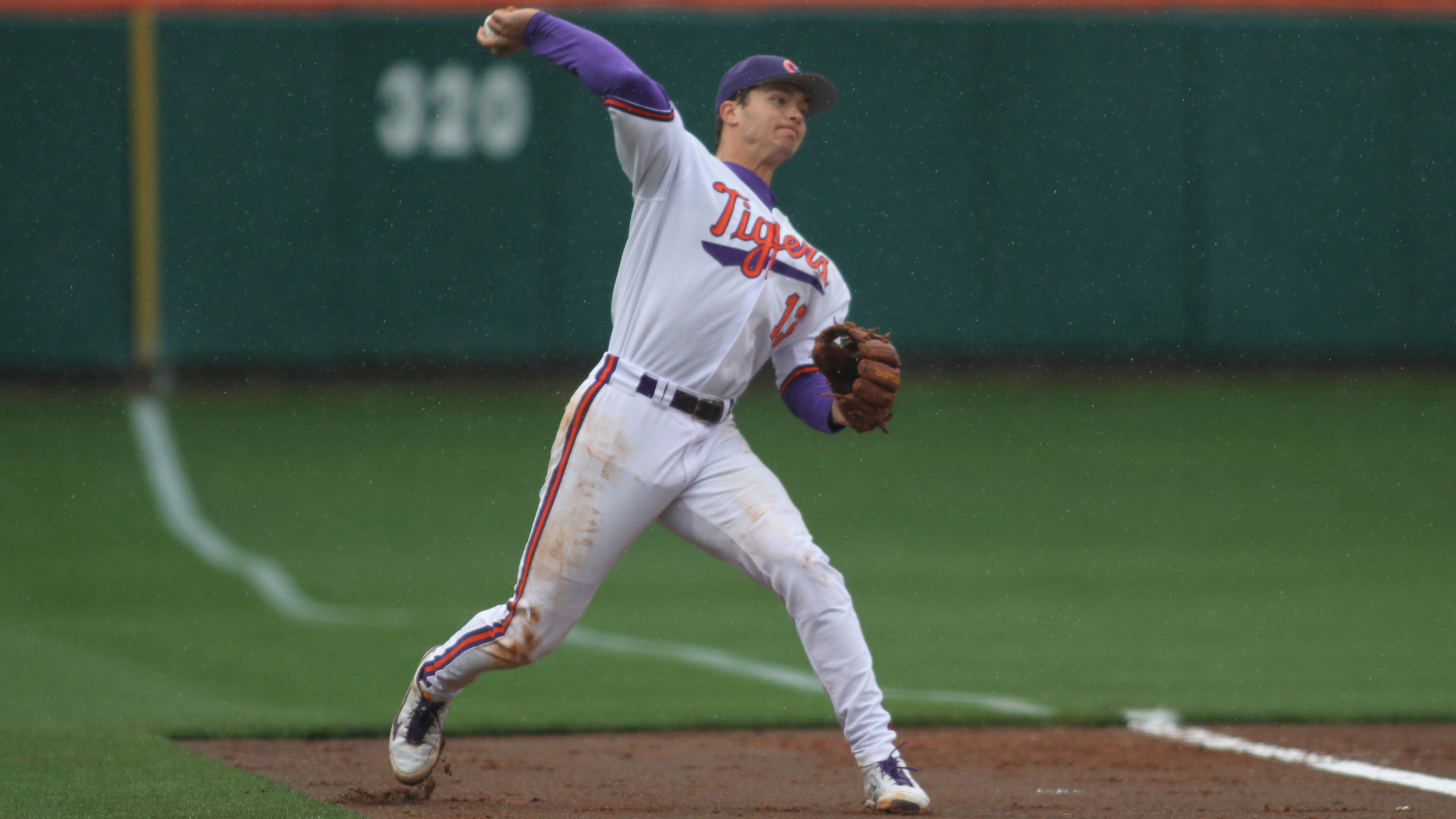 Tigers to Face Furman Tuesday at Home, Wednesday in Greenville

Clemson vs. FurmanClemson (32-15), ranked as high as #15 in the nation, will play Furman (26-20) in a home-and-home series on Tuesday and Wednesday. The two teams will face off on Tuesday (6:30 PM) at Doug Kingsmore Stadium in Clemson, then the two teams will match up on Wednesday (7:00 PM) at Fluor Field in Greenville.

Food Drive at Fluor Field on WednesdayThe staff of the Greenville Drive will be collecting canned goods prior to and during the Clemson vs. Furman baseball game at Fluor Field on Wednesday. The Greenville Salvation Army is in need of canned foods, and more importantly, dry goods such as rice, pasta, cereals, etc. The Salvation Army’s Food Pantry serves close to 10,000 Greenville residents each year with food bags for families and serves approximately 170,000 meals per year for Greenville’s less forntunate.

The SeriesClemson and Furman have met 201 times on the diamond, with the Tigers leading 140-57-4 in the series dating to the 1896 season. Clemson’s first two games in school history were against the Paladins, both losses in 1896, which were the Tigers’ only games that season. The two teams have played at least one game every year since 1983.

The Starting PitchersIn game-one, Furman will start junior lefthander Ryan Dittmar (2-1, 3.86 ERA) on the mound. The Follansbee, WV native, who will be making his first career start, has made 17 relief appearances for a total of 16.1 innings pitched. He has allowed 14 hits (.233 opponents’ batting average) and 11 walks with nine strikeouts.

The Tigers will counter with freshman righthander Brody Koerner (0-1, 3.43 ERA) on Tuesday. The Concord, NC native has made five relief appearances and three starts for a total of 21.0 innings pitched. He has surrendered 20 hits (.250 opponents’ batting average) and 15 walks with 20 strikeouts.

Both teams’ starting pitchers for Wednesday’s game have yet to be determined.

The PaladinsFurman, led by 20th-year Head Coach Ron Smith, enters the series against #15 Clemson with a 26-20 overall record and 12-15 SoCon mark after defeating Georgia Southern twice in three games on the road over the weekend. The Paladins, who have won four of their last five games, are 13-9 on the road in 2013.

Alex Abrams is hitting .323 with five homers and 28 RBIs, while Taylor Johnson is batting .310 with 13 doubles, nine home runs, and 45 RBIs. Chris Ohmstede has added a team-high 10 homers and 34 RBIs, while Will Muzika (21) and Hunter Burton (10) both have double-digit steals.

The pitching staff has a 5.01 ERA and .280 opponents’ batting average along with 336 strikeouts against 195 walks in 422.0 innings pitched. Sophomore righthander Matt Solter has seven of the team’s 12 saves in 23 relief appearances. Furman, who has allowed 62 steals in 81 attempts, is fielding at a .960 clip as well.

The TigersClemson, ranked as high as #15 in the nation, enters the series against Furman with a 32-15 overall record and 17-10 ACC mark after winning two of three games over Maryland at home on Saturday and Monday. The Tigers are 22-9 at home and 9-6 on opponents’ home fields in 2013.

Garrett Boulware is hitting .308 with seven doubles, one triple, seven homers, and 39 RBIs. Shane Kennedy has added a .304 batting average and a team-best .400 on-base percentage. Thomas Brittle has a team-high 15 steals as well.

The pitching staff has a 3.04 ERA and .262 opponents’ batting average in 427.0 innings pitched. The staff has allowed 145 walks against 301 strikeouts, good for a 2.08 strikeout-to-walk ratio. Junior righthander Matt Campbell has seven of the team’s 14 saves, while senior righty Scott Firth has added four saves. The Tigers are fielding at a .970 clip as well.

Tigers 12-3 All-Time at Fluor FieldFluor Field, the home of the Boston Red Sox A affiliate Greenville Drive since 2006, is modeled after Fenway Park, with identical field dimensions and a “Green Monster.” The Tigers have played 15 games at the ballpark since 2007 and are 12-3.

Winning Seasons the NormThe Tigers have had a winning record every year since 1965. And with its 31st victory in the first game of a doubleheader against Maryland on May 6, Clemson is guaranteed a winning record in 2013 for the 49th season in a row. That 49-year streak spans just two head coaches, Bill Wilhelm (29 seasons) and Jack Leggett (20 seasons).

Clemson has also had a non-losing record, which includes seasons with equal number of wins and losses, every season since 1958, a year after going 6-12 in 1957. Wilhelm took over as head coach of the Tiger program in 1958, therefore the Tigers have not had a losing record since he took over. Clemson had a 13-13 record in 1964.

The Tigers’ 56-year streak of non-losing records is tied for the third-longest active streak in the nation, trailing only Florida State (65) and Saint John’s (62), while Clemson is tied with Miami (FL). Saint John’s has a 20-30 record in 2013.

Baum Doing the Little ThingsSophomore utility player Jay Baum (Alpharetta, GA) has done the little things to contribute to Clemson’s success in 2013. He has 10 stolen bases and a team-high five sacrifice bunts. Baum has also made many highlight-reel plays at third base and has a .938 fielding percentage thanks to committing only seven errors.