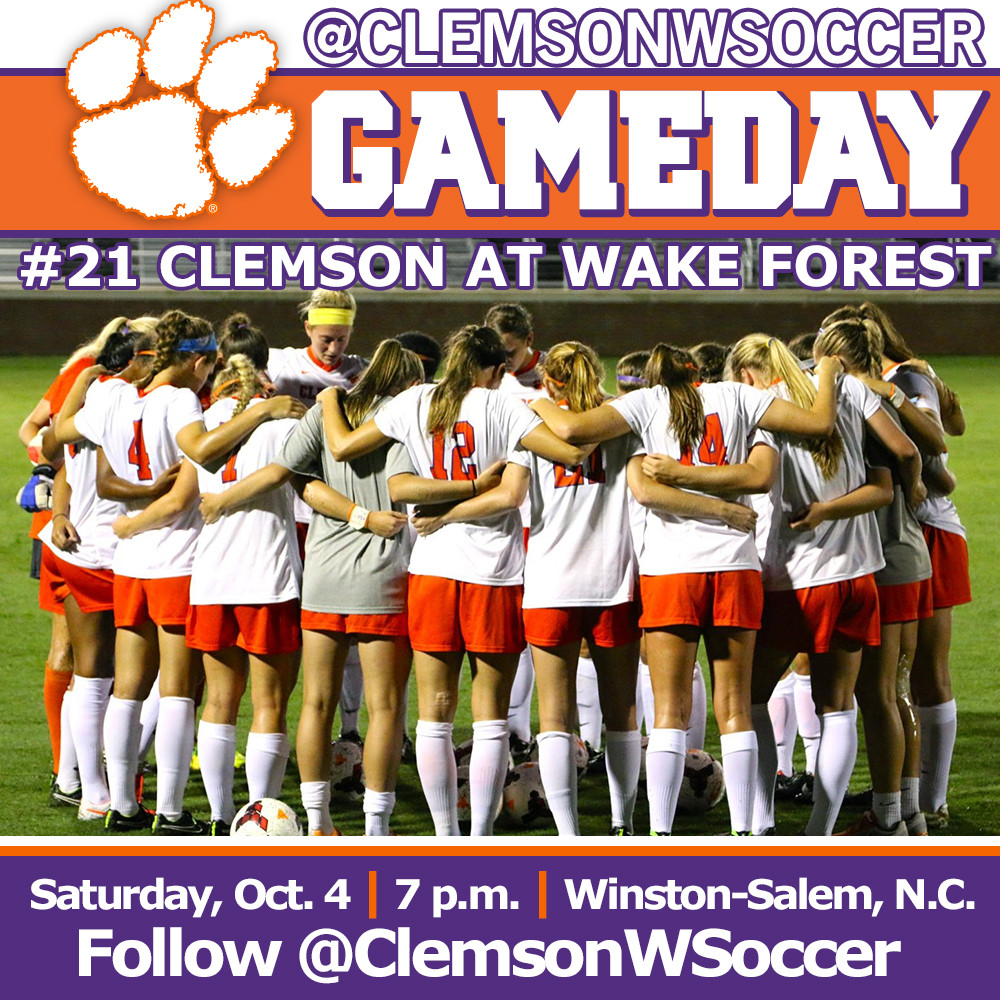 The Tigers are 8-2-1 on the season and 1-2 in the ACC, most recently defeating Boston College on the road 1-0 on Sunday, Sept. 28 in Waltham, Mass. Clemson is listed 19th in this week’s RPI rankings, and is ranked in the top 25 of all three polls this week, including as high as 21st according to the NSCAA.

Sophomore Tori Andreski and freshman Salma Anastasio lead the Tigers in scoring, each with four goals and two assists for 10 points on the season. Sophomore Catrina Atanda also has four goals to lead the team, along with Andreski and Anastasio, in that category. In all, 12 different Tigers have scored at least one goal so far this year. Freshman Shannon Horgan ranks first on the team, and is tied for third in the Atlantic Coast Conference, with six assists. Sophomore keeper Kailen Sheridan has posted 23 saves and only seven goals allowed in 843 minutes played in goal.

Clemson leads the all-time series with Wake Forest with a 12-9-3 advantage, although the Demon Deacons have won seven in a row and are 5-4-1 against the Tigers in Winston-Salem. In the 2013 meeting between the two teams, Clemson fell to the Demon Deacons by a score of 1-0 at Historic Riggs Field.