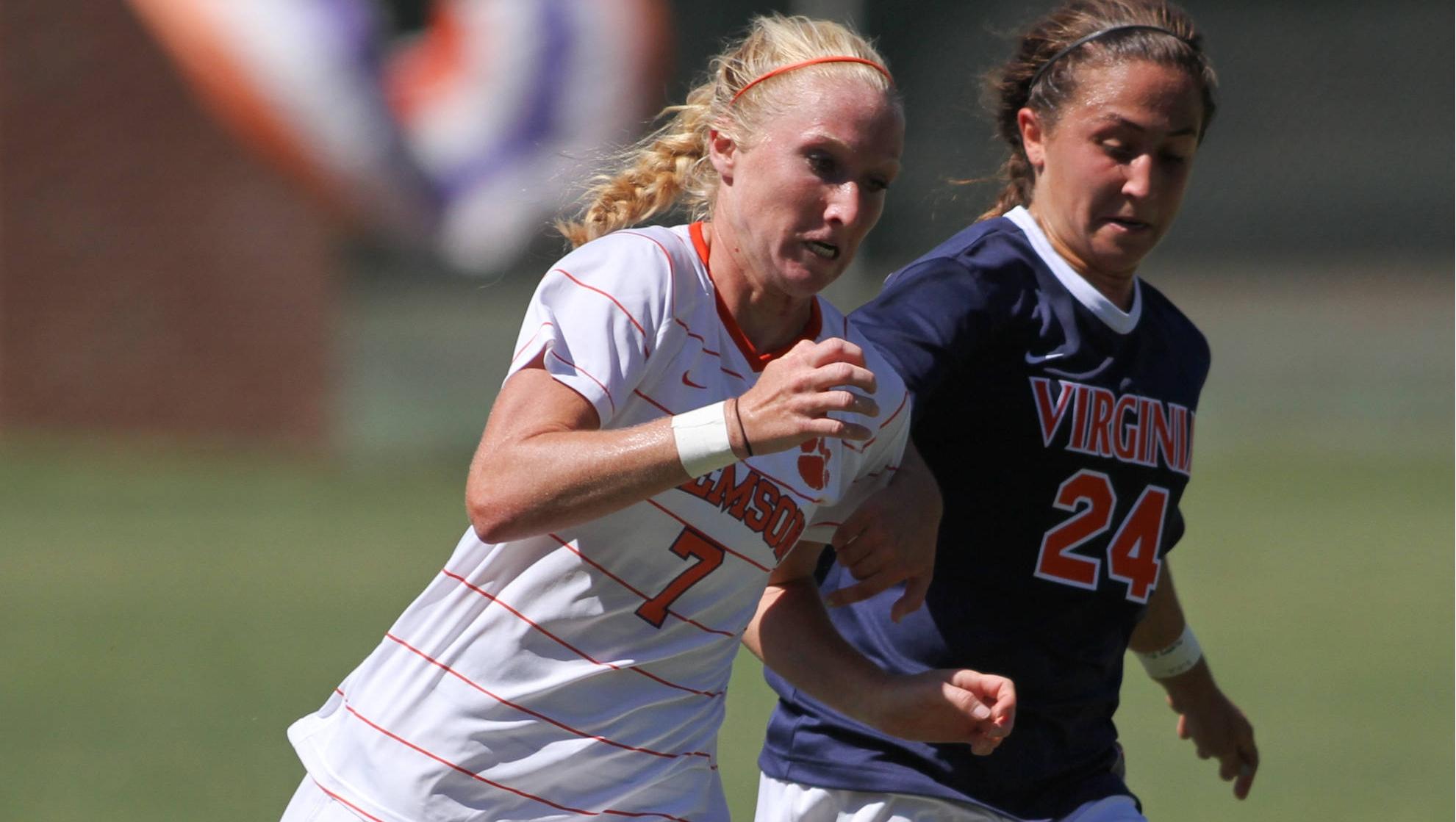 Tigers to Face #4 Duke, #13 Wake Forest on the Road This Week

CLEMSON, SC – The Clemson women’s soccer team will face two top-13 ranked teams on the road this week as they travel to the state of North Carolina to face #4 Duke and #13 Wake Forest.  The Tigers will meet the fourth-ranked Blue Devils on Thursday at 7:00 PM in Durham, before traveling to Winston-Salem to take on the 13th-ranked Demon Deacons on Sunday at 1:00 PM.

Clemson has a 5-4-2 overall record (0-3 ACC), most recently falling to #5 Virginia by a score of 1-0 in a hard-fought defensive contest at Historic Riggs Field on Sunday, September 23.  Sophomore forward Liska Dobberstein leads the Tigers in goals and points, with four and eight, respectively.  Junior forward Tabitha Padgett ranks second on the team in scoring with two goals and three assists for seven points.

Senior midfielder Maddy Elder is third with six points on six assists.  The six assists place Elder in a tie for first in the Atlantic Coast Conference in assists, and in sole possession of first in assists per game (0.60) among all conference players.  Freshman keeper Hunter Rittgers has posted 41 saves in over 1001 minutes in goal for the Tigers.  The 41 saves rank second among ACC goalkeepers.

Duke, ranked fourth by the NSCAA and fifth by Soccer America, is 7-2-1 overall and 1-1-1 in the ACC, after defeating Miami (3-2, OT) on the road and tying Maryland (2-2, 2OT) at home in its most recent action.  Laura Weinberg leads the Blue Devils in scoring with nine goals and four assists for 22 points.  Tara Campbell has 23 saves in 812 minutes in goal for Duke.

The Tigers have an 11-10 record all-time in the series against the Blue Devils, which dates back to the 1994 season.  Last year’s meeting between the two teams resulted in a 2-0 win for then-fourth-ranked Duke at Historic Riggs Field on September 25.

Wake Forest, ranked 13th according to Soccer America and 15th by the NSCAA, has an 8-3-1 overall record and a 2-2 ledger in conference play, after defeating Boston College (2-0) and falling to Maryland (2-1) in home games last week.  Ally Berry has two goals and four assists to lead the Demon Deacons in scoring with eight points.  Goalkeeper Aubrey Bledsoe has 25 saves and has played all 1100 minutes of the season in goal for Wake Forest.

Clemson has a 12-7-3 advantage in the series against Wake Forest, which also dates back to 1994.  In the most recent matchup between the Tigers and Demon Deacons on October 23, 2011, the then-third-ranked Demon Deacons won by a score of 4-0 at Historic Riggs Field.