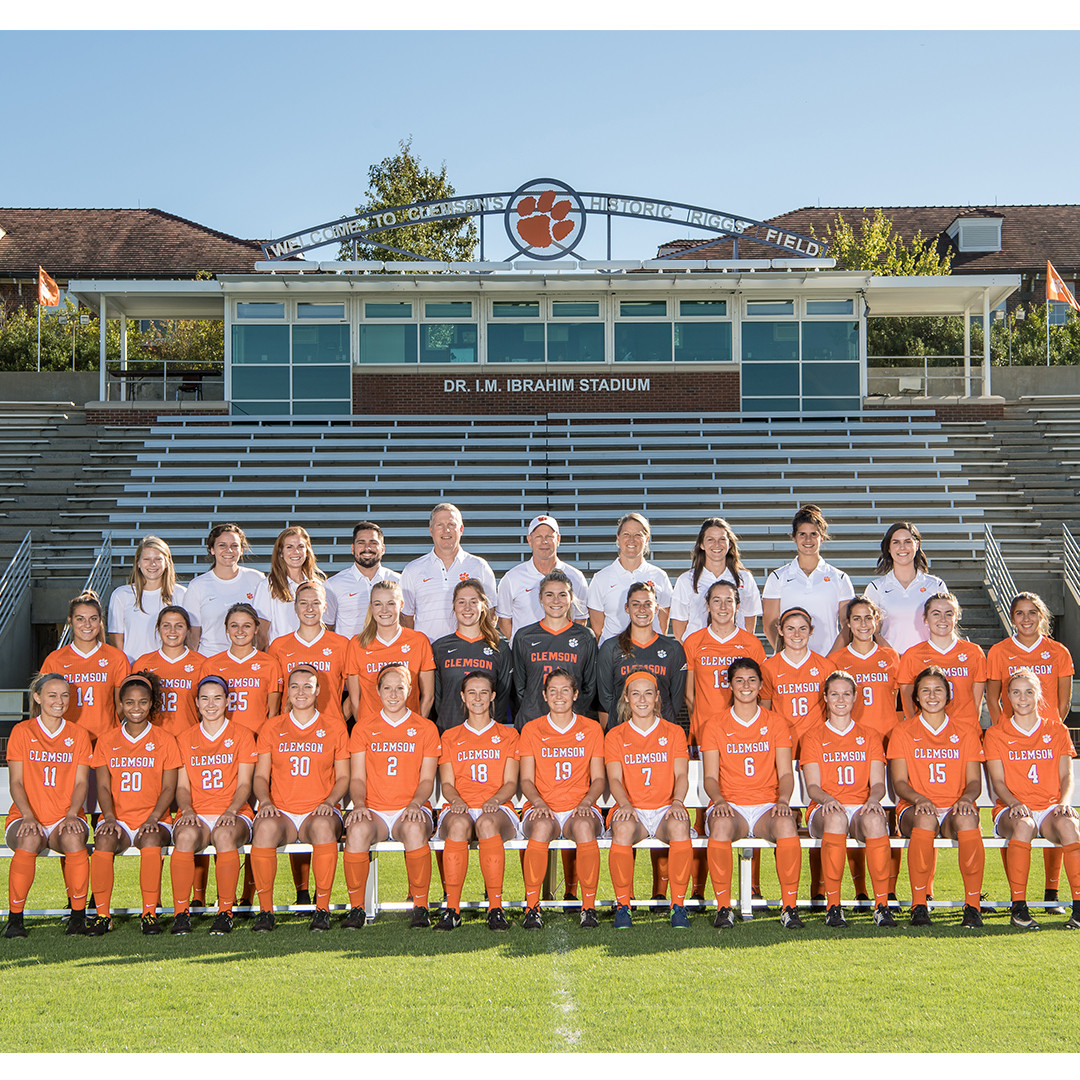 DURHAM, N.C. – In a game in which the Clemson women’s soccer team was dominant on offense, it was a heartbreaking round of penalty kicks that decided the NCAA Second Round match in Durham, N.C., as Texas advanced 6-5. The teams were tied 1-1 at the end of 110 minutes of action, in a match in which the Tigers outshot the Longhorns 20-7 and hit the post twice. Clemson concludes the season at 10-5-4, while Texas, a No. 4 national seed in the tournament and the 18th-ranked team in the nation, is 14-3-3 and now heads to the NCAA Sweet 16 on Sunday.

The Tigers’ best chance in the first half came in the 43rd minute, as Miranda Weslake sent a cross in from the left side that found Jenna Polonsky in front of the goal. Polonsky tapped the ball out to Mackenzie Smith, who launched a shot from eight yards that hit the post.

Clemson started the second half looking strong offensively, with several good scoring opportunities in the first 15 minutes, but could not find a way to capitalize. In the 61st minute, the Longhorns put the game’s first goal on the board as Cyera Hintzen got behind the Tiger defense and chipped a shot over Sandy MacIver’s head to take a 1-0 lead.

For the second straight match, the Tigers only looked stronger after going down a goal, putting even more offensive pressure on the Longhorns. They took 10 shots in the second half, compared to Texas’s five, and finally got the equalizer with 3:46 remaining. Mariana Speckmaier sent a beautiful pass into the box, finding the foot of Patrice DiPasquale, who scored into the right side of the net for her second goal of the season to send the game to overtime.

The Tigers continued to be dangerous in the two 10-minute overtime periods, taking seven shots and one on goal, compared to the Longhorns’ one shot with zero on goal, but the score remained tied at 1-1 and the game headed to penalty kicks.

Each team had one miss through the first five rounds of penalty kicks, resulting in a 4-4 score. Both teams were successful in the sixth round, but in the seventh round, Texas made and the Tigers’ shot was saved, and the Longhorns advanced 6-5 in penalty kicks.

It was a very solid season for Head Coach Eddie Radwanski’s young Tiger team. After losing 12 letterwinners and nine starters from the 2016 team that reached the NCAA Sweet 16 a year ago, the squad of 17 underclassmen (nine freshmen and eight sophomores) picked up 10 wins and played some of its best soccer in the NCAA Tournament.

Graduate Jenna Polonsky and seniors Jeni Erickson and Shannon Horgan concluded their Clemson careers with four consecutive trips to the NCAA Tournament. It is the first senior class that has accomplished that feat since the seniors on the 2012 Tiger team.

“What a great game our team played tonight. I was very proud and impressed, especially from the second half on with our ball possession, combination play and our attacking… our only contrastive critique would be we had opportunities to put the ball in the net and weren’t able to finish.  Another good response, but we made a mistake, and credit to Texas for taking advantage of it and scoring a goal. Our kids again persevered and kept after it and tied the game up, and we kind of thought there that it would be ours to take. Sometimes the game can be a little bit cruel, and in this NCAA Tournament, a big part of it is trying to find a way to advance, and I give credit again to Texas on finding that way to advance.

I walked away from the field feeling really good about our performance…we played some of our best soccer tonight. We got a lot of wonderful contributions and excellent performances…I feel for the kids because they deserved a little bit more, but that can happen in our game. I told our team that I walked away from the field with a good feeling in my heart because I was proud of the performance that took place out there. I am always a believer that if we play like that, if that is part of our standard and our consistency, more times than not, we will feel really good and the result is going to go our way. Tonight was one of those moments that didn’t go our way, and that doesn’t take away the fact what we have been able to accomplish with this young team.”

“I am very thankful and appreciative of what our seniors gave to our team and our program. All three of them were contributors in us winning the ACC Championship last year and have made four NCAA appearances. Jenna Polonsky has been with me for six years…not sure what I am going to do without her next year. It is going to be weird. I am really proud of what Jenna did this year…she wanted to come back, lead the team and wanted to be the person who could impact and lift a group, and she was able to it. I am really happy for her and what she has done, not only on the field but off the field…getting her degree and working towards her masters. She has an extremely bright future ahead and has given us more than what we could have expected.

Jeni is a great human being. She is one of our leaders and has a heart that is as big as a lion. She got her head on so many balls in her career and scored some important goals for us and did a lot of the dirty work that doesn’t always get recorded…we wouldn’t have been in the position that we were in tonight if it wasn’t for players like Jeni.

Shannon…our first true left-footed recruit that we finally got in. She was a good piece that helped us achieve that ACC championship last year. Having her experience and technical ability on the ball was such a huge asset this year…you give the ball to Shannon, and it sticks like glue. She is going to have an opportunity to play professionally, and I hope she will have a wonderful career and take her game to a new level.

I am really thankful for all three of our seniors. As I told them to not be sad that it happened, but smile about the experience that we just had, because there is a bigger picture here. They gave a lot to the #ClemsonFamily, and the #ClemsonFamily is proud of them.”