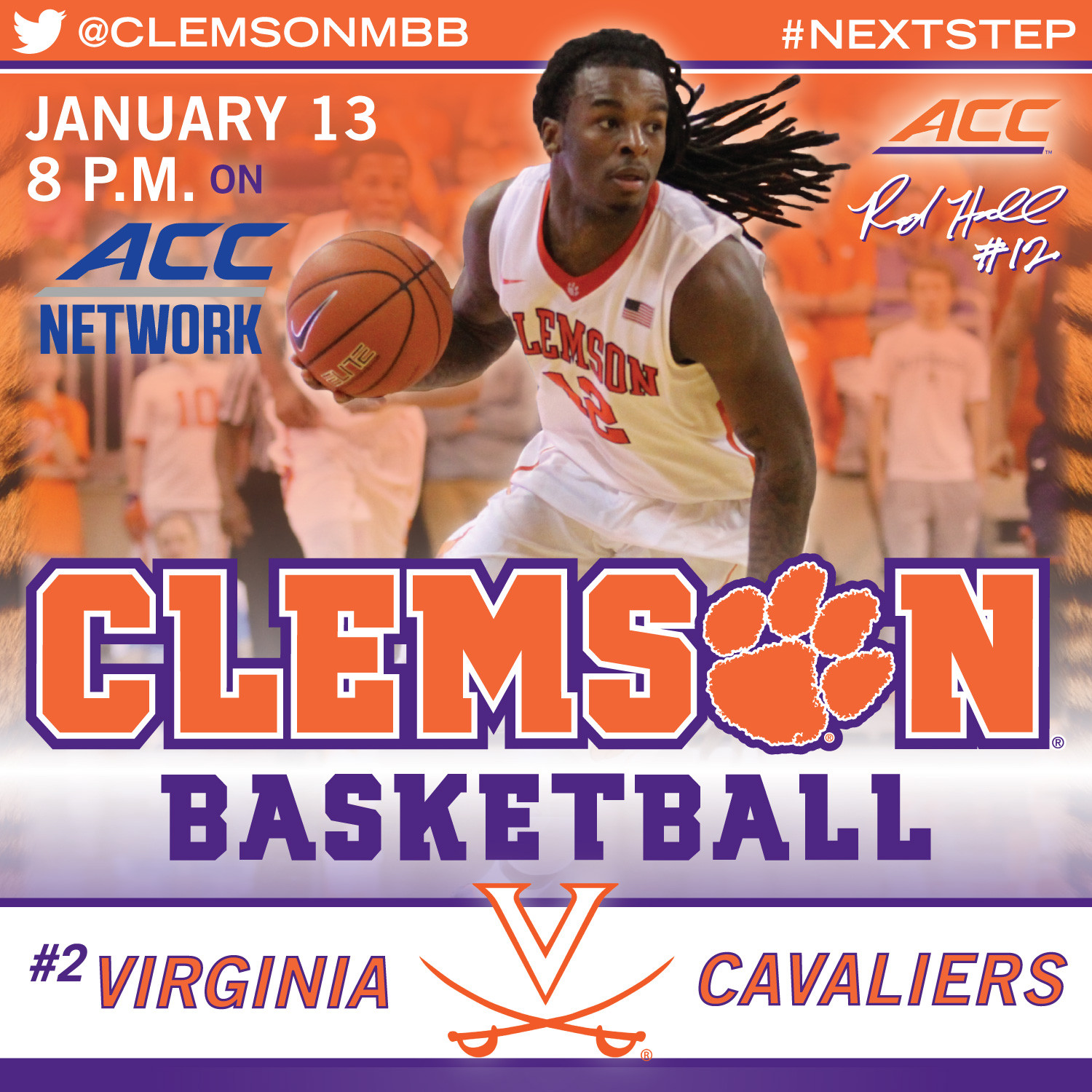 Tigers Take on No. 2 Virginia Tuesday

• Clemson is coming off its first ACC win of the season, 71-62 at Pittsburgh. The victory was only the 28th against the Panthers in Petersen Events Center since it opened in 2002.

• The win at Pitt was Brad Brownell’s 250th as a head coach.

• In the victory over the Panthers, the Tigers owned a +17 rebound margin. It was the largest rebound advantage over a Pittsburgh team since Georgetown recorded the same figure in 1999.

• Clemson has a chance Tuesday to match its highest-ranked road victory. In 1976, Bill Foster’s first season, Clemson knocked off No. 2 Maryland, 82-77.

• The Tigers have defeated seven ranked UVa teams over the years, including 2011-12 when Brad Brownell’s team beat the Cavs 60-48 at home.

• Since Brownell became Clemson’s head coach in 2010, the Tigers and Cavaliers have ranked no worse than third in the ACC in scoring defense four straight seasons.

• The Tigers matched a season high with eight three-pointers at Pitt; Clemson’s .444 percentage was its highest of the season in 15 games.

• Clemson’s bench outscored Pitt 23-7 in the most recent game, including a career-high seven by Josh Smith and career-high tying eight from Sidy Djitte.