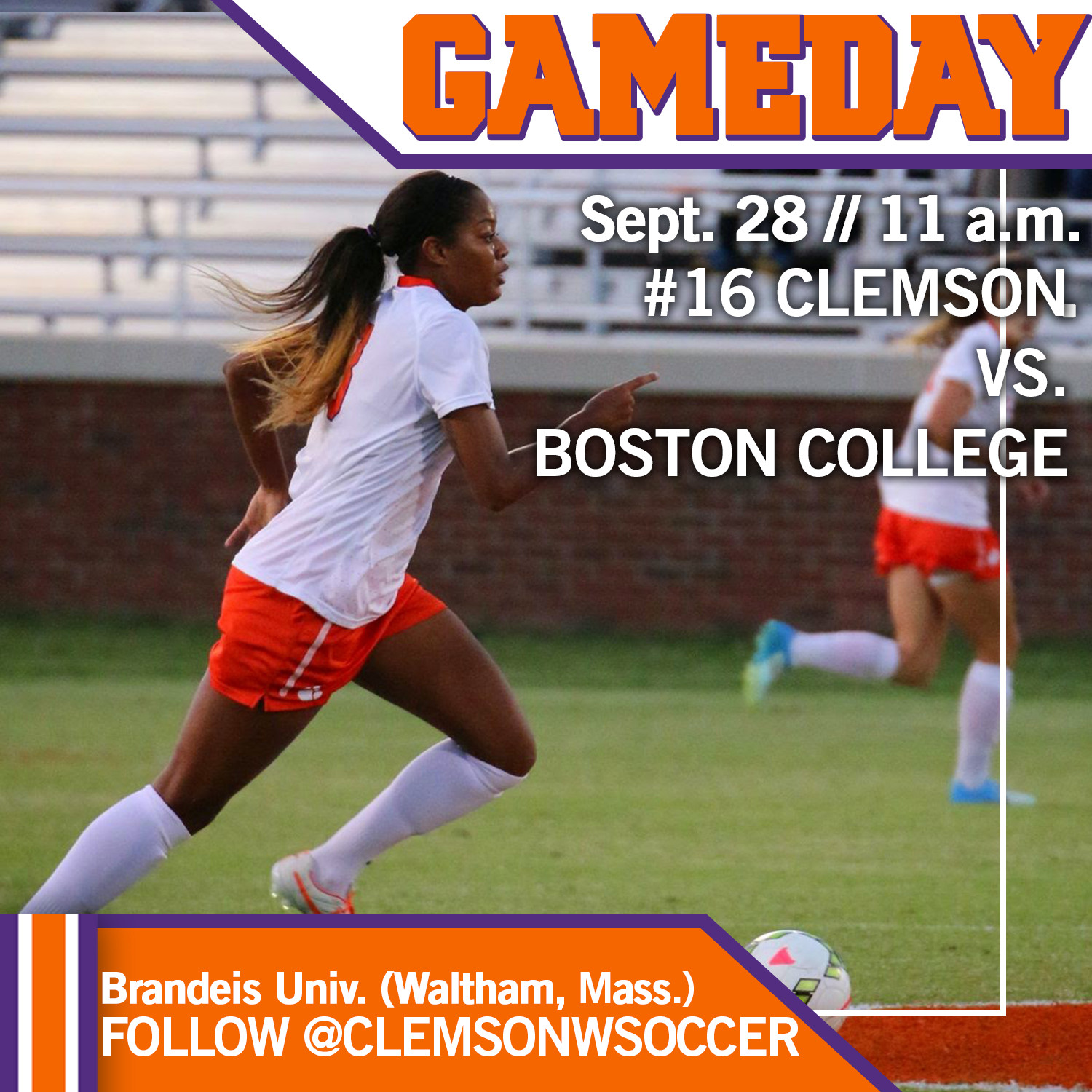 Tigers Take on Eagles Sunday Morning on the Road

CLEMSON, S.C. – The 16th-ranked Clemson women’s soccer team takes on Boston College Sunday at 11 a.m. The game, moved up from 1 p.m., will now be played at Brandeis University in Waltham, Mass. Follow @ClemsonWSoccer on Twitter for periodic game updates.

The Tigers are 7-2-1 and 0-2 in the ACC after losing 2-1 to #8 North Carolina Thursday night at Historic Riggs Field. Clemson is ranked as high as 16th in the NSCAA poll.

Sophomore Tori Andreski, sophomore Catrina Atanda, and freshman Salma Anastasio all have four goals on the season to lead the Tigers. In all, 12 different players have scored for Clemson. Kailen Sheridan leads the Tigers in goal with 21 saves and only seven goals allowed.

Boston College Is 8-3-0 on the year and 1-1 in the conference, most recently defeating Pittsburgh 3-1. Sophomore Haley Dowd leads the Eagles with eight goals on the season and senior Stephanie McCaffrey is close behind with six.

Boston College leads the series 7-2-1, although Clemson is 1-0 at neutral sites. In 2013, The Tigers beat the Eagles 2-0 at Historic Riggs Field.