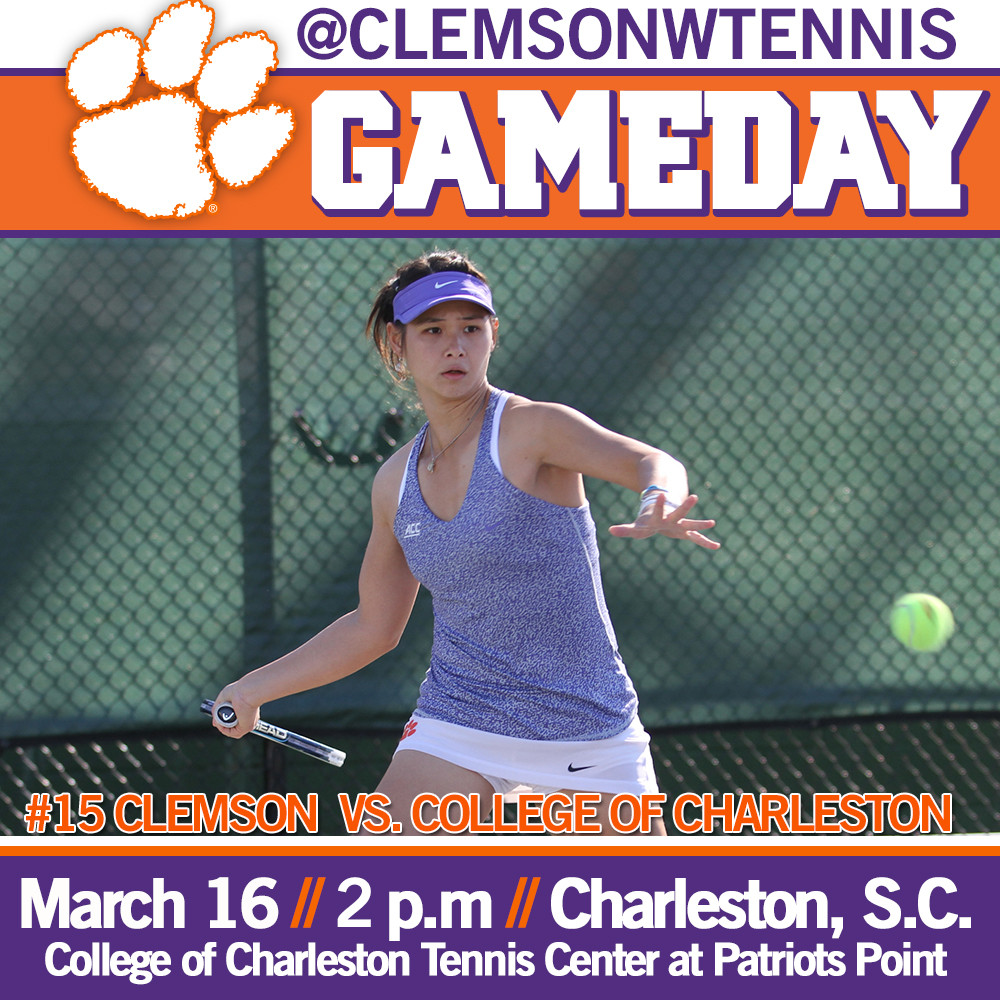 CLEMSON, S.C. – After a week off from play, the 15th-ranked Clemson women’s tennis team returns to action Monday, March 16 against the College of Charleston. The match is scheduled for 2 p.m. at College of Charleston’s Tennis Center at Patriots Point. Live stats and live video (doubles only) for the match can be found on cofcsports.com. Fans can follow on Twitter @ClemsonWTennis as well.

Clemson is 8-5 on the season and 4-1 in the ACC. The Tigers are coming off of a 7-0 win against Louisville on March 7th. Clemson boasts four ranked singles players and two ranked doubles teams.  Joana Eidukonyte is ranked 24th, Romy Koelzer is 43rd, Beatrice Gumulya is No. 95 and Jessy Rompies is No. 122. The Tigers maintain the best doubles team in the nation and Rompies and Gumulya have held the top spot for over a month. The duo is 22-1 overall and on a 13-match win streak. Koelzer and teammate Tristen Dewar are also ranked at No. 72.

College of Charleston enters the match at 3-10 overall. The Cougars are coming off of wins over Buffalo and UNC Greensboro in a doubleheader on March 14th.

The Tigers are 23-1 all-time against the Cougars and 3-0 in games played in Charleston.