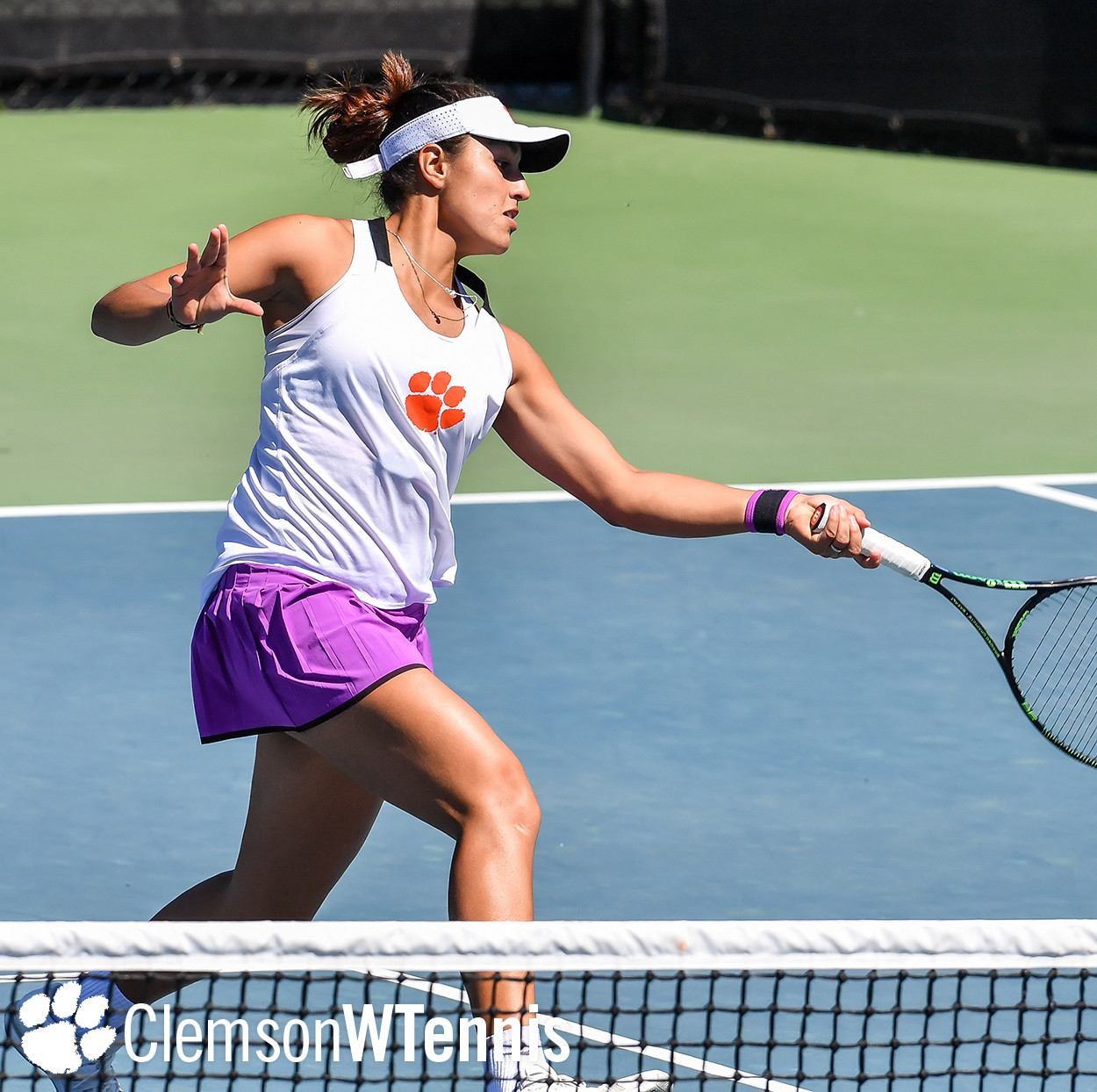 CORAL GABLES, Fla. – The Clemson women’s tennis team won the doubles point and the first singles match, but Miami responded with four-straight singles wins, claiming a 4-3 victory on Friday afternoon in Coral Gables. With the loss, the Tigers dropped to 9-11 (4-7 ACC), while the Hurricanes improved to 7-10 (5-6 ACC).

Ayan Broomfield and Marie-Alexandre Leduc, ranked 31st nationally, won 6-2 over their Hurricane opponent at No. 1 doubles, to improve to 11-3 in dual matches and 7-2 in ACC play. Fernanda Navarro and Daniela Ruiz followed with a 6-4 win at No. 3, their seventh straight doubles win. They are now 11-1 on the season and 8-1 in conference matches. The Tigers have won the doubles point in 13 of their 20 matches, and eight of their 11 ACC contests.

The Tigers remain in the state of Florida and head to Tallahassee for a Sunday contest against the Seminoles.