🙋‍♀️ GUIMBARDA GETS ANOTHER HIT TO SCORE CAGLE AND BONAMY‼️ 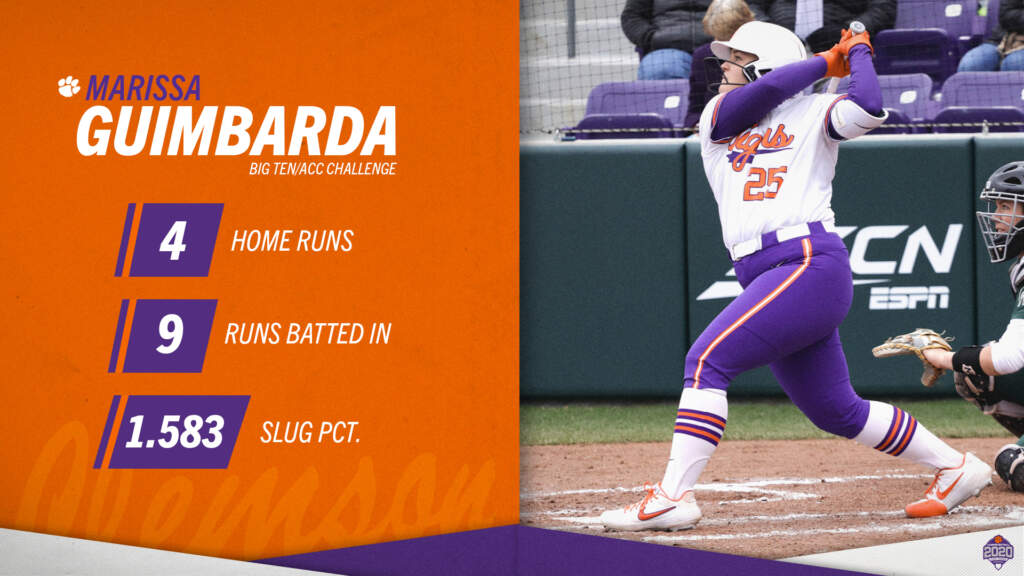 Freshman right-hander Logan Caymol was dominant in the tournament in the circle, going 3-0 with a 0.54 ERA and gave up just one earned run in 13.0 innings, with opponents hitting just .116.

She entered Sunday’s game in relief with the Tigers ahead 4-3 in the fifth, and improved to 5-1 on the season after the Spartans knotted the game at 4-4. Caymol and starter Valerie Cagle combined to fan 11, and gave up just one earned run.

In addition to her strong performance pitching, Cagle got it done offensively, going 7-for-15 with three homers and 10 RBIs. Four of Guimbarda’s six hits in the tournament left the yard, as she put up a 1.583 slugging percentage in the four games. Both Cagle and Guimbarda tallied their fifth home run of the season in the contest.

After Cagle's two-run shot two batters prior, Marissa Guimbarda homers to right center to tally her fifth HR of the season!

Caymol got out of a jam with runners on first and second with no outs before the Tigers rang up four runs in the sixth. Clemson senior MK Bonamy hit a hard ground ball to first, which allowed JoJo Hyatt and Cammy Pereira to score and gave the Tigers a 6-4 lead. Then, Guimbarda, who homered on four occasions in the last three days, drove the ball to right field to put Clemson ahead 8-4, scoring Cagle and Bonamy.

👏 MK Bonamy puts the ball in play and a Spartan error allows JoJo Hyatt and Cammy Pereira to score, giving us a 6-4 lead. 👏

Cagle’s fifth homer of the season put Clemson on the board first on a two-run shot to left-center field, scoring junior Grace Mattimore. In the second, the Tigers grasped a 4-1 lead after Mattimore drilled a line drive to right-center, which allowed pinch runner Carlee Shannon to score her fifth run of the season.

🎯🎯 Valerie Cagle gets us on the board with a two-run shot to left-center field. That's her fifth homer of the season!!

💪💪 Grace Mattimore sends a shot into the right-center field gap, scoring Carlee Shannon in the top of the second. That is Grace's fourth double on the season in just 17 at bats.

Shannon crosses the plate for the fifth time this season.

Up next, Clemson heads to UNCG on Tuesday. First pitch is scheduled for 3:30 p.m. Tuesday’s matchup against the Spartans is set to stream on the SoCon Digital Network. For live stats, visit bit.ly/ClemsonSBStats. 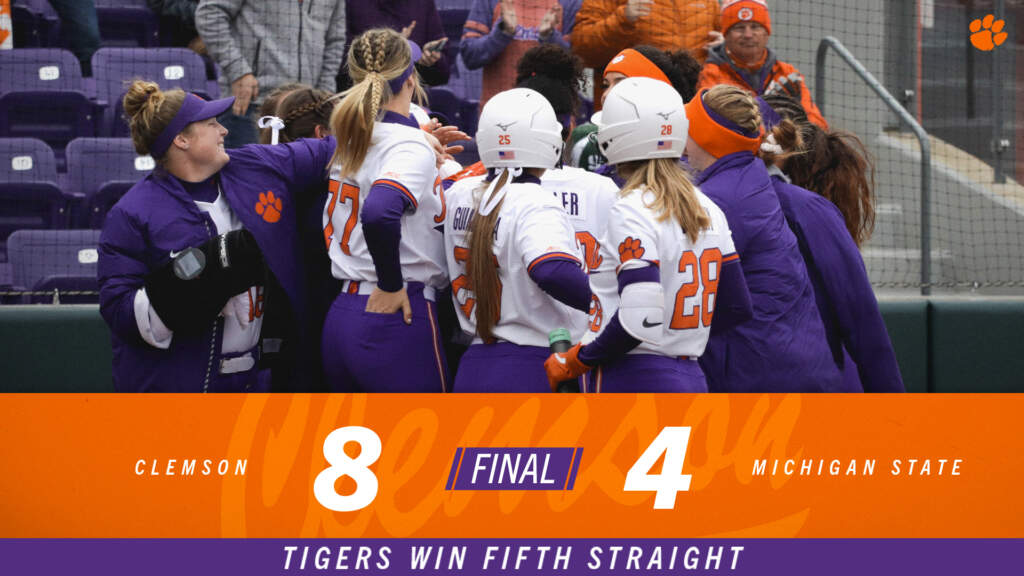