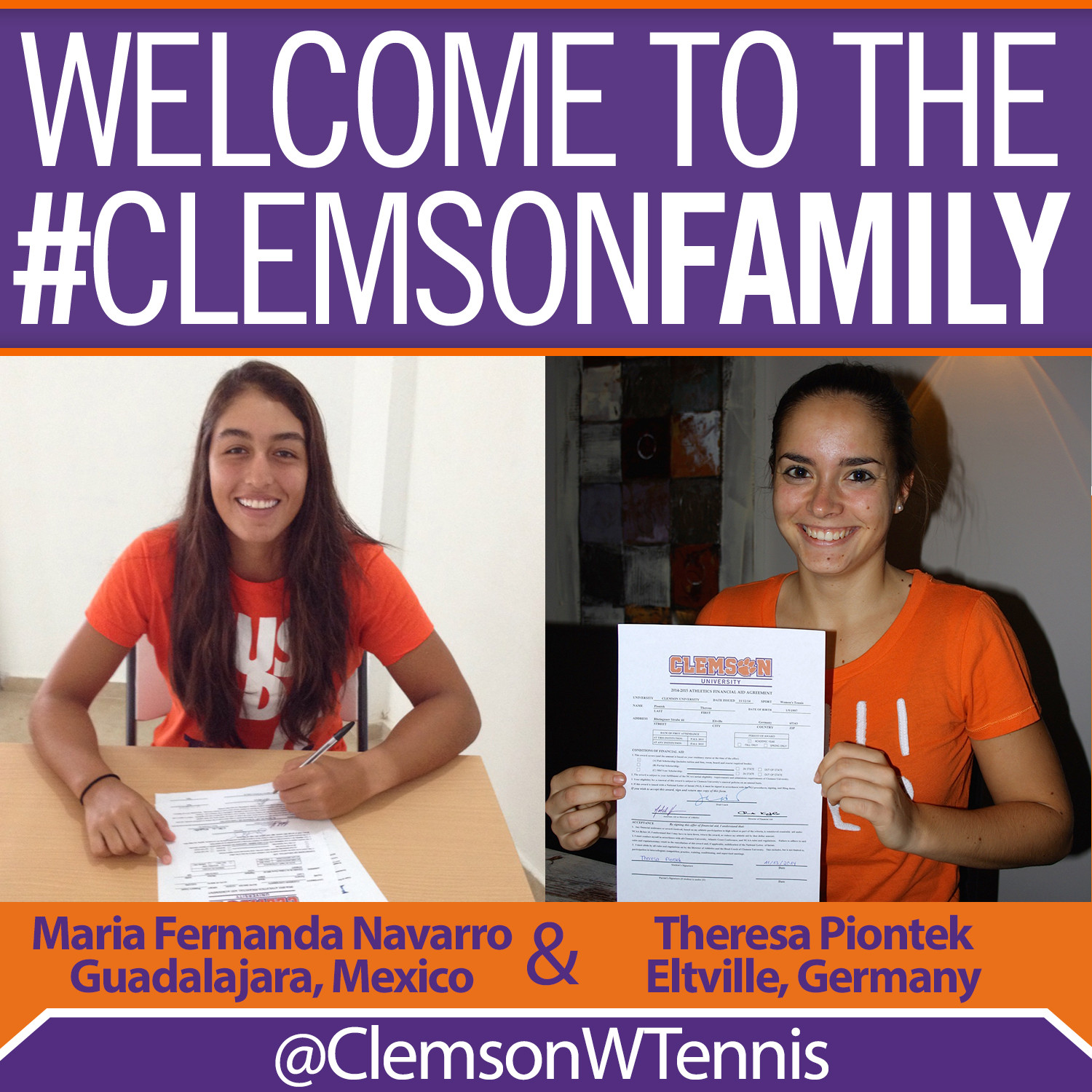 CLEMSON, S.C. – Head Coach Nancy Harris announced the signing of two players to National Letters of Intent on Friday afternoon. Maria Fernanda Navarro of Mexico and Theresa Piontek of Germany will join the Tigers for the 2015-16 season.

Navarro is a native of Guadalajara, Mexico. She has been ranked as high as 252nd in singles according to the ITF, and as high as sixth in Mexico, while her career-high doubles ranking is 881. Navarro won doubles titles at the Quintana Roo ITF tournament and at the Salsomaggiore Terme juniors tournament. She was also a singles semifinalist at the Condor de Plata juniors event.

Piontek hails from Eltville, Germany, a small town outside of Frankfurt. She is ranked in the top 100 of the German Women’s Open Division.