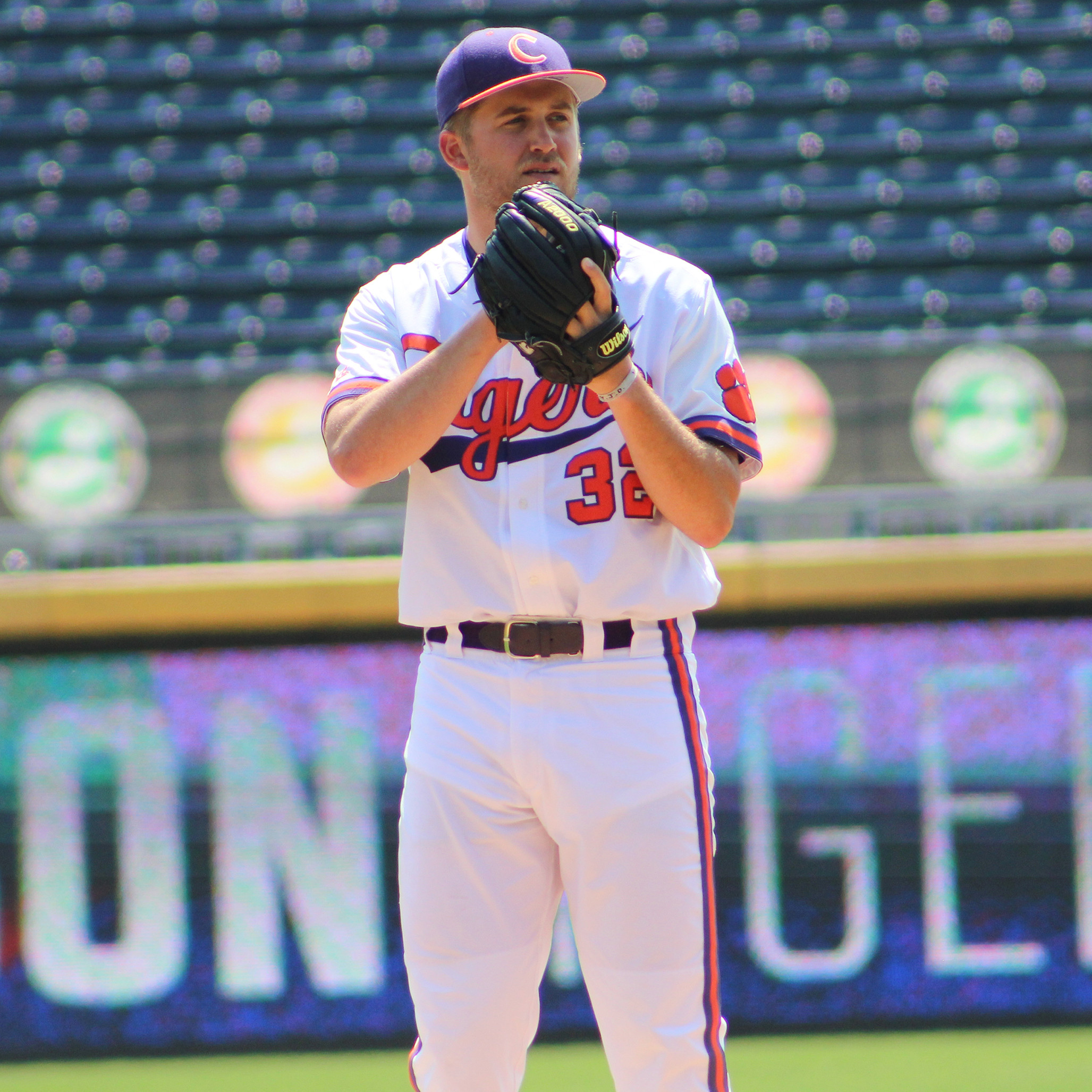 DURHAM, N.C. – Head coach Monte Lee said after Clemson’s win over No. 8 Virginia that his Tigers would have to be at their best to compete with No. 3 Louisville in their second ACC Tournament matchup, and he got their best and then some.

He got 8.2 strong innings pitched by Clate Schmidt, in which he surrendered just two earned runs and struck out six Cardinals while only walking one.

He got two home runs by Reed Rohlman, his first and second long balls of the season, in his first time batting in the seventh spot in the lineup this year. He got two more homers off the bats of Weston Wilson and Seth Beer, good for Beer’s 16th on the season.

And three of those four home runs came off Louisville’s ace, Brendan McKay, who entered the game with an 11-2 record and a 1.99 ERA along with First-Team All-ACC honors.

“Any time you’re playing a team like Louisville, you know that runs are at a premium,” said Lee. “You have to earn your runs. This is an extremely athletic lineup, and defensively, they have some dynamic athletes all over the field, so you have to earn every single run.

“Reed ran into two balls today and hit them pretty dang good. So you look at it, we scored two runs right there. Seth and ‘Wes’ hit some solo homers. We didn’t scratch out too many hits, but when we did, we made them count, and it’s all about taking your best swing and being on time.”

Lee also noted that the Tigers’ momentum in their come-from-behind victory was truly found on the mound in senior Clate Schmidt. The righthander hurled 126 pitches, 82 of them for strikes, in what was perhaps the game of his career at Clemson.

“Clate Schmidt…what can you say. It doesn’t get more gutsy than that,” praised Lee. “The guy is just an absolute warrior, and the one thing that you know, when Clate Schmidt pitches in big-time atmospheres and big-time games, he steps up, he elevates to the level of competition and when we need him the most, he got it done for us today.

“I can’t tell you how proud I am for him. It will go down in my mind as one of the more gutsy performances I’ve seen out of a starting pitcher. I can’t say enough about him and his toughness and competitiveness. That’s why we won today…because of Clate Schmidt’s toughness and our ability to find a way to put together some big at-bats against a really good starting pitcher.

“This is an unbelievable win for our program against what I think is arguably the best team in the country. For us to find a way, down early, to find a way to win this game, it says a lot about our ballclub and about our toughness.”

Clemson will have to maintain that toughness against Wake Forest on Saturday, and if the Tigers beat the Demon Deacons, they will advance to play in the championship game on Sunday, an opportunity that Schmidt does not take for granted.

“To be able to be in the position where we are potentially playing for the championship, it’s a huge thing for our team,” expressed Schmidt. “The confidence level that we have coming in right now in the postseason…it’s massive right now.

“These guys have come in day-in and day-out and been able to execute on the offensive side and the defensive side. They have picked us up time and time again throughout the year with pitching, and now that that’s starting to click, we’re really a force to be reckoned with.”