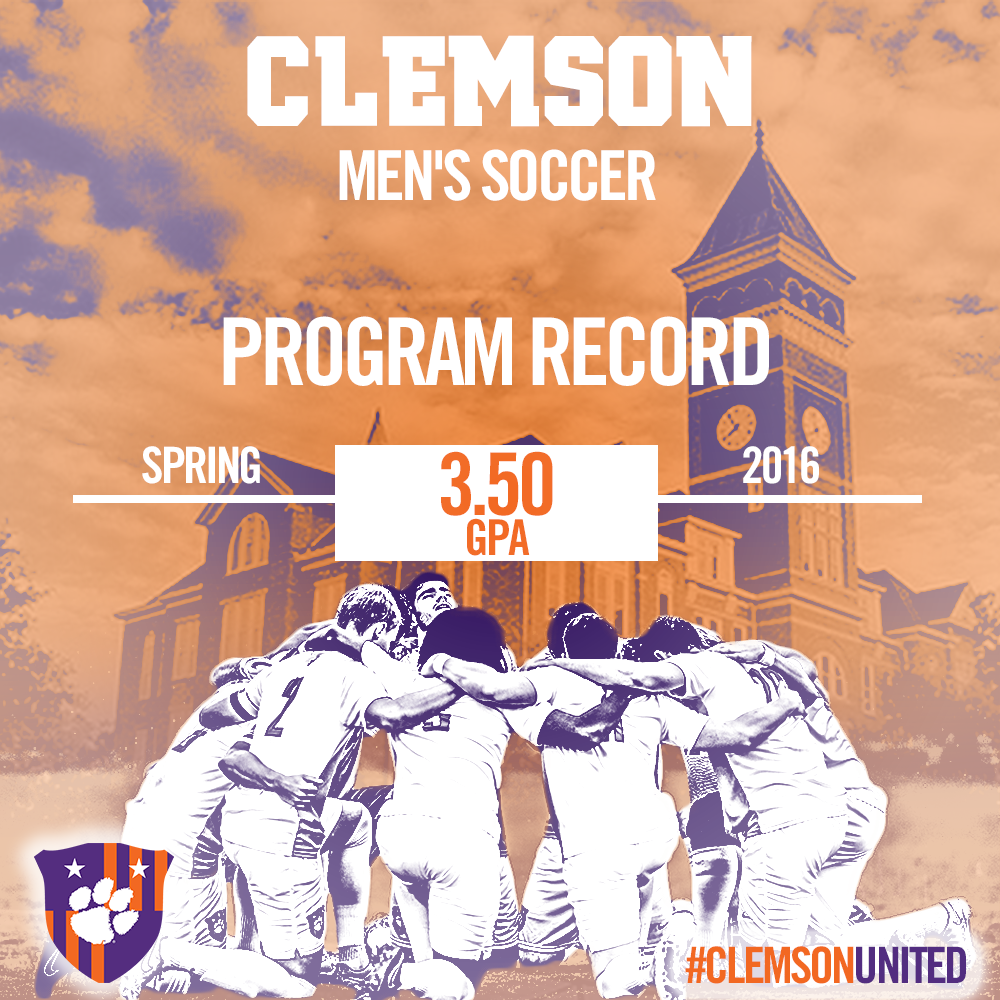 CLEMSON, S.C. – One semester after earning a national runner-up finish at the 2015 College Cup, the Clemson men’s soccer team continued its impressive run, this time breaking records in the classroom. The Tigers earned a 3.50 cumulative team grade point average for the spring semester of 2016, shattering the program’s previous record of 3.30 set a year ago in the spring of 2015.

This record-breaking academic performance came on the heels of the team’s 3.23 cumulative GPA in the fall of 2015, which was a program-record GPA for a fall semester. Head Coach Mike Noonan’s program has now had a team GPA above 3.00 for four straight semesters, dating back to the fall of 2014, when the Tigers amassed a 3.07 GPA in the classroom and won the 2014 ACC Championship on the field.

An impressive 20 of 25 players were named to Clemson’s Honor Roll for the semester, earning an individual grade point average of 3.00 or above for the semester. Of the 20, seven Tigers made the Dean’s List (3.5-3.99 GPA) and six more earned a perfect 4.00 GPA and a spot on the President’s List for the spring of 2016. The 20 Honor Roll recipients was just one off the record of 21, set in the spring of 2015.

The 3.50 GPA was the highest among all Clemson men’s teams in the spring, earning the program the Men’s Team Academic Award for the semester. It was also just 0.01 lower than the program with the highest GPA among all teams, the Tiger women’s soccer program (3.51).