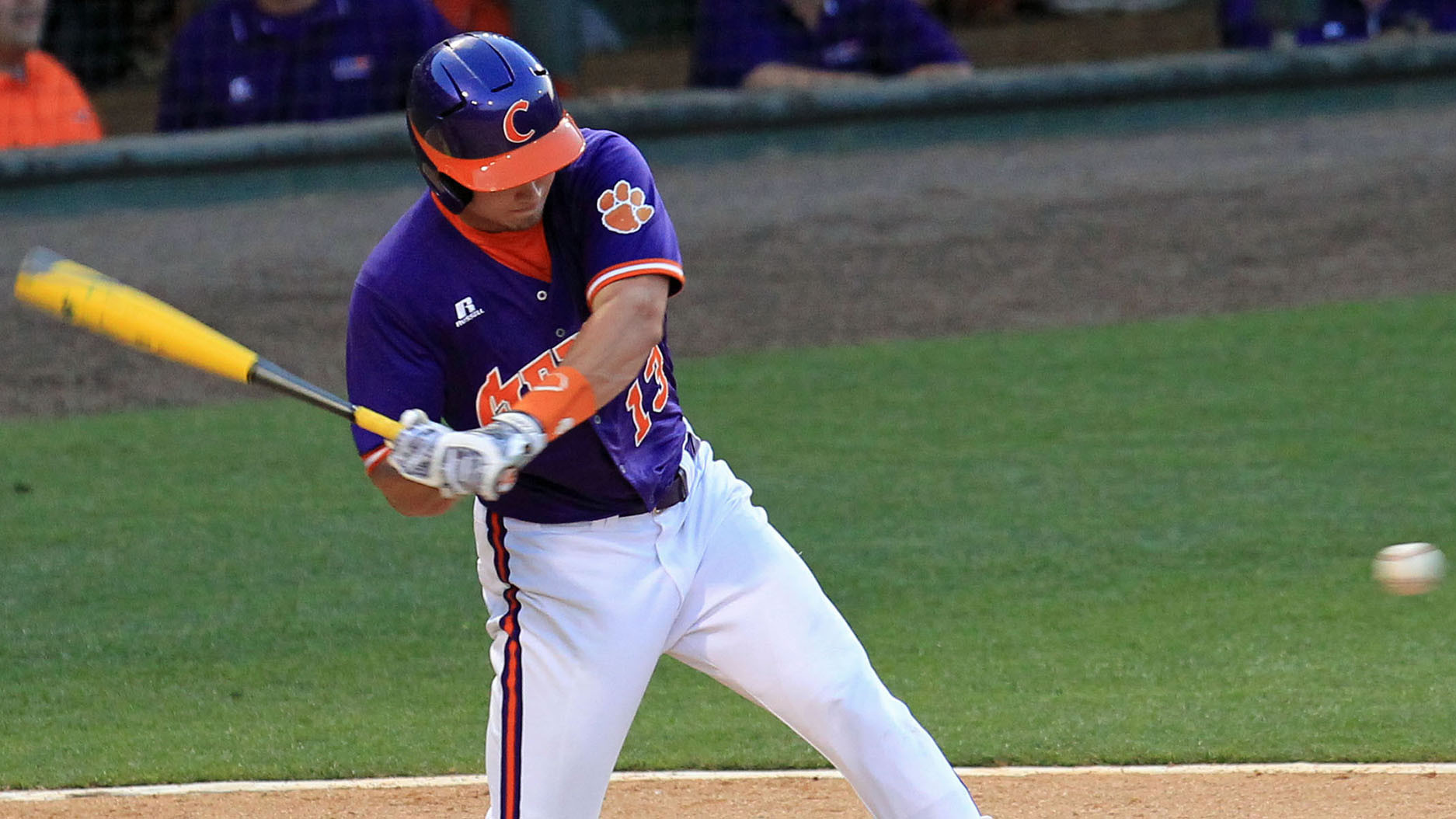 GREENVILLE, S.C. – Two runs scored on Shane Kennedy‘s fielder’s choice and an error on the play in the eighth inning to give Clemson the lead for good in its 7-2 win over Furman at Fluor Field on Tuesday night. The Tigers (32-21) won both games of the home-and-home season series against the Paladins (22-29) and upped its winning streak over Furman to 11. Clemson also improved to 8-0 against the Paladins at Fluor Field.

Trailing 1-0 in the fourth inning, the Tigers loaded the bases for Jay Baum, who laced a two-run single through the right side to give Clemson the lead. After the Paladins tied the score in the fifth inning, Clemson loaded the bases with one out in the eighth inning. Shane Kennedy‘s potential inning-ending double-play grounder was thrown away at first base, allowing two runs to score to give Clemson a 4-2 lead. Baum, who had a game-high three RBIs, followed with a two-out single to score Kennedy and the Tigers added two runs in the ninth inning.

Reliever Drew Moyer (4-1) earned the win by pitching 1.1 hitless and scoreless innings, while Ryan Dittmar (0-3) gave up two runs in the eighth inning and suffered the loss.

The Tigers conclude the regular season with a three-game series against Boston College at Doug Kingsmore Stadium starting Thursday at 6:30 p.m. Any youth under the age of 12 wearing a youth league jersey or camp shirt receives free admission.