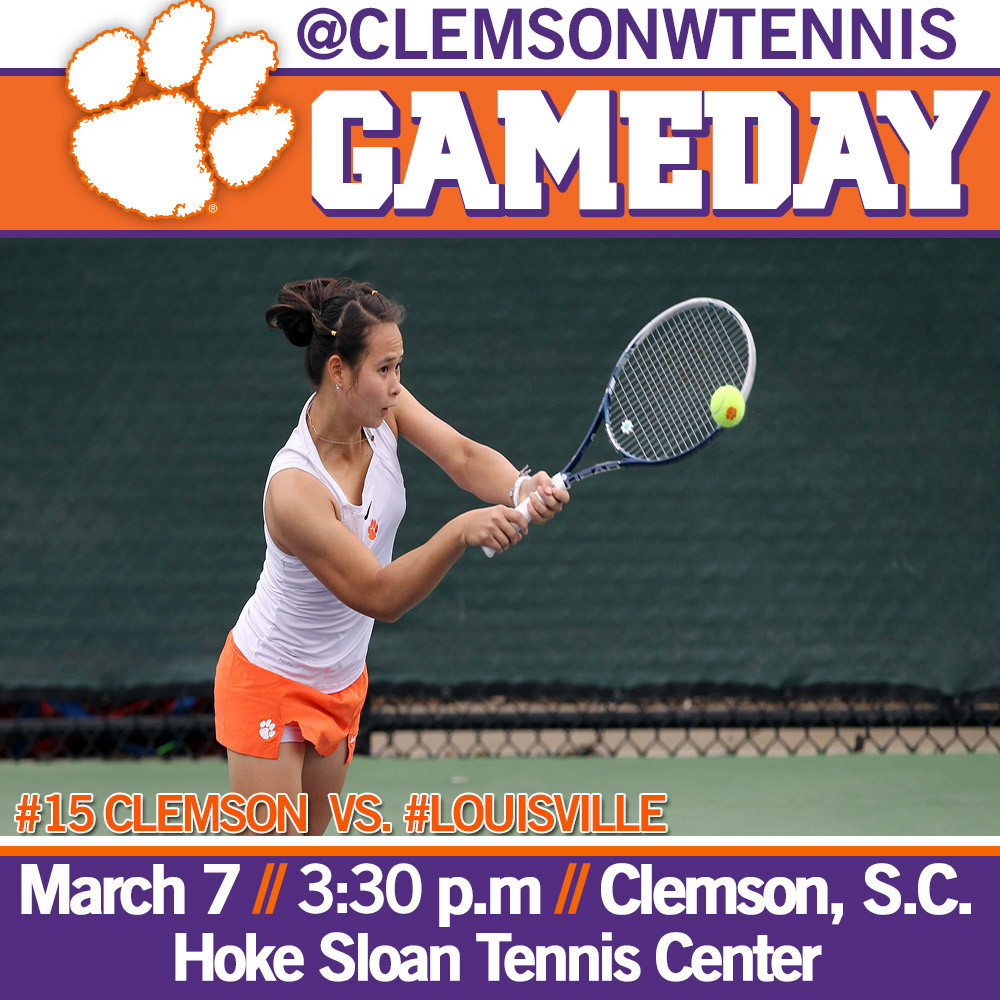 CLEMSON, S.C. – The 15th-ranked Clemson women’s tennis team returns home after three road conference matches, hosting Louisville on Saturday, March 7 at 3:30 p.m. The match will be played outside at the Hoke Sloan Tennis Center, weather permitting.  Live scoring for the match can be found on ClemsonTigers.com and updates will be on Twitter @ClemsonWTennis. Admission is free to the public.

The Clemson men’s tennis team will host a youth tennis clinic prior to Saturday’s match. The clinic is free, and will be held from 2-3 p.m. at the Hoke Sloan Tennis Center, on the two courts adjacent to the stadium courts.

The Tigers enter the match against the Cardinals with a 7-5 record and a 3-1 ledger in the ACC. Clemson is looking to rebound on Saturday as the team is coming off of a 7-0 loss at No. 20 Miami. Clemson boasts four ranked singles players and one doubles duo. Joana Eidukonyte is the Tigers’ highest ranked player at 20th. Romy Koelzer is ranked 58th, Beatrice Gumulya 82nd, and Tristen Dewar 119th. The duo of Gumulya and Jessy Rompies are ranked first nationally. The pair has a 21-1 record overall and a 3-0 mark in the ACC. They are 9-0 in dual matches this spring and are on a 12- match win streak.

Louisville is 10-6 overall and 2-2 in the ACC. The Cards are coming off of a 4-0 loss at Duke and play Georgia Tech in Atlanta on March 6 before heading to Clemson for the matchup with the Tigers.

Saturday’s matchup is the first ever between the two programs.