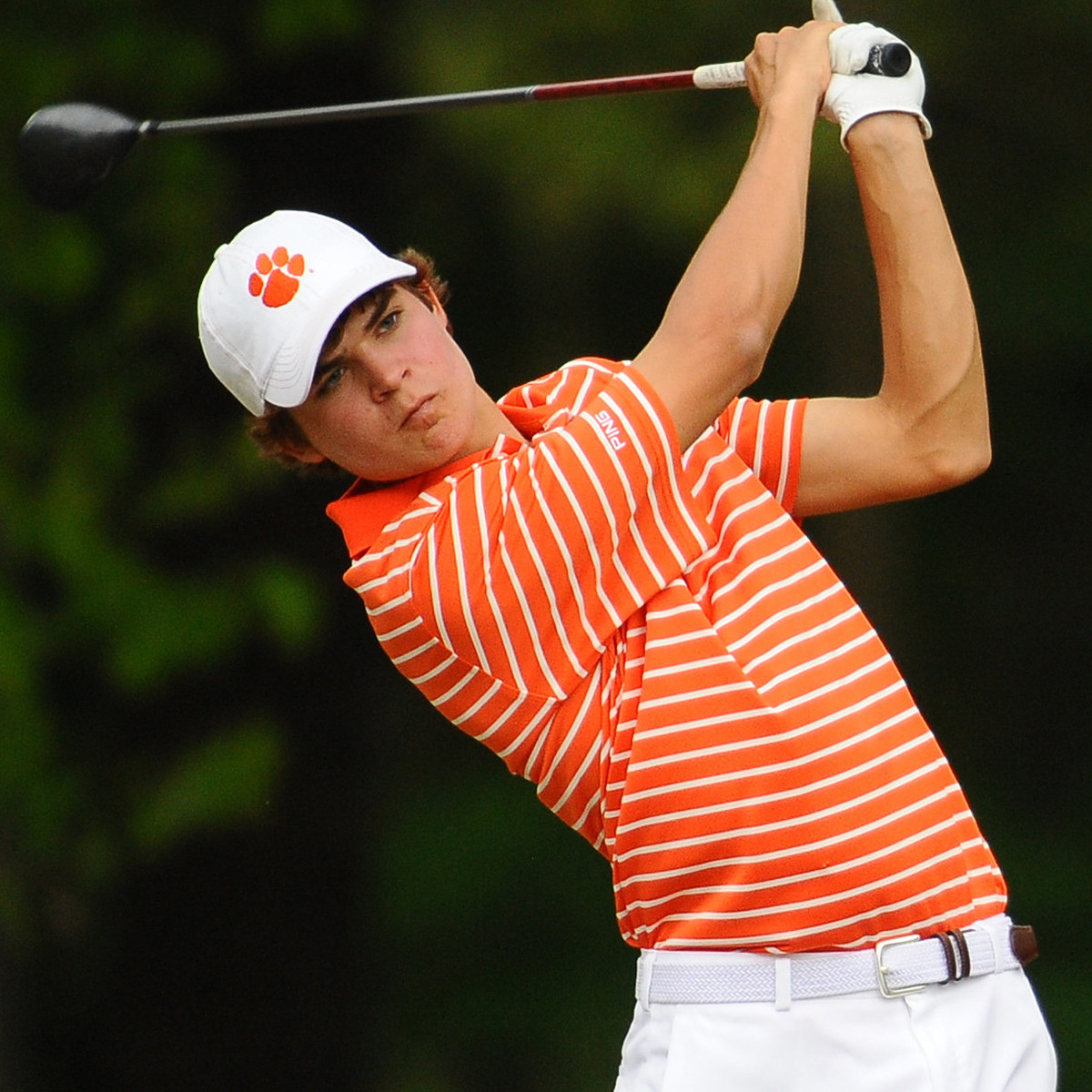 Salem, S.C.—Clemson shot 14 shots worse than it did in the first round, but retained a nine-shot lead entering Sunday’s final round of the Clemson Invitational.  The Tigers shot a solid 290 on a day when wind gusts reached 20 mph on a regular basis forcing most of the team scores upward.  The average score on Saturday for the 66 players in the field was a four-over-par 76.

Clemson stands at 566 for the first 36 holes, 10-under-par on the par 72 Cliffs at Keowee Falls course in Salem, S.C.  The Tigers have a nine-shot lead over defending ACC Champion Georgia Tech, who is at 575 through two rounds, one under par.  The Yellow Jackets and UNG-Greensboro were the only two teams in the 12-team field to improve their score in day two compared to day one.

Louisville stands in third place with a 579 score, while Michigan State is fourth at 584.  Clemson had a nine shot lead over Louisville after the first round when the Tigers had a 12-under par 276 score, the best score versus par for the Clemson team this year.

Clemson Head Coach Larry Penley will go after his 67th career tournament win on Sunday.  But, it would be his first as the home team.  Clemson played host to the McGregor Downs Invitational in Pickens five years in a row from 1982-83 to 1986-87, but never won the tournament.

Vince Whaley of Georgia Tech and Sam Weatherhead of Michigan State were the only two players to score in the 60s on Saturday.  Whaley shot a 67 and stands in first place after 36 holes with  a 137 score, seven-under-par.  Weatherhead had a 68 on Saturday and is tied for second with Austin Langdale of Clemson and Robin Sciot-Siegrist of Louisville, who had a 70 on Saturday.  Langdale shot a five under par 67 on Friday.

Clemson counted two scores of even par 72 and two scores of 73 on Saturday.     Four players in the Clemson team lineup are in the top 10 of the individual race entering Sunday’s final round.  Austin Langdale and Stephen Behr both had even-par rounds of 72, while Carson Young and Miller Capps had one-over-par scores.  Freshman Bryson Nimmer was close behind with a non-counting score of 74.

As stated earlier Langdale is in a tie for second with a 139 score for his first two rounds.  He had a stretch of three consecutive birdies on the back nine to key his second round.  Behr had a birdie on the 18th hole from five feet to finish at even and he is in fifth place after two rounds with a 141 score.

Young had a 73 on Saturday and his 142 score for 36 holes is in sixth place.  Nimmer’s score did not count on Saturday, but his 145 total for 36 holes has the freshman in 10th place.  Capps made a seven-stroke improvement over his first round and is in 39th place after two rounds.

Two other Clemson golfers playing as individuals are in the top 13 of the imedalist  race, a statistic that bodes well for the future.  Josh Fickes, a sophomore,  had a one-under-par 71 on Saturday, the best round of any Clemson golfer and he stands in 13th place with a 146 total.  Coleman Self, a freshman, had a 75 on Saturday after a 70 in the opening round and is in a tie for 10th place with a 145 score.

The Cliffs at Keowee Falls