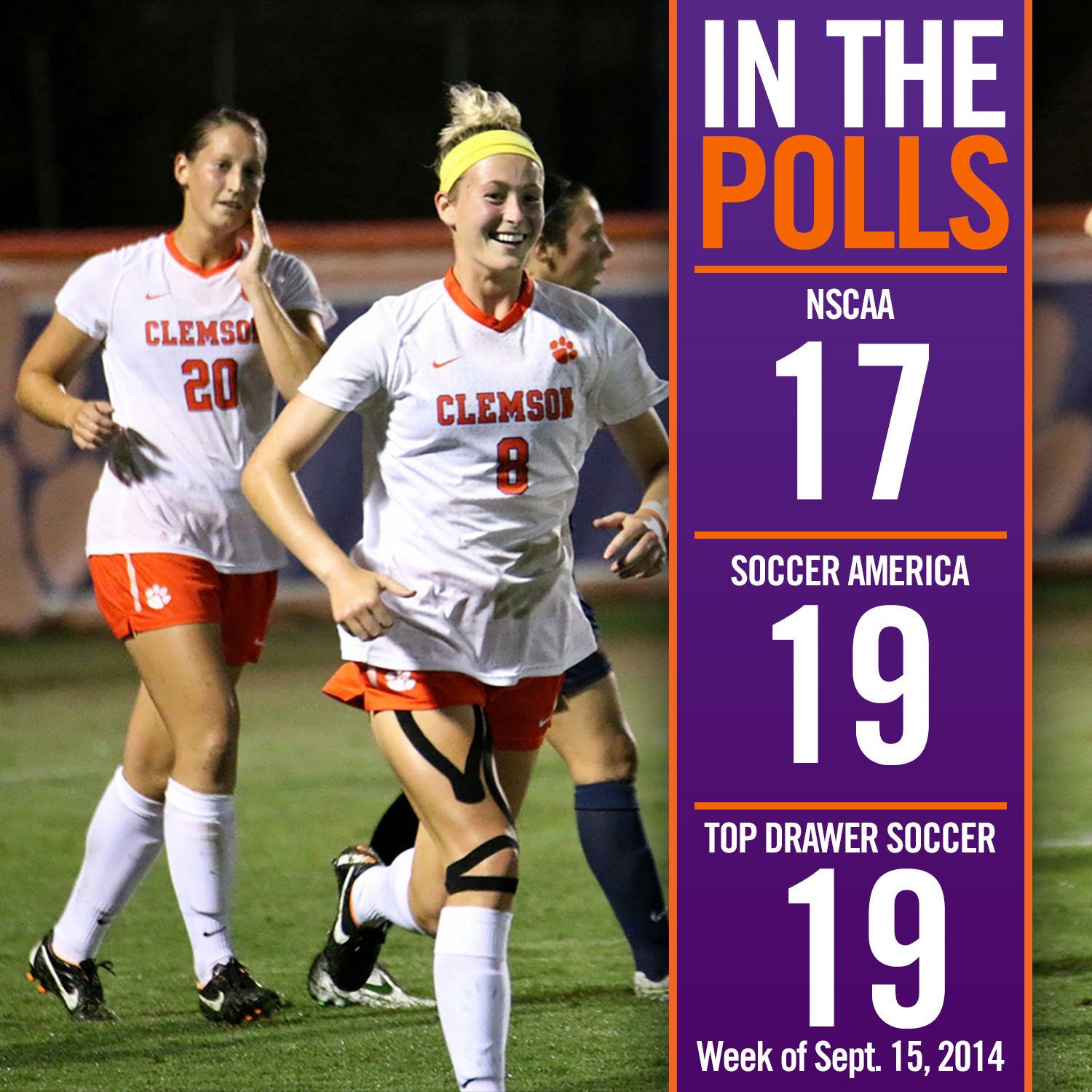 Tigers Remain No. 17 in NSCAA Ranking

CLEMSON, S.C. – The Clemson women’s soccer team remains ranked in the top 25 in three major polls this week. The Tigers are 7-0-1, and concluded the nonconference portion of their schedule unbeaten following wins over Drexel and Wofford last week.

Clemson is 17th according to the NSCAA, the highest ranking the Tigers received among the three polls. The Tigers are ranked 19th by Soccer America and TopDrawerSoccer.com in this week’s polls. Clemson’s rankings remained the same as last week in the NSCAA and Soccer America polls, but the Tigers moved up two spots in this week’s TopDrawerSoccer.com rankings.

The Tigers’ 7-0-1 start to the season is the best start for the program since 2000, when the team opened the year 12-0. It is also the second-best start in program history. Through eight games Clemson has outscored its opponents 24-3.

Clemson returns to action Friday night when it faces Virginia Tech at 6 p.m. in Blacksburg, Va. The Hokies are ranked second in the nation according to the NSCAA.