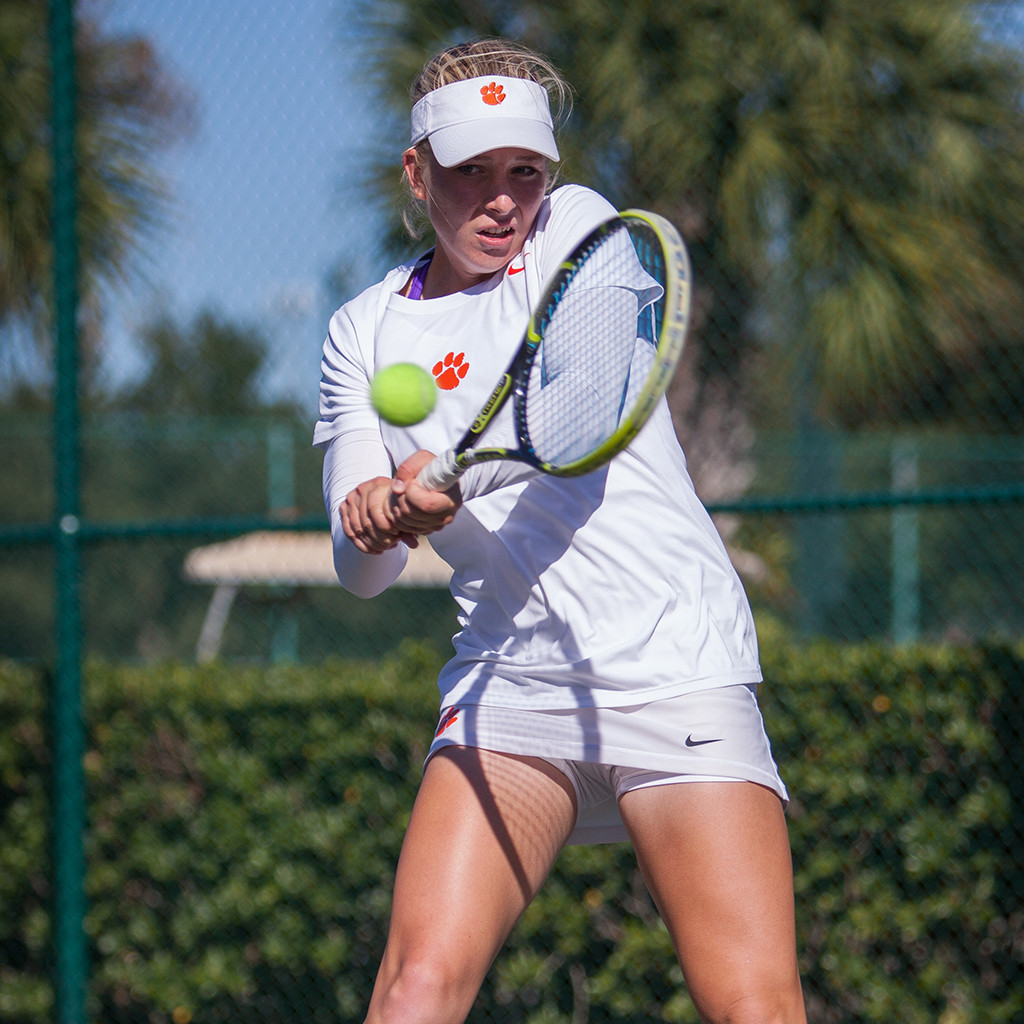 CLEMSON, S.C. – The Clemson women’s tennis team remains 14th in the latest ITA poll released Tuesday afternoon. The Tigers have four singles players ranked, along with the top doubles team in the country in Beatrice Gumulya and Jessy Rompies, who took over the top spot on Feb. 10. This week’s poll is the third time singles and doubles rankings have been released this season, but the first time in two weeks.

Gumulya and Rompies are 20-1 in doubles action this season, including 8-0 in dual matches this spring. The pair is coming off of 8-4 and 8-3 victories over duos from No. 50 Virginia Tech and No. 51 Wake Forest, respectively.

In singles, four Tigers are ranked in the latest poll. Junior Joana Eidukonyte, ranked 20th in Tuesday’s poll, improved three spots from the last ranking. She has improved her ranking in all three singles polls released this spring. Eidukonyte is 20-4 on the spring and 7-1 in dual matches. Romy Koelzer fell from No. 35 to No. 58 but has faced fierce competition this season, playing primarily in the No. 1 spot. Koelzer is 9-7 overall and 4-6 in dual matches.

Gumulya leaped in the singles rankings from No. 119 to No. 82 this week. The senior is 16-5 overall and 7-2 in dual matches. Taking over her spot at 119 is teammate Tristen Dewar, who enters the singles poll for the first time this spring. Dewar is 12-8 on the season and 5-5 in the spring.

The Tigers have two ACC road matches in the state of Florida this week. The team travels to Tallahassee on Friday, Feb. 27 to face No. 52 Florida State before heading to Coral Gables to take on the 20th-ranked Hurricanes on Sunday, March 1.