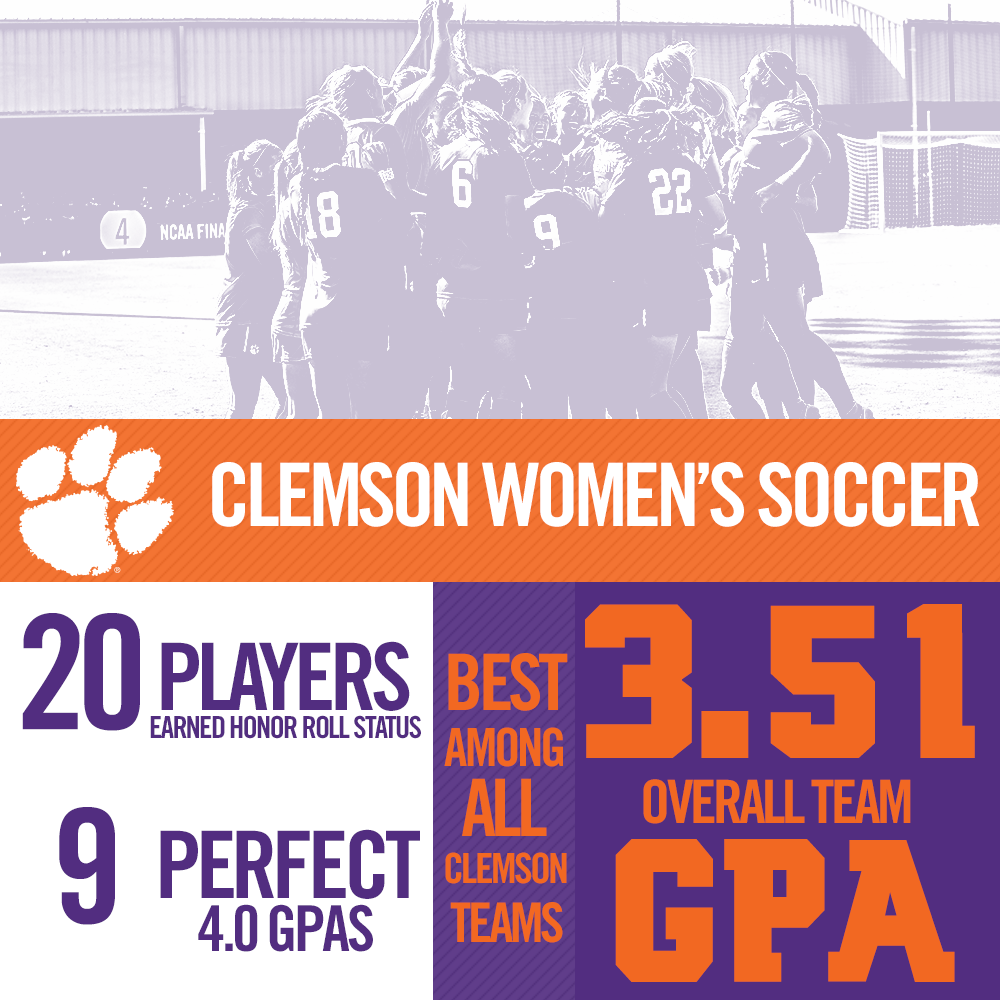 CLEMSON, S.C. – The Clemson women’s soccer team continues to excel on the field, as well as in the classroom. The Tigers recorded a 3.51 cumulative team grade point average for the spring semester of 2016, the third-best GPA in program history. This comes on the heels of a 2015 season which saw the Tigers earn berths in both the ACC and NCAA Championships and finish the season with a 14-4-2 record, the most wins for the program since 2002.

Head Coach Eddie Radwanski’s team’s 3.51 cumulative GPA led all Clemson teams for the spring of 2016, earning the Tigers the Team Academic Award for the semester. The 3.51 was also the third-best team GPA all-time for the program, trailing only the 3.57 achieved in the spring of 2004 and the 3.54 from the fall of 2013. This was the 32nd-straight semester that the women’s soccer team has earned a cumulative team GPA of 3.00 or above. The program has the longest streak of GPAs above 3.00 for all active Clemson sports.

For the semester, 20 out of 24 members of the team made Clemson’s Honor Roll, while four Tigers were on the Dean’s List (3.50-3.99 semester GPA) and an impressive nine players were named to the President’s List after earning perfect 4.00 GPAs for the semester.

In addition, three members of the team earned their undergraduate degrees from Clemson in May 2016, Hunter Rittgers, Tina Shakes and Kylie Tawney.