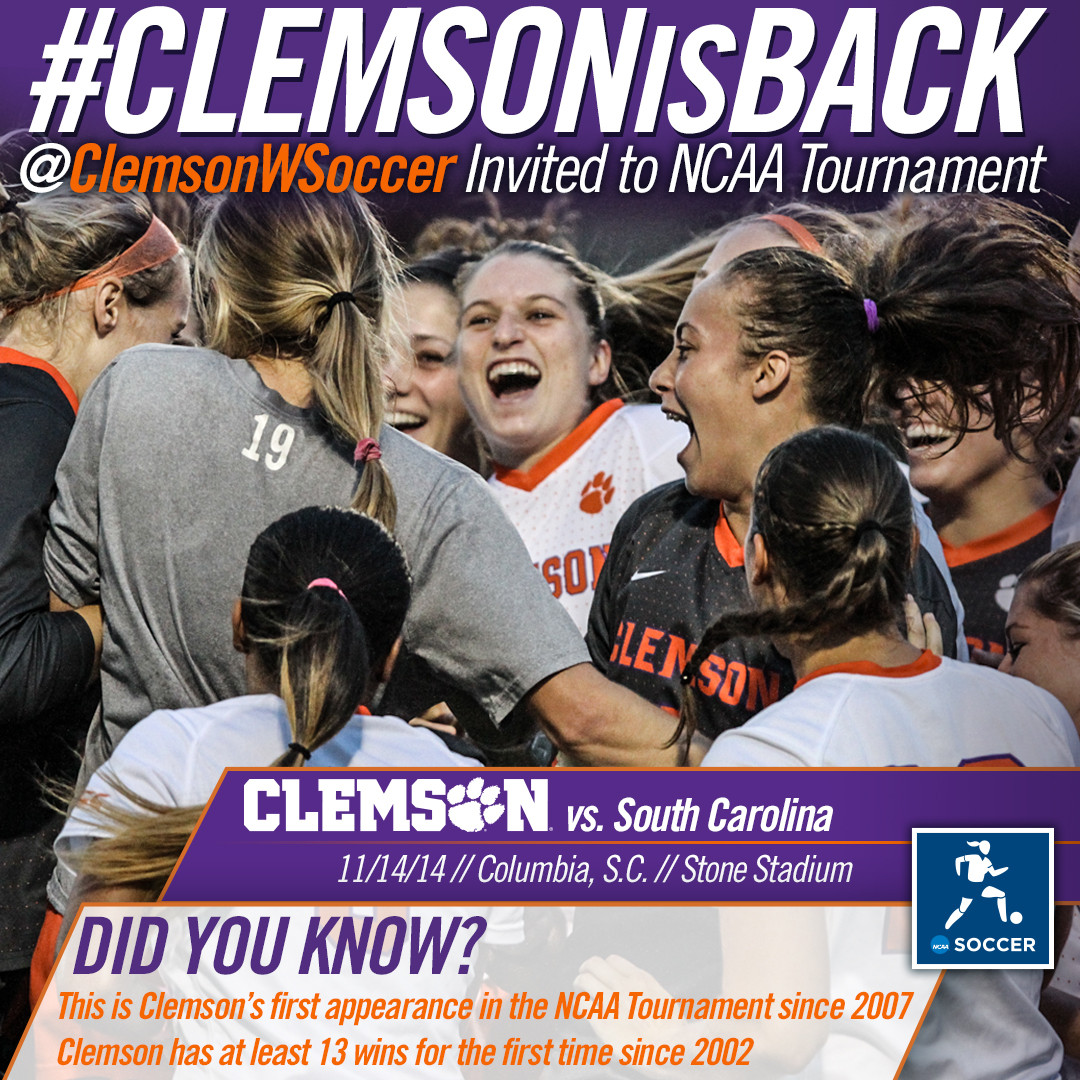 CLEMSON, S.C. – The 16th-ranked Clemson women’s soccer team received a bid to play in the 2014 NCAA Tournament, as announced by the NCAA on Monday afternoon. The Tigers face South Carolina in the first round of the tournament on Friday, Nov. 14 at 6 p.m. at Stone Stadium in Columbia. It is the program’s first trip to the NCAA Tournament since 2007.

Head Coach Eddie Radwanski’s team is 13-3-2 overall and finished fifth in the ACC in 2014 with a 6-3-1 record in conference play. The team recorded 13 wins in a season for the first time since 2002 and six wins in the ACC for the first time in program history. The Tigers are currently ranked 16th according to TopDrawerSoccer.com and 21st by the NSCAA and Soccer America, and were 30th in the RPI poll released at the conclusion of the regular season.

The NCAA Tournament berth is the 15th in school history, as Clemson reached the tournament every year from 1994, the inaugural year of the program, to 2007. The Tigers are 9-13-5 all-time in NCAA tournament games and 6-6-2 all-time in opening games of the tournament.

South Carolina is a No. 3 seed in the tournament, and enters Friday’s game with a 13-5-3 overall record and a ranking of 17th according to the NSCAA. The Gamecocks were 5-3-3 in SEC regular season play and reached the semifinals of the conference tournament before falling to Texas A&M.

Clemson has a 12-8-0 record in the series against South Carolina, including a 5-5 record in matches played in Columbia. The Tigers’ fifth all-time win in Columbia came earlier this season, when the Tigers won a 1-0 contest at then-ninth-ranked South Carolina on Sept. 5. Freshman Shannon Horgan scored the game’s lone goal and sophomore Kailen Sheridan posted five saves and the shutout in goal.