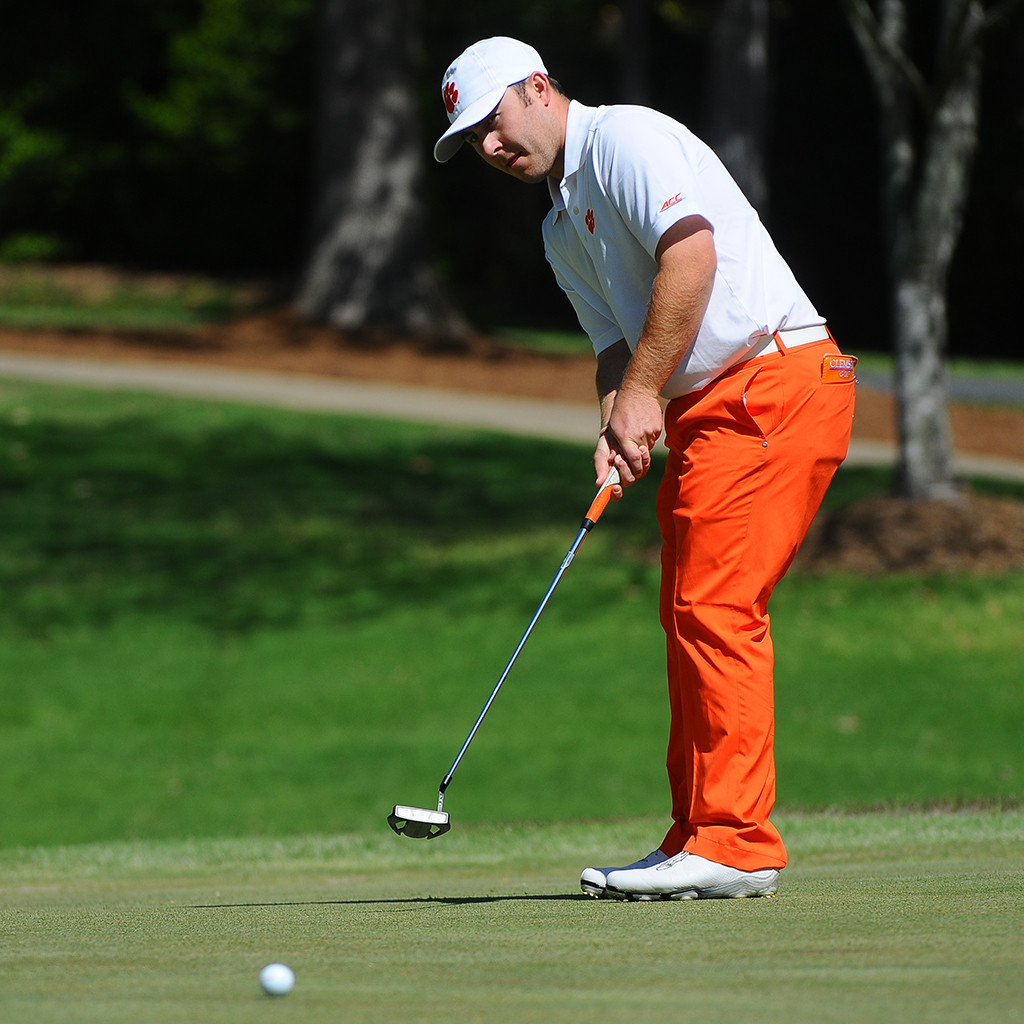 The Tigers will travel to Finley Golf Course, home of the North Carolina Tar Heels, for the three-day, 54-hole event that will be held May 14-16. The top five teams in the regional will advance to the NCAA Championship Tournament at The Concession Golf Club in Bradenton, Fla., May 26-31.

Clemson has played well of late, with a second-place finish out of 14 teams at the Yale Spring Invitational and a loss in a playoff for the league title against Georgia Tech in the ACC Championships at The Old North State Club in New London, N.C. Clemson has six top-five finishes in its 12 tournaments this year, including a victory and three runner-up finishes.

Clemson will take a veteran team to Chapel Hill, as all five players have competed in an NCAA Regional at least once, including four who have played in two. Four of the five have a top-25 finish at an NCAA Regional on their résumé.

Billy Kennerly is Clemson’s top golfer this year with a 71.06 stroke average, a figure on pace to be the sixth-best in Clemson history, and the best since Kyle Stanley had a 70.87 average in 2006-07. Kennerly has six top-10 finishes in his 12 events, and has 20 rounds at par or better. The senior from Alpharetta, Ga., has had back-to-back top-10 finishes entering the NCAAs, including seventh at the ACC Tournament.

Kennerly had a top 10 finish at the NCAA Regional in Tempe, Ariz., two years ago when he had three consecutive rounds in the 60s. He is currently ranked No. 78 in the nation according to the latest Sagarin/Golfweek poll.

Miller Capps is second on the team in stroke average with a 71.47 figure, one of four Tigers under 72.0 for the year. Capps has a team-best 21 rounds at par or better, and has four top-10 finishes, including ninth place at the ACC Tournament.

Cody Proveaux was Clemson’s top player in the fall and has a 71.85 average for the year. The junior has eight rounds in the 60s, including a Clemson record-tying 63 at the Palmetto Invitational in Aiken where he finished second, missing a playoff by just one shot. Proveaux finished 25th at the NCAA Regional in Illinois last year.

Stephen Behr is a fourth upperclassman in the Clemson lineup. Behr has a 71.97 stroke average for the year, and has 16 rounds at par or better. The junior has been very consistent, and his score has counted toward Clemson’s team score in 30 of the 31 rounds he has played.

Austin Langdale is a sophomore who has played well lately. He has a 72.83 stroke average for the year, but has finished in the top 16 in each of his last two events, including a No. 11 finish at the ACC Tournament where his final-round 69 helped the Tigers tie for the 54-hole lead.

Clemson has had an outstanding history in the NCAA Tournament, including the regional level. Larry Penley’s Tigers have won seven NCAA Regional titles. Only Oklahoma State has more with 10. Clemson is one of the few schools in the nation that has been to a regional tournament every year since the format began in 1989.

This marks the 34th consecutive year Clemson has been to the NCAA Tournament, or every year since 1982. Clemson won the National Championship in 2003 in a tournament held at Karsten Creek in Stillwater, Okla.