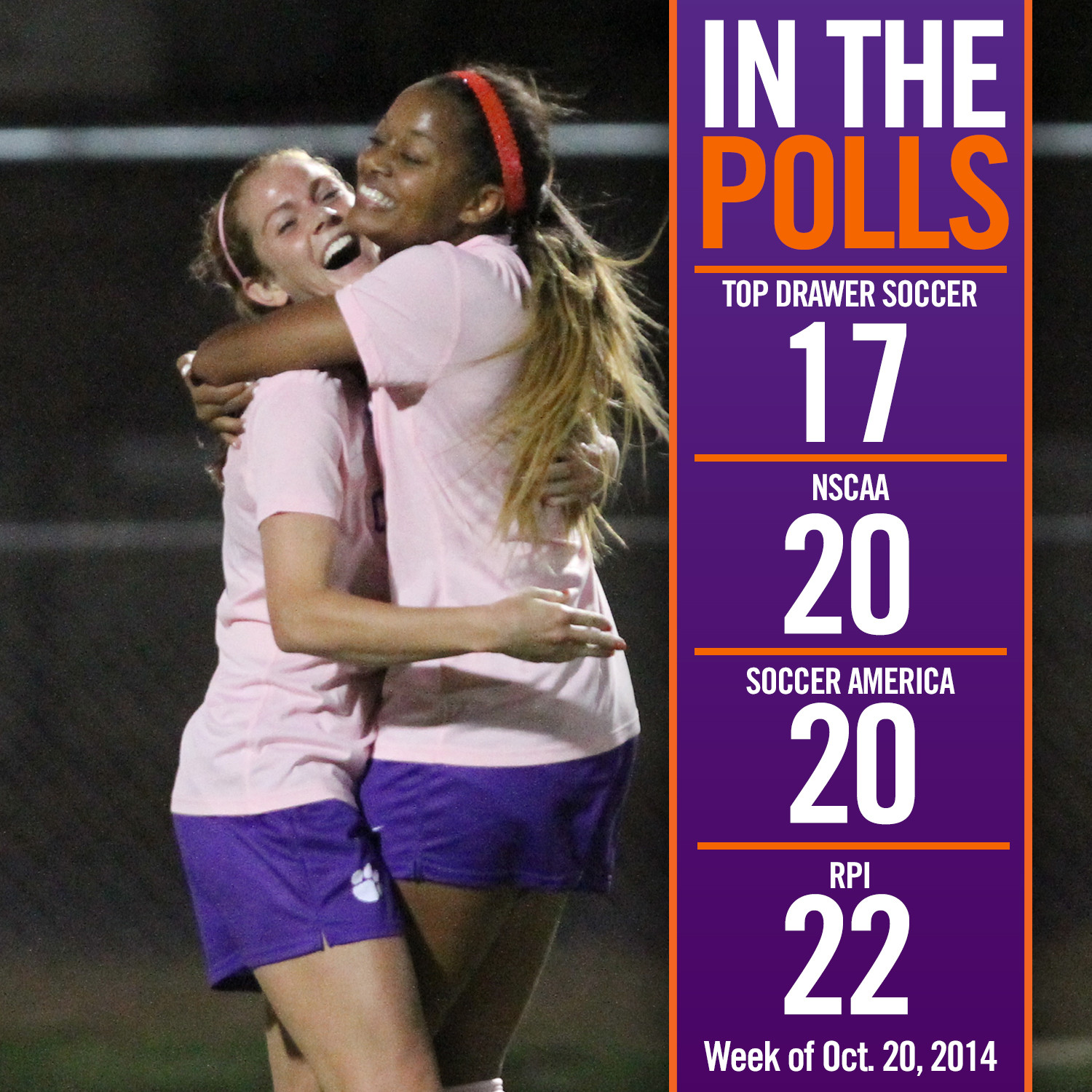 Tigers Ranked in all Three Polls, As High as 17th

CLEMSON, S.C. – The Clemson women’s soccer team is ranked in all three major polls this week. The Tigers won their lone game last week 2-0 against Miami to improve to 11-2-2 (4-2-1 ACC). It is the first 11-win season for the program since 2006. Clemson is currently in fifth place in the ACC standings.

Clemson was ranked 22nd in the fifth RPI poll released Monday by the NCAA.  Clemson is one of six ACC schools with an RPI in the top 25. North Carolina is ranked third, Florida State sixth, Virginia ninth, Virginia Tech 18th, Notre Dame 20th and Clemson 22nd.

The Tigers are ranked 17th by TopDrawerSoccer.com, which is the team’s highest ranking among the three major polls this week. It is the highest the Tigers have been ranked by a poll since the NSCAA had them 16th on Sept. 22. Clemson is currently ranked 20th by both the NSCAA and Soccer America.

The Tigers play two games on the road this week – at 11th-ranked Notre Dame on Thursday, Oct. 23 and at Pittsburgh on Sunday, Oct. 26. The contests against the Irish and Panthers are the final two regular season road games for Clemson. The team returns to Historic Riggs Field on Saturday, Nov. 1 to face NC State for Senior Day and its final regular season home game of the year.