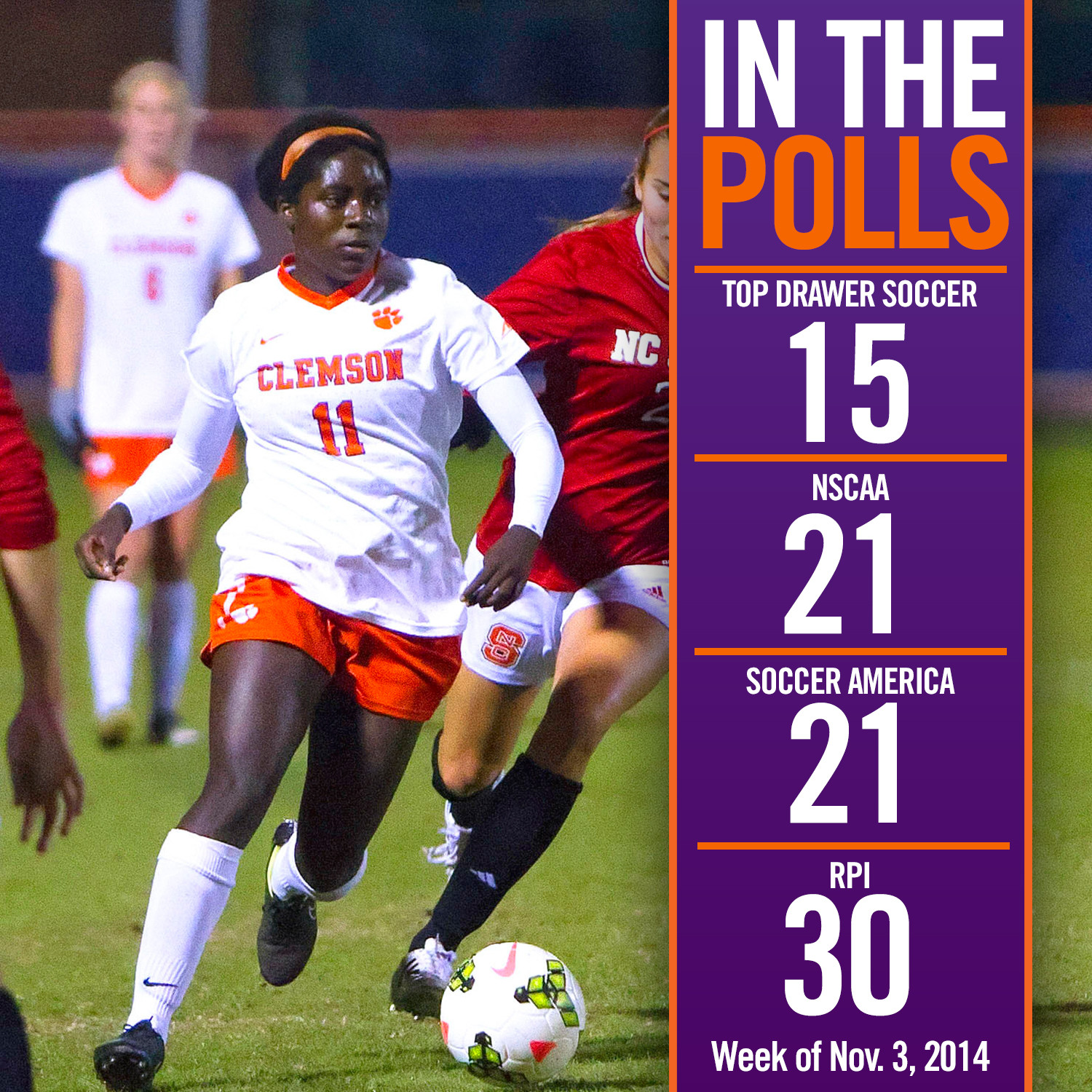 CLEMSON, S.C.-The Clemson women’s soccer team is ranked in all three major polls this week. The Tigers won their lone game last week 2-0 over NC State on a cold senior night. It is the first 13 win season for the program since 2002 and the first time in the 20-year history of the program that the team has recorded six ACC wins.

Clemson was ranked 30th in the seventh RPI poll released Monday by the NCAA. Clemson is one of six ACC schools with an RPI in the top 30. North Carolina is ranked fifth, Florida State seventh, Virginia eighth, Notre Dame 14th, Virginia Tech 16th and Clemson 30th.

The Tigers are ranked 15th by TopDrawerSoccer.com. Clemson is currently ranked 21st by both the NSCAA and Soccer America.

Also, sophomore midfielder Catrina Atanda has been chosen as the College Sports Madness ACC women’s soccer player of the week for her performance in the 2-0 victory over the NC State Wolfpack. According to their website, College Sports Madness  “identifies the players who have made the greatest impact to their team from each conference and on a national basis each week. “Atanda scored both of Clemson’s goals in the win and leads the Clemson team with nine goals and 20 points.

With the win over NC State on Saturday, Nov. 1, the Tigers concluded the regular season. Clemson will now await word about an NCAA bid. The selection show is scheduled for Monday, Nov. 10 and the first round of the NCAA tournament is Nov. 14-16.