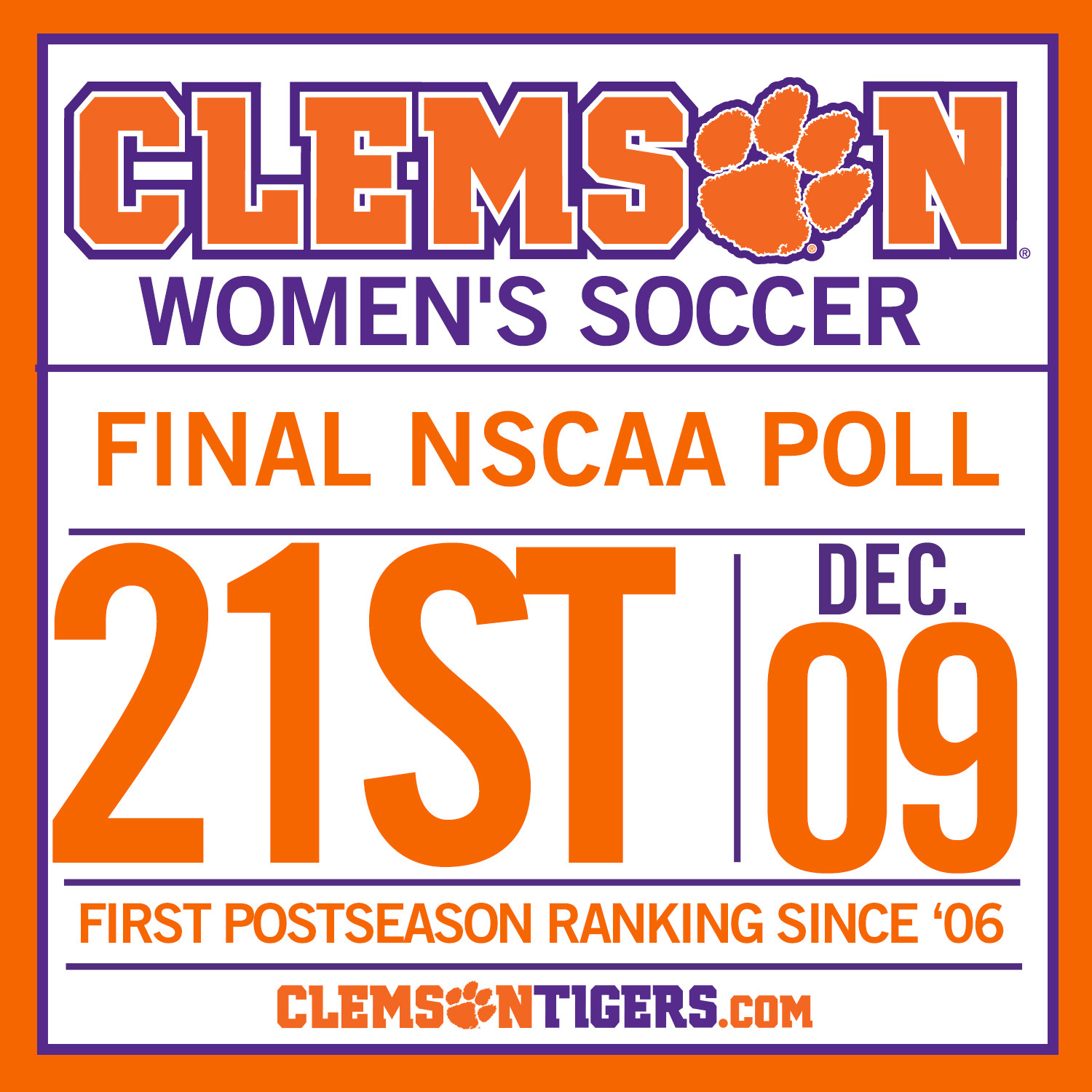 CLEMSON, S.C. – The Clemson women’s soccer team is ranked 21st in the nation according to the final poll released by the NSCAA on Tuesday. It is the first time the Tigers have been ranked in the final national poll since 2006 when Clemson finished tied for 14th. It is the 13th time in program history that Clemson has been ranked in the final poll as the Tigers were ranked at the end of every season from their inaugural season (1994) to 2004, and then again in 2006.

In addition to the team ranking, many Tigers were recognized individually for their play this season, including five players who were chosen as All-ACC performers. Sophomore goalkeeper Kailen Sheridan was named First Team All-ACC. Catrina Atanda(Second Team), Gabby Byorth (Third Team), and Salma Anastasio and Shannon Horgan (All-Freshman) were also honored. Sheridan was also named to the NSCAA All-Southeast Region First Team.

Clemson was also ranked 21st in the final TopDrawerSoccer.com poll.