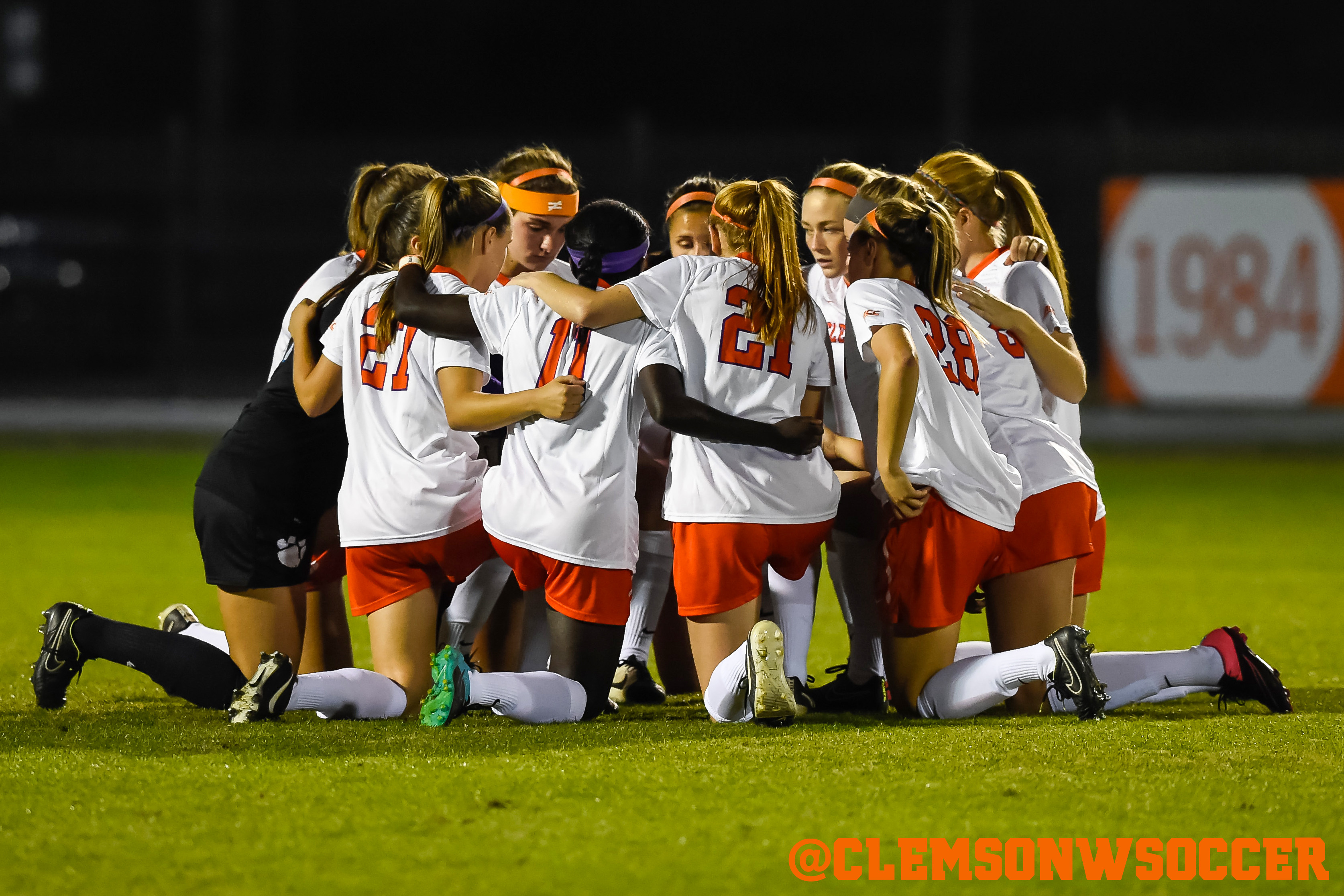 CLEMSON, S.C. – On the first official day of training for the 2016 season, the Clemson women’s soccer team was ranked 14th in the nation according to the preseason poll released by the NSCAA (National Soccer Coaches Association of America.) The Tigers are coming off a season in which they went 14-4-2 overall, finished tied for second in the ACC regular season, qualified for the ACC Tournament and reached the second round of the NCAA Tournament.

The Tigers, led by Eddie Radwanski who is beginning his sixth season as the program’s head coach, return all 11 starters from the 2015 squad, including All-American and First Team All-ACC goalkeeper Kailen Sheridan, who is currently in Rio as an alternate for Canada’s Olympic team. Clemson also returns All-ACC players Catrina Atanda, Abby Jones and Claire Wagner, and ACC All-Freshman Team honoree Sam Staab.

Clemson is one of seven teams from the Atlantic Coast Conference ranked in the NSCAA’s preseason top 25. Defending National Champion Florida State garnered the first spot in the poll, while Duke (third), Virginia (fourth) and North Carolina (ninth) were also in the top 10. Notre Dame (13th), Clemson (14th) and Virginia Tech (17th) rounded out the seven conference teams in the poll.

The Tigers open the 2016 campaign at Auburn on Friday, Aug. 19. The SEC Tigers are listed 12th in the NSCAA rankings. The team’s first home match at Historic Riggs Field is Sunday, Aug. 21 at 7 p.m. against Georgia. The 7 p.m. kickoff is a change from the originally announced start time of 6 p.m.