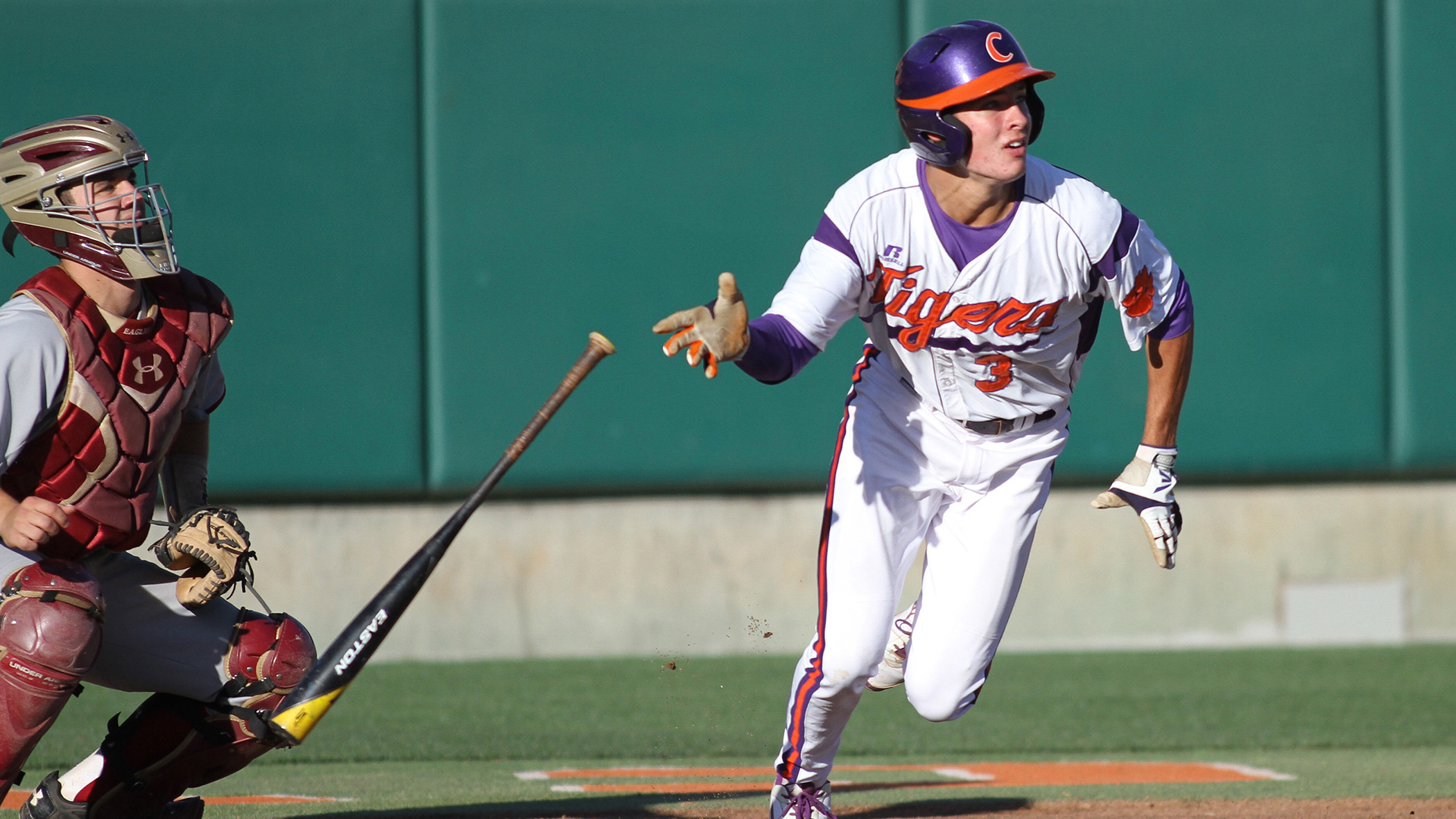 CLEMSON, S.C. – Tyler Krieger, Jay Baum and Steven Duggar all hit solo homers in Clemson’s 8-4 win over Boston College at Doug Kingsmore Stadium on Thursday night. Clemson (33-21, 14-13 ACC), who earlier in the evening clinched an ACC Tournament berth by virtue of Notre Dame’s victory over Pittsburgh, took a 1-0 lead in the series over the Eagles (21-32, 9-19 ACC).

After the Eagles scored an unearned run in the top of the first inning, Clemson responded with two runs in the bottom of the first thanks in part to Krieger’s solo homer, his second of the season and career. After Baum’s first career home run in the third inning, the Tigers scored three runs on only one hit in the third inning. Duggar added a solo homer in the seventh inning, his first of the year and third of his career. Clemson hit a season-high three long balls.

“Crownover was really good for us tonight,” said Head Coach Jack Leggett. “He threw first-pitch strikes and was aggressive in the zone. We played good defense behind him and were really good offensively in the first four innings. We got some big hits early in the game and had a season-high three home runs.”

The series continues Friday at 6:30 p.m. on ESPN3. Any youth under the age of 12 wearing a youth league jersey or camp shirt receives free admission.

Clemson University President Jim Clements will be on hand prior to the game to present diplomas to the six Tigers who graduated May 9. The six Tigers were unable to attend commencement ceremonies due to Clemson’s series at Notre Dame last weekend. Clay Bates, Matt Campbell, Joe Costigan, Mike Dunster, Jon McGibbon and Steve Wilkerson will all receive diplomas from President Clements.

Also Friday, the 1954 Tigers will celebrate their 60-year anniversary. It was Clemson’s first ACC team and it won the league with an 8-4 record. Doug Kingsmore, who earned First-Team All-ACC honors, will be on hand along with other members of the 1954 team.