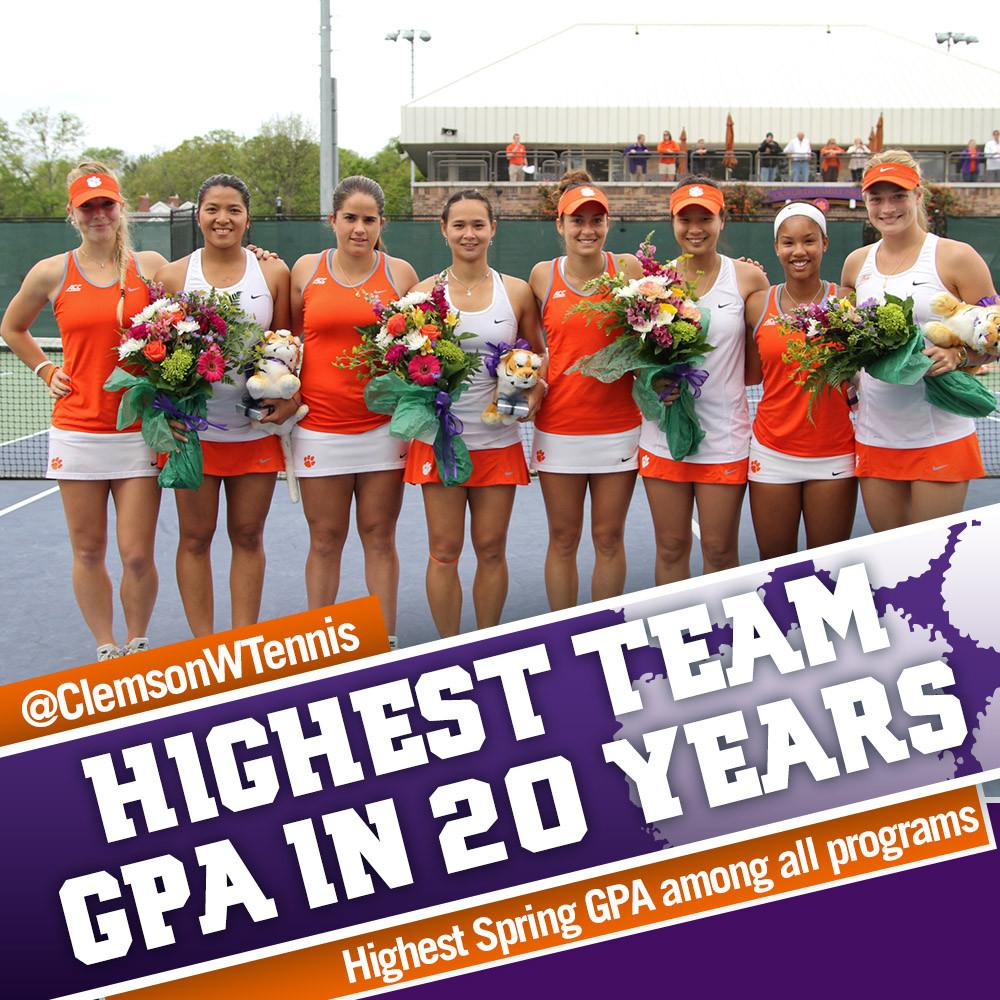 CLEMSON, S.C. – Not only did the Clemson women’s tennis team have a successful season on the court, advancing to the NCAA Sweet 16 for the 10th time in the last 12 seasons and having two players earn All-America honors, but the Tigers also achieved great success in the classroom during the spring of 2015. The team posted a 3.58 cumulative team grade point average for the semester, which is the highest team GPA recorded by the team in 20 years, since the spring of 1995.

The 3.58 team GPA was also the best among all Clemson athletic programs for the semester, earning the women’s tennis team Clemson’s Team Academic Award.

All eight members of the team made Clemson’s Honor Roll for the semester, earning individual GPAs of at least 3.0. Four of the eight Tigers were named to the President’s List, achieving perfect 4.0 GPAs for the semester.