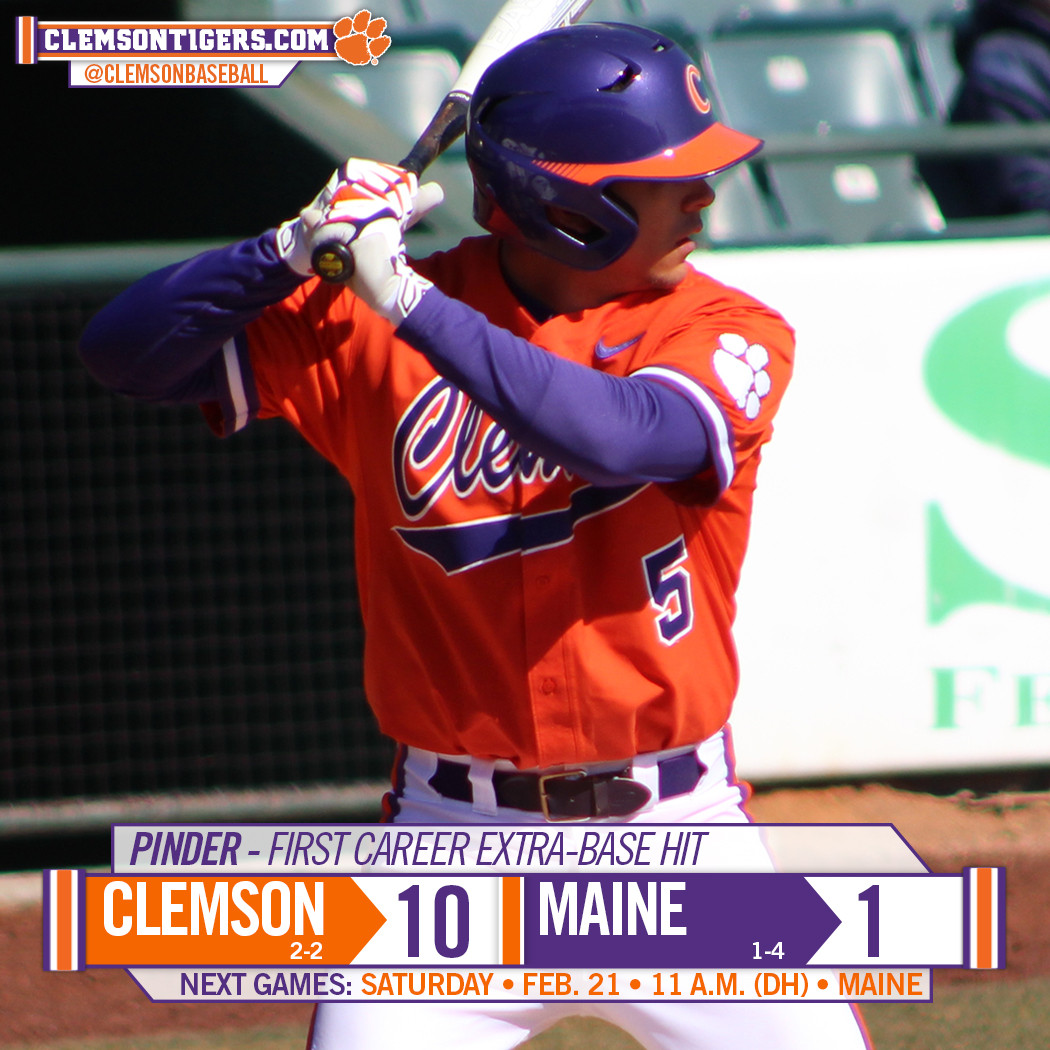 AUGUSTA, GA. – In below-freezing temperatures for most of the game, Clemson outlasted Maine 10-1 at Lake Olmstead Stadium on Friday. The series was originally scheduled to be played in Clemson, but it was moved to Augusta due to inclement weather and field conditions. The Tigers, who took a 1-0 lead in the series, improved to 2-2 on the season. Maine dropped to 1-4 in 2015.

In their second-ever game in Augusta and first since 1986, the Tigers scored single runs in the first and second innings to take a 2-0 lead. Clemson extended its lead with two runs in both the fourth and sixth innings. Freshman Reed Rohlman went 3-for-5 with three RBIs against Maine, Clemson Head Coach Jack Leggett’s alma mater.

The series concludes with a doubleheader Saturday starting at 11 a.m. at Lake Olmstead Stadium.