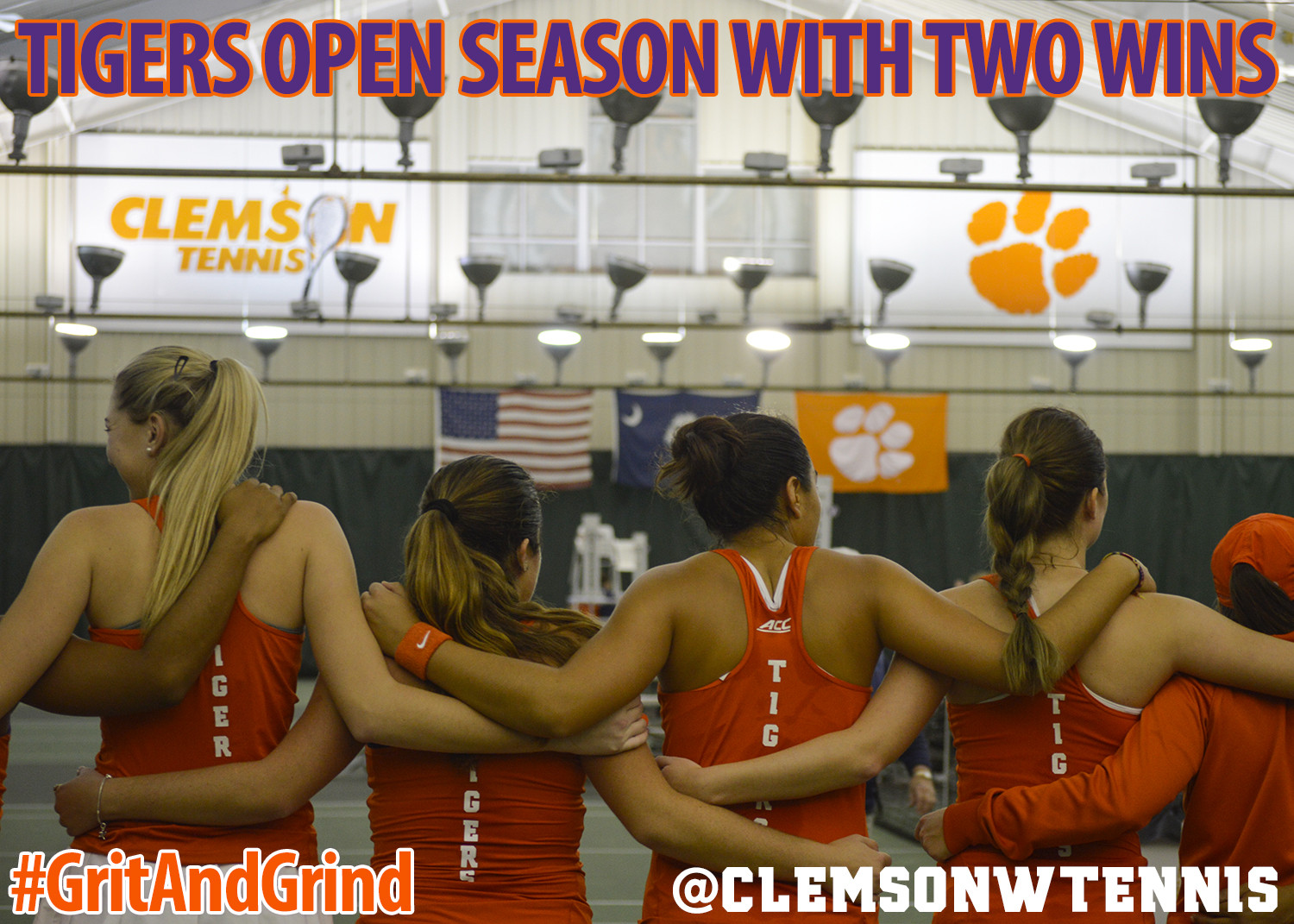 CLEMSON, S.C. – The Clemson women’s tennis team defeated Charlotte 7-0 on Saturday morning at the Clemson Indoor Tennis Center, and followed that with a 6-1 victory over Charleston Southern in the afternoon, to open the Spring 2017 campaign. With the wins, the Tigers start the season at 2-0, while the 49ers and Buccaneers are now both 0-1.

Clemson 7, Charlotte 0Constanza Gorches and Daniela Ruiz picked up the first doubles win of the day on Court 3, 6-2. At No. 1 doubles, Ayan Broomfield and Jenny Moinard clinched the team doubles point with a 6-3 victory over their Charlotte opponent.

Clemson 6, Charleston Southern 1The Tigers won 6-0 at No. 2 doubles and 6-0 at No. 3 doubles to take the team doubles point. Miller-Krasilnikov and Riley claimed the victory at No. 2, while Gorches and Navarro won at No. 3.

Next weekend, the Tigers head to Nashville, Tenn. for the ITA Kick-Off Weekend. Clemson faces Kansas in the first round on Saturday, Jan. 27 at 11 a.m. ET, and then either host-Vanderbilt or Virginia Tech on Sunday, Jan. 28.