CLEMSON, S.C. – After ending the 2017 season with a No. 17 ranking in the United Soccer Coaches poll, the Clemson men’s soccer team jumped to No. 11 in the 2018 preseason poll thanks in part to a recruiting class ranked No. 2 in the country by TopDrawerSoccer. The Tigers finished 2017 with a 12-6-1 record after making their fifth consecutive NCAA Tournament appearance.

Clemson is one of seven ACC teams in the 2018 preseason top 25, and the Tigers will face four of those teams during the regular season (No. 3 North Carolina, No. 5 Wake Forest, No. 6 Louisville, No. 15 Virginia).

In addition to those regular season matchups, Clemson is set to face conference foe No. 10 Duke on Friday at 4 p.m. in Durham, N.C., marking the first of three preseason exhibition matches. The Tigers and Blue Devils met twice at Koskinen Stadium in 2017, and Clemson won both matches by a combined 5-1 margin. With the two victories, Clemson evened the overall series record at 26-26-5, dating back to 1939.

The remainder of Clemson’s preseason slate includes a home matchup against UAB next Tuesday, Aug. 14 as well as a road contest with Maryland on Aug. 18. 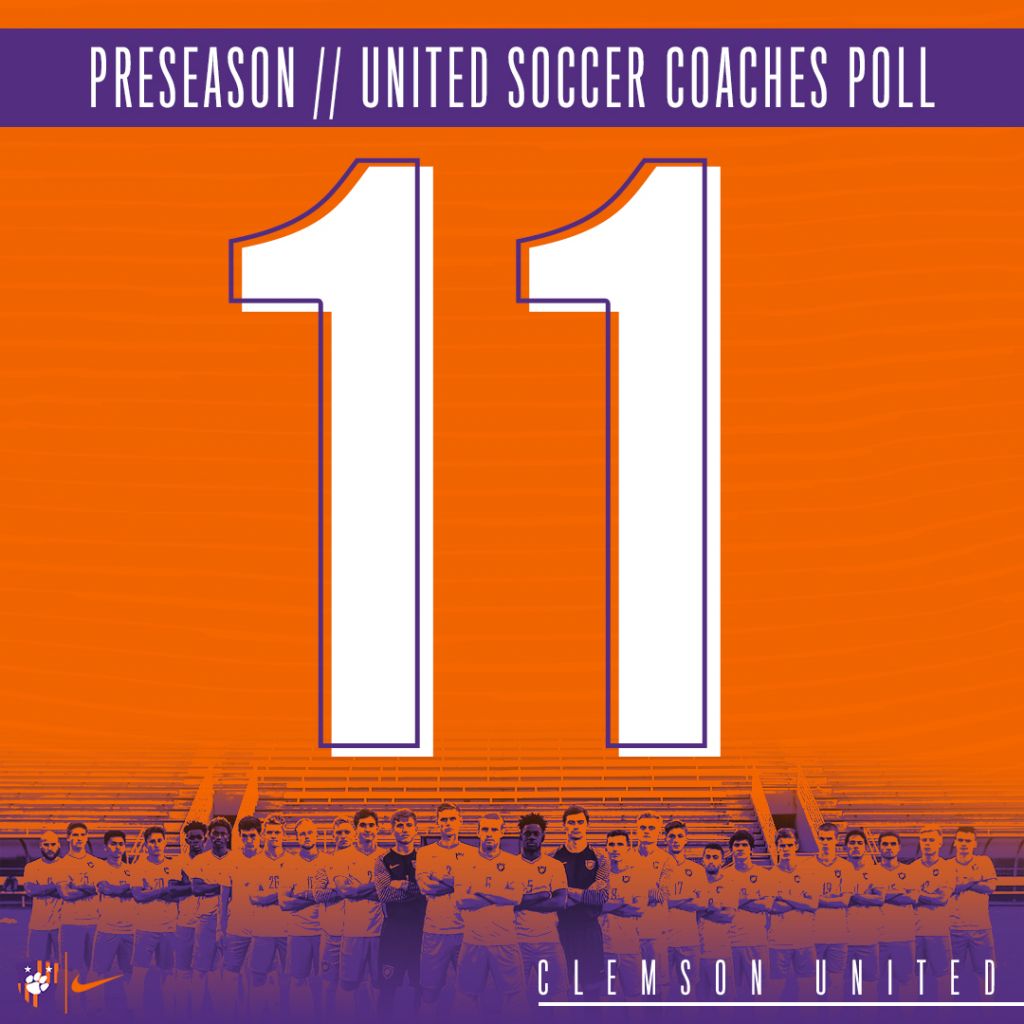