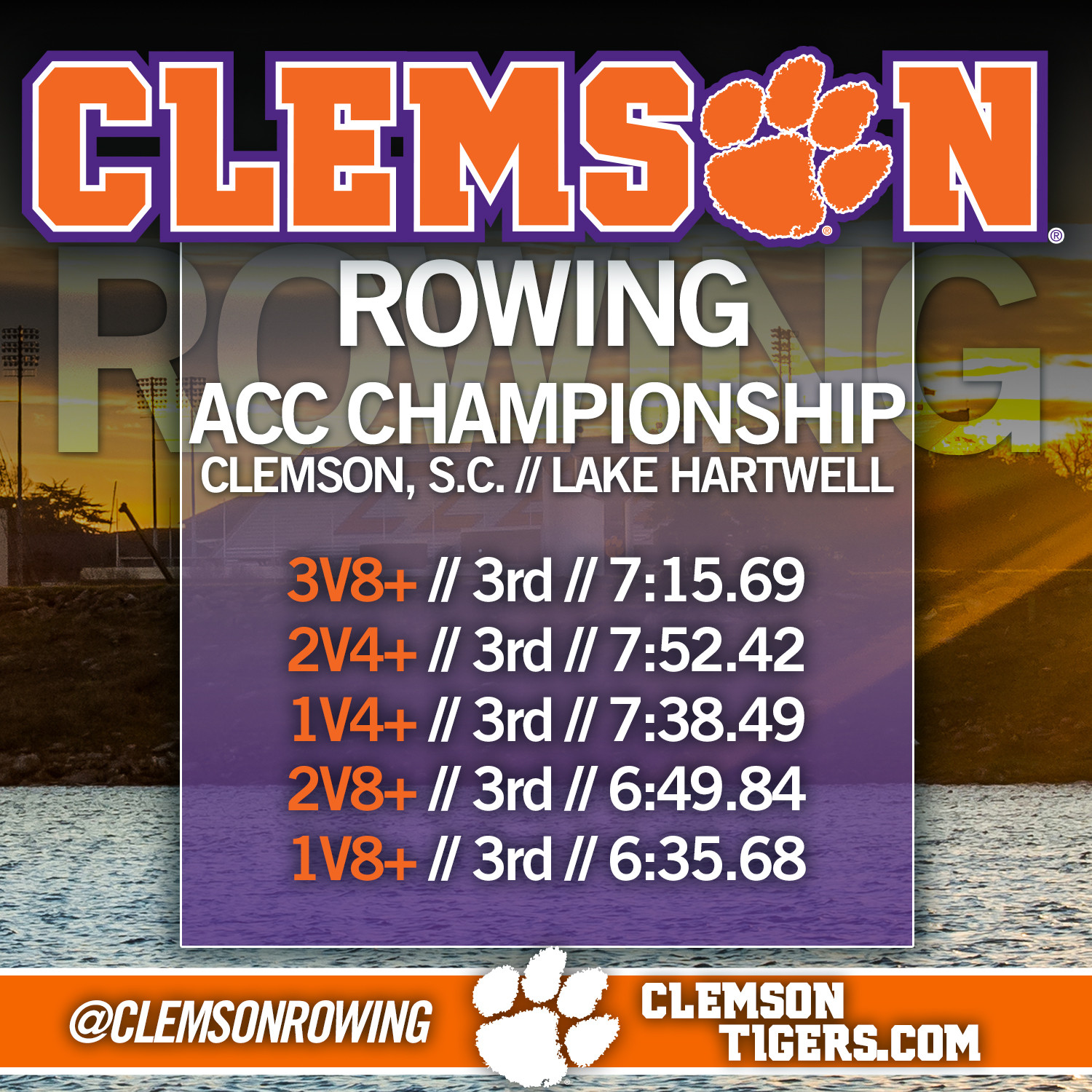 CLEMSON, S.C. — The Tiger rowing team put all five of its boats into grand finals on day one at the ACC Championships, held on Lake Hartwell.

The last day of competition gets underway on Saturday at 8:05 a.m. Saturday with the petite final for the 3V8. The signature event, the 1V8 grand final, is set for 9:55 a.m. The finals will be streamed live by ESPN3.