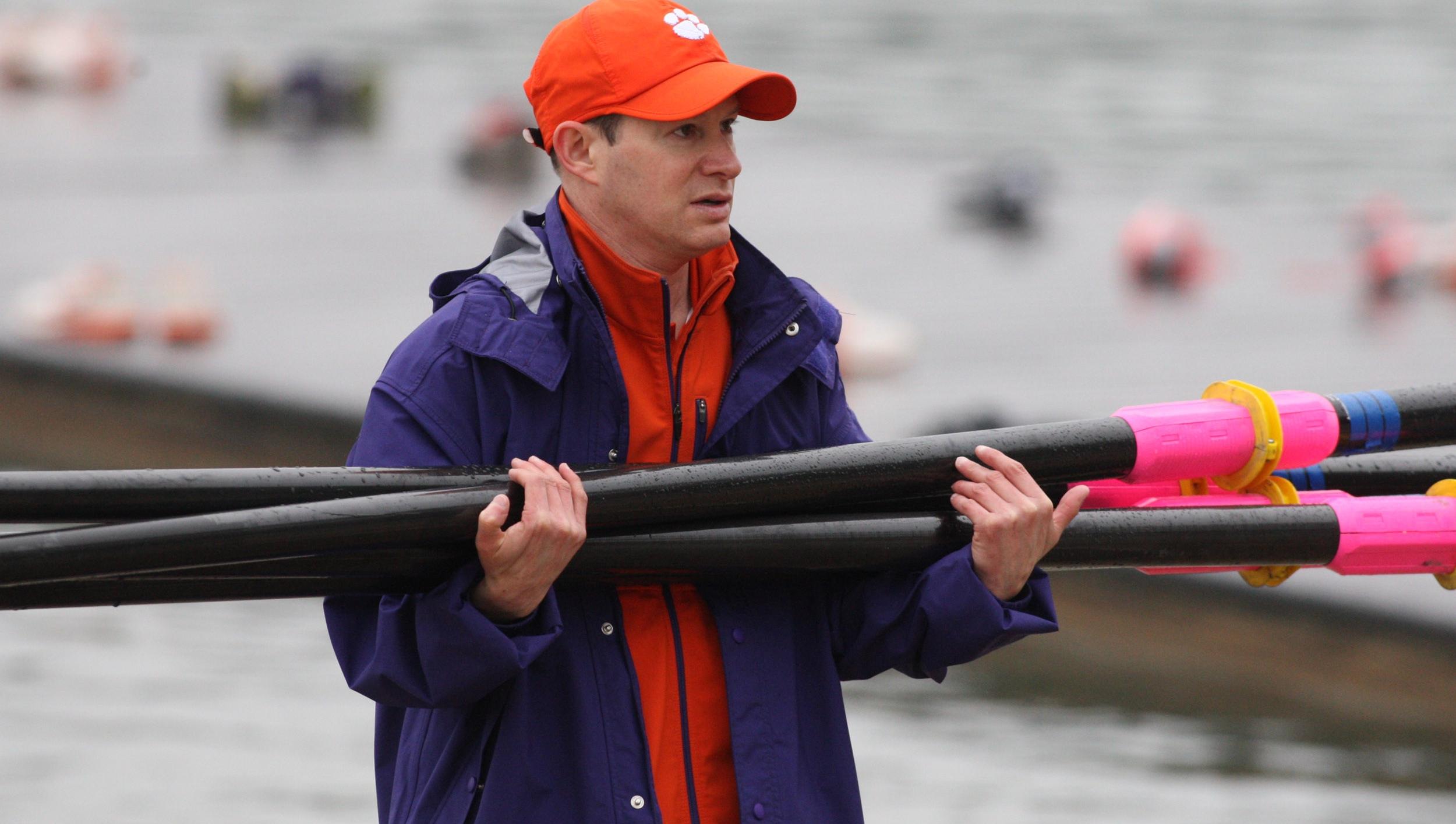 Tigers Move Up to 15th in Latest CRCA Poll

CLEMSON, S.C. – The women’s rowing team moved up three spots to 15th in the latest CRCA Coaches’ Poll, announced on Wednesday. Clemson has now been ranked for 13 straight polls.

Last weekend, the Tigers won four total races against San Diego, Southern Cal and Louisville in Redwood Shores, Calif. Two of the four wins came in upset fashion against then 16th-ranked Louisville with the First Varsity 8+ and First Varsity 4+ taking home wins for the Tigers.

The Tigers were also ranked 15th in the second poll of last season. It is the highest ranking for the team since April 24 of last year when it was ranked 14th. The Tigers are the third highest ranked ACC team this week coming in behind No. 3 Virginia and No. 8 Notre Dame.

Clemson returns to the water on April 19-20 when it hosts the Clemson Invite on Lake Hartwell.