Tigers leap to No. 13 in United Soccer Coaches poll

Clemson, S.C. –The Clemson men’s soccer team was recognized as the 13th ranked team in the country by the United Soccer Coaches poll on Tuesday afternoon. Clemson debuted within the Top 25 last week at the 19th position, after receiving votes in the organization’s preseason poll. The Tigers’ six-spot leap was the most amongst previously ranked teams. The last time Clemson was ranked 13th was on September 17, 2013.

The jump in the poll comes after the Tigers improved their record to 4-0 Monday night, going 2-0 since last week’s poll, and bringing their season tally for goals to a staggering total of 21. As a team, the Tigers are currently atop the NCAA statistical rankings in 10 different categories. 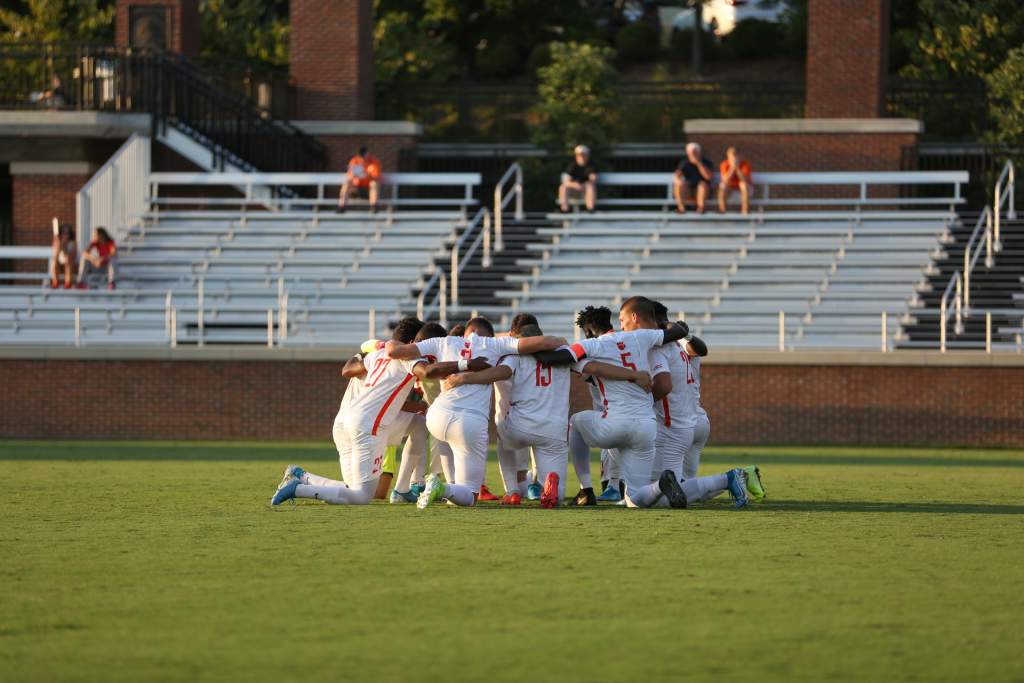 Wake Forest and Duke slot in the first and second positions respectively. Five ACC schools comprise the first 10 spots in the poll, a mark which also ties the conference’s record. When Clemson takes to South Bend, Indiana for their match against Notre Dame on Sept. 13, it will be a top 15 matchup, as the Fighting Irish slotted in to the 10th position this week.