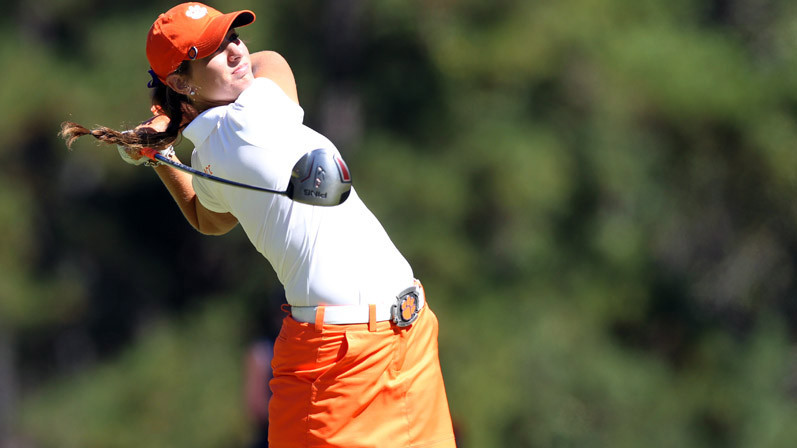 Tigers in Twelfth Through Two Rounds

GREENSBORO, N.C. – The women’s golf team shot a 15 over par 303 in Saturday’s second round of the Bryan National Collegiate, following their 12 over par 300 opening round.

The Tigers entered the round in a three- way tie for fifth place, but struggled to maintain their momentum and sit in 12th place heading into Sunday’s final round.  Duke maintains the lead with a two day score of 582. Florida State, Ohio State, Louisville round out the top four while Wake Forest and South Carolina are tied for fifth.

Ashlan Ramsey had another solid day and is in a three- way tie for second place individually. She shot an even par 72 on Friday and followed that up with a one under par 71 on Saturday. Lauren Salazar improved her opening round score by two shots and finished with a three over par 75 on Saturday. Sloan Shanahan shot a six over par 78, McKenzie Talbert shot a seven over par 79, and Jessica Hoang shot an eight over par 80. The team tallied only 9 birdies to 20 bogeys and also had six double bogey or higher.

The team will look to rebound in tomorrow’s final round, which will begin at 8:30 a.m. in a shotgun start. The Tigers will start on holes 10 through 12. Live scoring can be followed on golfstat.com.