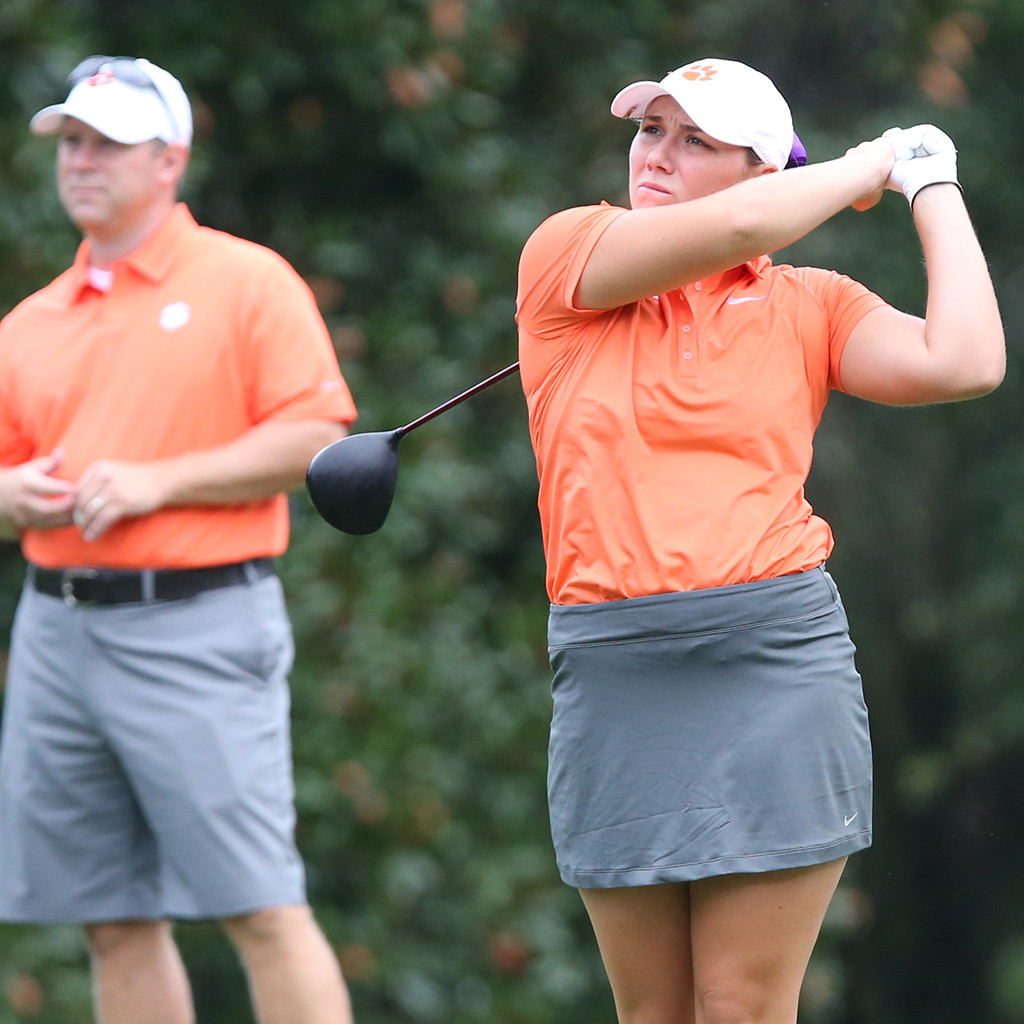 Tigers in 17th Heading into Final Round at Stanford Intercollegiate

CLEMSON, S.C. – Sophomores Lauren Salazar and Sloan Shanahan both shot two-over par 73’s to lead the Tigers in Saturday’s second round at the Stanford Intercollegiate. The three-day, 54-hole event is being played on the par 71 Stanford University Golf Course and features six of the top 12 teams in the nation. Clemson sits in 17th place with a two-day total of 611 after Saturday’s round of 310.

UCLA leads the tournament at eight-under par and has a two-day total of 560. The Bruins lead host school Stanford by two strokes.  Southern Cal, Washington, and Northwestern round out the top five.

Sophomore McKenzie Talbert shot an eight-over par 80 and sophomore Jessica Hoang shot an 84. Freshman Marisa Messana shot an 85 and her score did not count towards the team’s total.

The final round will be played Sunday and Clemson will tee off of the 10th tee from 9:00-9:36 a.m. Fans can follow live scoring on BirdieFire.com.