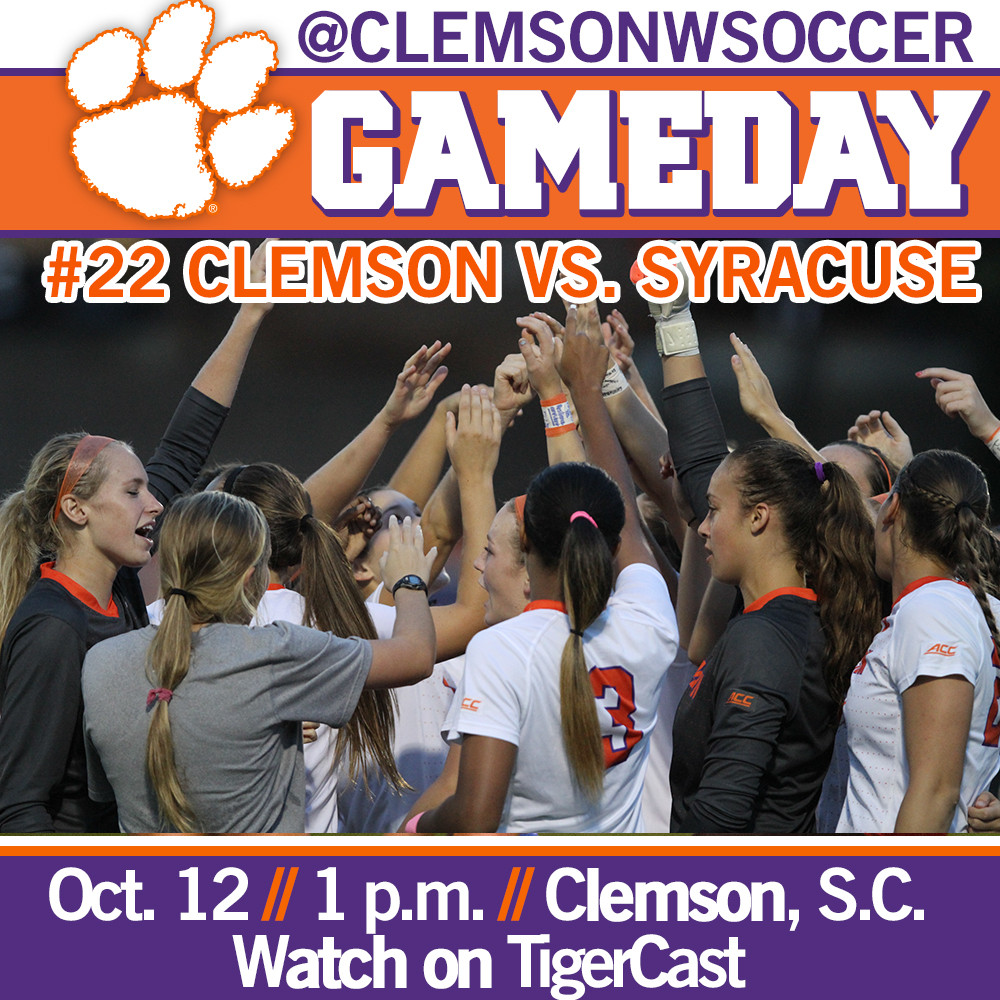 Clemson is 9-2-2 on the season and 2-2-1 in the ACC, most recently defeating Duke 1-0 on Oct. 9 at Historic Riggs Field. The win was the Tigers’ first over the Blue Devils since Nov. 3, 2007 (1-0 in Clemson), and sophomore Catrina Atanda’s goal was the first Clemson had scored against Duke since 2007 as well. Clemson currently sits in seventh place in the conference standings.

The Tigers are led in scoring by Atanda with six goals and one assist for 13 points. The sophomore midfielder scored the lone goal in Clemson’s last two games, the 1-0 win over Duke on Oct. 9 at the 1-1 double-overtime tie at Wake Forest on Oct. 4. Four Tigers have at least 10 points on the season and 12 different players have scored at least one goal. Freshman forward Shannon Horgan leads the team and is tied for fourth in the ACC with six assists on the season. Sophomore goalkeeper Kailen Sheridan has posted 30 saves and allowed just eight goals in over 1043 minutes played, and now has six shutouts (four solo) on the season.

Syracuse is 5-6-3 on the season (2-3 ACC) and is currently ranked seventh in the ACC standings. The Orange are coming off a 2-0 loss to second-ranked Florida State earlier this week. Syracuse is led by forward Stephanie Skilton, with eight goals and one assist for 17 points on the season. Sophomore McKenzie Moranz and freshman Courtney Brosnan have combined for 67 saves and have allowed 16 goals through 14 games.

Clemson won the first meeting between the two programs in 2013, a 1-0 decision played in Syracuse, N.Y. Kylie Tawney netted the gamewinner in that contest, and was assisted by Katelyn Reeve.