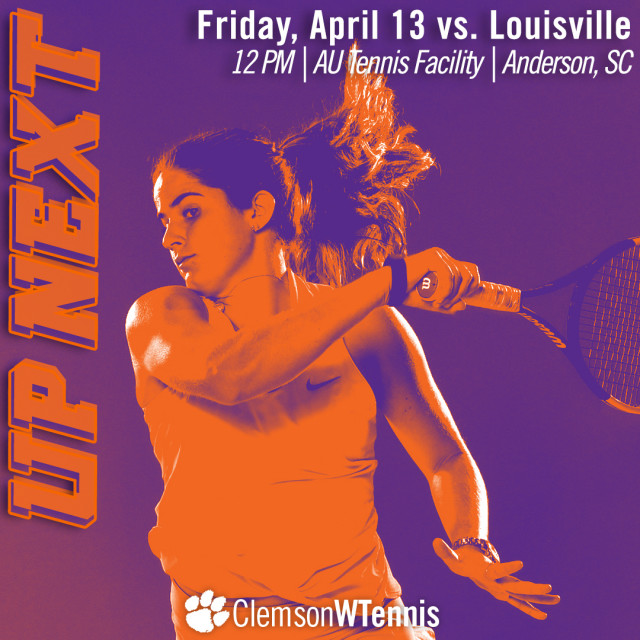 NOTE: Due to the threat of inclement weather on Sunday, April 15, the match between Clemson and North Carolina will be played at the Mickel Tennis Center on the campus of Furman University in Greenville, S.C.