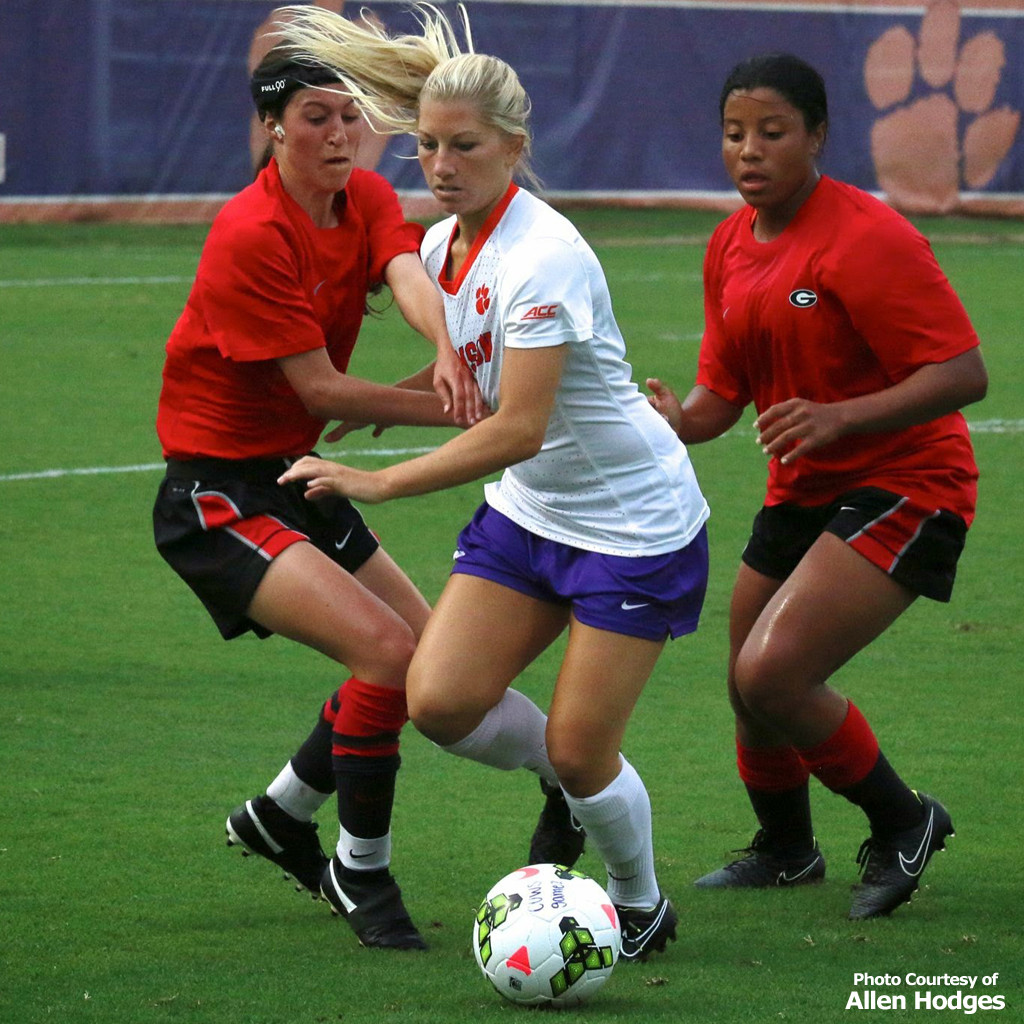 CLEMSON, S.C. – Coming off of a 3-0 victory in an exhibition game against Georgia on Sunday, the Clemson women’s soccer team hosts Furman on Friday evening at 6 p.m. in its second and final game of the 2014 preseason. The exhibition game, along with all regular season home games at Historic Riggs Field, is free and open to the general public.

Friday’s game will be Furman’s first exhibition of the season. The Paladins returns all 11 starters from the 2013 season, including Stephanie DeVita, the 2012 SoCon Player and Freshman of the Year and Carlie Couch, the 2013 SoCon Freshman of the Year. Furman finished the 2013 campaign 17-4-2 overall and 8-1-1 in the Southern Conference.

The Tigers look to build on the success of that performance before their first regular season game on Aug. 22 vs. Auburn at 7 p.m. at Historic Riggs Field.