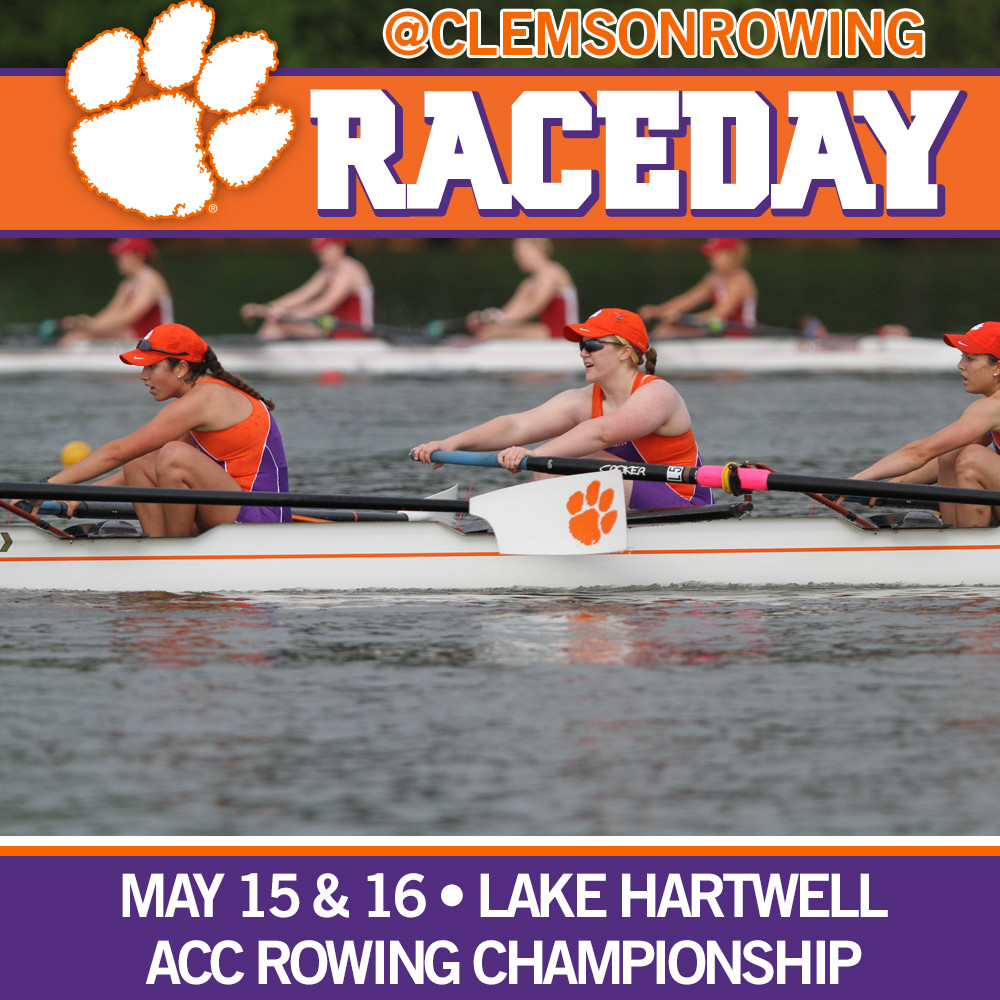 CLEMSON, S.C. — For the sixth straight year and 11th time in the last 12 seasons, the ACC Rowing Championship will be held on Lake Hartwell. Clemson’s six-lane race course will be home to an all-time high nine schools — including the Tigers — on Friday and Saturday. Qualifying races will be held Friday, starting at 6 p.m., with grand and petite finals set to start Saturday at 8:05 a.m. Saturday’s action will be streamed live by ESPN3. Admission is free both days.

Virginia, ranked third nationally in the latest CRCA poll, is the No. 1 seeded boat in each of the five races. The Cavaliers have claimed every ACC title but one, which was claimed by the Tigers in Oak Ridge, Tenn., in 2009. In addition to UVa, Syracuse (16) and Notre Dame (19) are also ranked in the latest CRCA poll. Louisville is the ninth and newest member of the ACC, competing in their first conference championship this weekend.

The Tigers return to action for the first time since hosting 20 schools at the Clemson Invitational last month. Clemson is the No. 4 seed in the 1V8 and No. 5 in the other four events. The Tigers’ top boat faced Duke and Louisville at the last regatta, defeating both. Clemson’s top time this season is 6:25.7, achieved April 7 at the ACC/Big Ten Challenge in Charlottesville, Va.