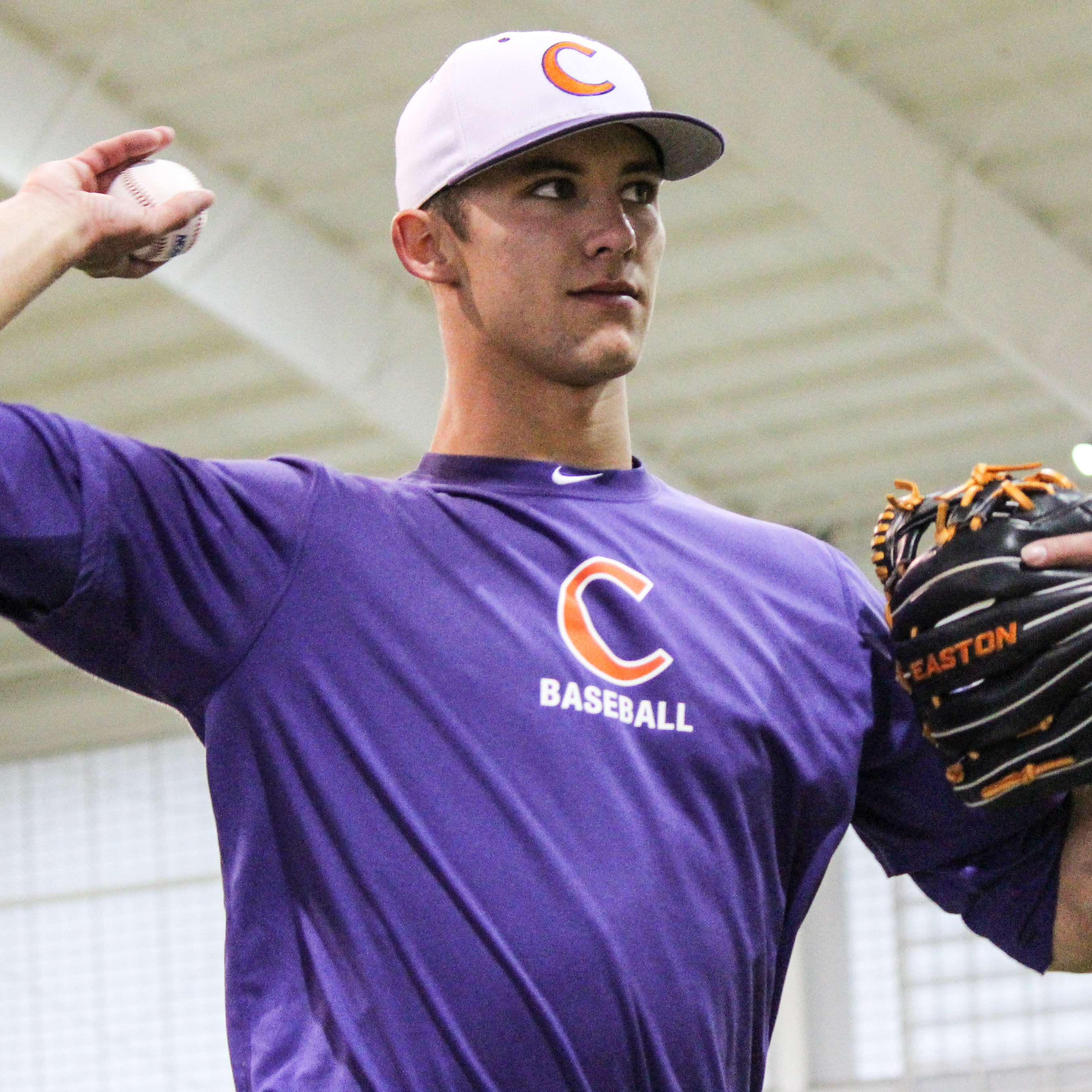 The Tigers open up their 118th season against West Virginia in a three-game series at Doug Kingsmore Stadium from February 13-15. For more information about the upcoming season, including ticket information, click HERE.

Below are videos, quotes and pictures from Friday.

“This is a good time of year for us. Despite the weather, it’s the first day of practice and we are excited about the year and the kids we have in our program. They have a great attitude and we had a great fall.

“We had a couple of injuries we had to fight through, but other than that, everyone is excited and looking forward to it.

“Everything we talked about at the end of the season was positive. There’s always things we can get better at and we have made some of the adjustments we talked about, and I think it’s all been good.”

“I’m feeling good. I’m rehabbing (my shoulder) every day and I’m optimistic to play February 13. That’s been my goal for a long time now, and I can’t wait for my opportunity.

“Any time you’re hurt, you’d rather be out there with your teammates, and I think that’s one thing I’ve learned from this experience is how much I love my teammates, how much I love the game and how much I missed the game. I feel like I’m going to come back with a lot of energy and try to give this team what we need to be successful this year.”

“Everybody is excited and ready. We had a really good fall. We had some freshmen come in and show what they’re all about, and they surprised a few guys, so we’re ready to get going.

“There’s been some changes. One of the more immediate changes was in the weightroom. You saw a lot of guys put on some weight, and I think that’s going to be big for us when we get the new balls going. Those are going to add some distance off the bat, and I think our offense is set to have a good year.”

“We got some bad weather out there, but we’ll get a lot of work done inside. It’s the day we’ve been waiting for since last year. Before you know it, three weeks will be here.

“I think it helps pitching some on Friday nights last year. ‘Goose’ (Daniel Gossett) was our guy last year, but hopefully we can have two or three guys in that category. I’m looking forward to seeing all the guys’ hard work pay off for us this season.

“Last season, I thought we had some depth going into the season, and then we had some guys get hurt. But I think this year, we are pretty healthy.”