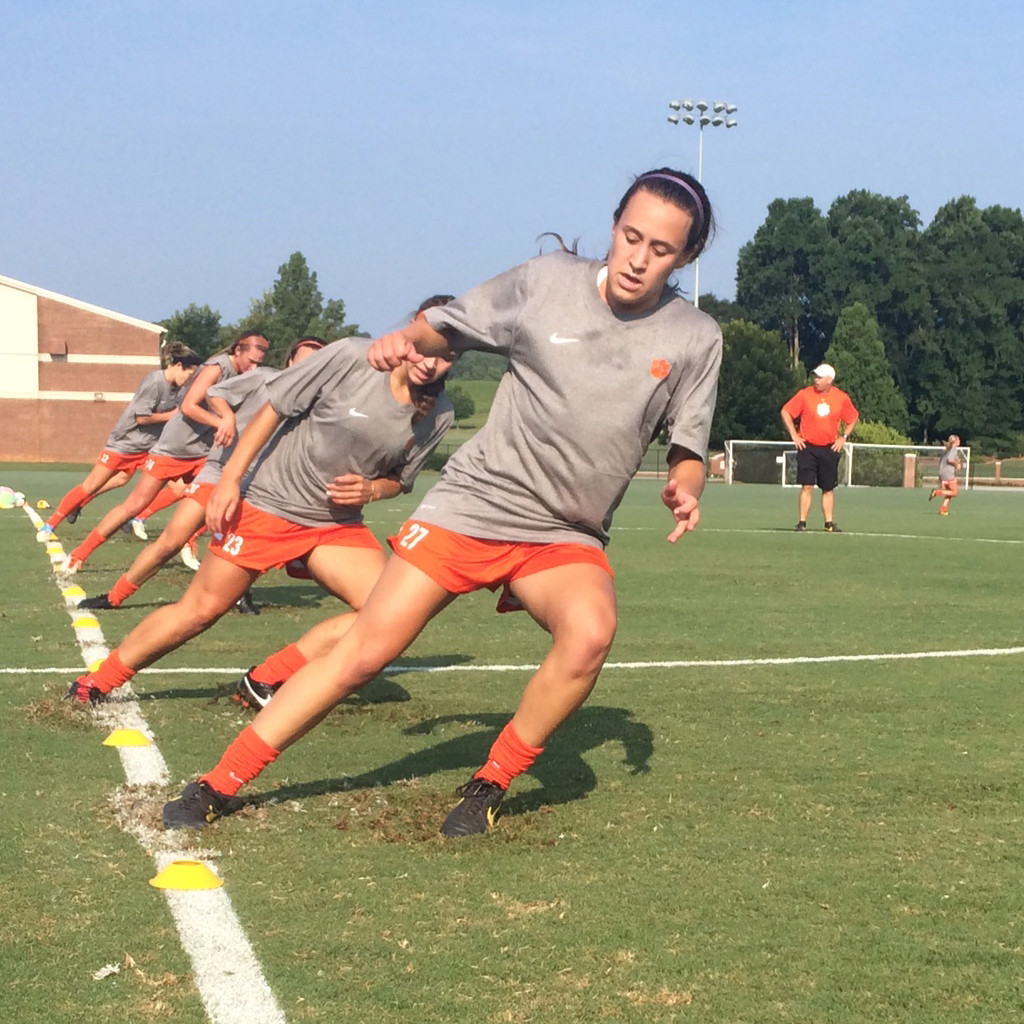 Radwanski, who is entering his fourth season at the helm of the program, returns nine starters and 19 letterwinners from his squad that posted a 4-7-2 record in Atlantic Coast Conference play in 2013. The four wins in the ACC, which had eight teams ranked in last season’s final top 25, were the most for the program since 2006. The Tigers also welcome four freshmen to the team for 2014.

One notable starter not in attendance at Wednesday’s training session was sophomore goalkeeper Kailen Sheridan, an All-ACC Third Team and ACC All-Freshman Team selection in 2013, who is currently competing with Canada’s U-20 women’s national team at the FIFA U20 World Cup. Sheridan and Canada dropped their opening game of group play to Ghana by a score of 1-0 on Tuesday in Toronto.

The team will hold two weeks of preseason training, which includes two home exhibition games – Sunday, Aug. 10 vs. Georgia at 7 p.m. and Friday, Aug. 15 vs. Furman at 6 p.m. The Tigers kick off the regular season Friday, Aug. 22 vs. Auburn at 7 p.m. at Historic Riggs Field.