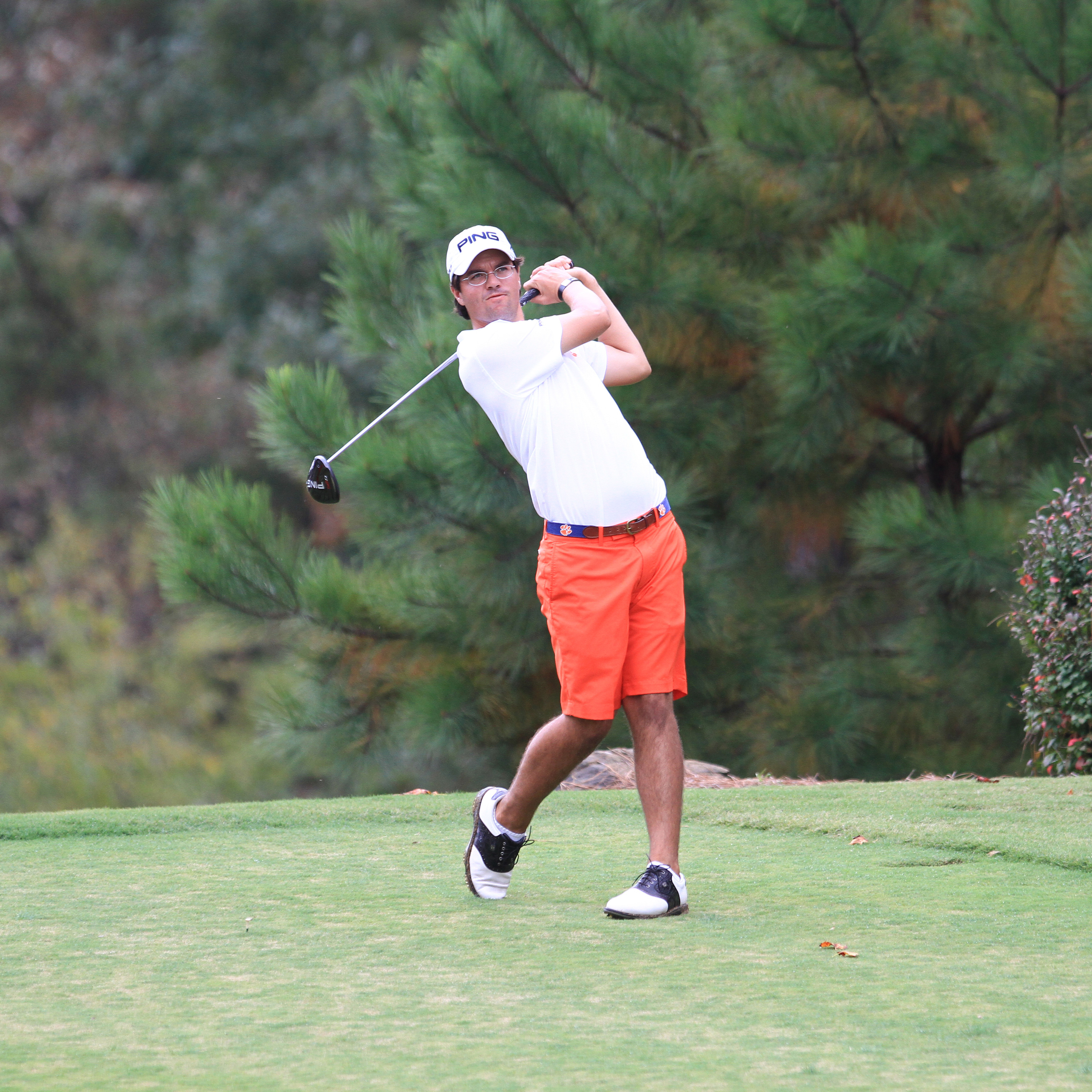 Clemson, S.C. – The Clemson men’s golf team is back in action this weekend as the Tigers travel to Sapphire, N.C., to compete for the first time in the Hummingbird Invitational at the Country Club of Sapphire Valley on October 31-2. Western Carolina University will serve as host of the two-day, 36-hole event on the par-71 course that will measure 6,767 yards.    The teams will play 18 holes on Friday afternoon, then take Saturday off as poor weather is anticipated.  The tournament will conclude with 18 holes on Sunday. Clemson will arrive as the top-ranked team at No. 30 according to the Golfweek/Sagarin Rankings. The Tigers will be the only ACC representative.  Other local schools competing in the 14-team field include Furman and defending champion Wofford.  Cody Proveaux, who is coming off his best finish of the season, will once again lead the Tigers as the number-one player. The junior from Leesville, S.C., finished a career best third against a national field at the U.S. Collegiate in Alpharetta, Ga., and recorded his low round of the season with a 67 in the second round.  Proveaux’s strong showing was his second top-five finish in four events, jumping him to No. 34 individually on the Golfweek/Sagarin Rankings.  Billy Kennerly returns to the lineup for his fifth start in as many events. The Tiger senior  will look to build on a promising season that already includes a top-10 finish at the Primland Collegiate in Dan, Va. Kennerly also holds the second lowest stroke average on the team behind Proveaux with an even 72.  Miller Capps will be back in Larry Penley’s lineup in search of his third top-20 finish of the season. The Denver, N.C., native will return to his home state to try and regain the same form that led to finishes of 10th and 16th at the Carpet Classic and Dick’s Challenge, respectively.  Stephen Behr will once again be an anchor in the Clemson lineup. Behr finished a respectable 32nd at the U.S. Collegiate. He has led Clemson in stroke average each of the last two seasons. The redshirt junior finished in 14th place at the Primland and holds a 72.25 stroke average through four events, third lowest on the team.  Freshman Josh Fickes will round out the Clemson lineup this weekend.   He has a 74.5 stroke average for the year in six rounds.  Also playing as individuals this weekend will be Blake Kennedy, Carson Young,  Hayden Garrett and Parker Mills. After two tough rounds of 79-81 at the U.S. Collegiate, Young rebounded in the final round to card a 71, his best in six rounds this season. With momentum on his side, the sophomore from Pendleton, S.C., will head to the Hummingbird Invitational in the hopes of helping the Tigers notch their first win of the season.