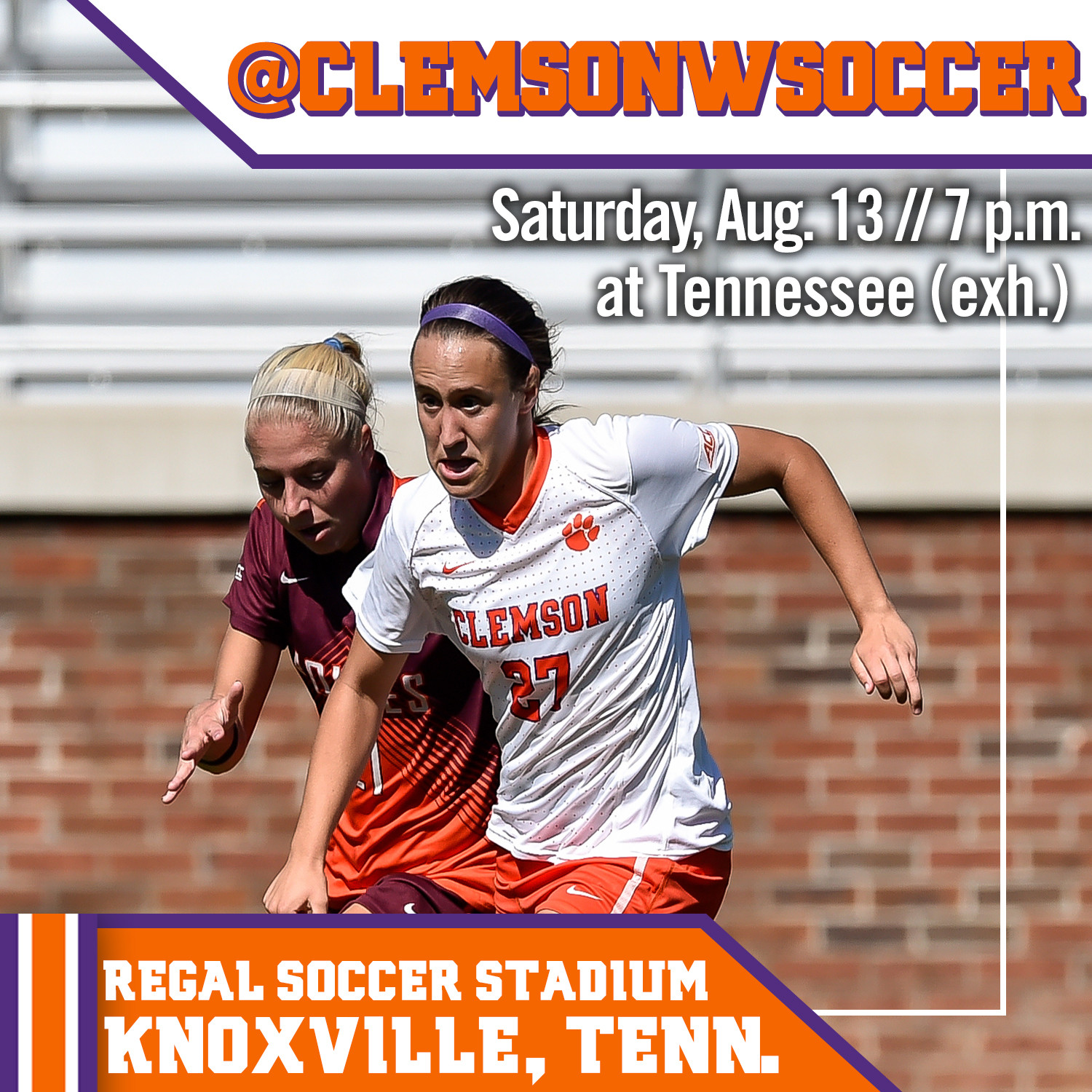 Tigers Head to Knoxville for Exhibition Match at Tennessee Saturday

CLEMSON, S.C. – The Clemson women’s soccer team travels to Knoxville, Tenn. on Saturday, Aug. 13 for an exhibition match against Tennessee. The Tigers and Vols face off at 7 p.m. Saturday evening at Regal Soccer Stadium. This will be the first exhibition match for the Clemson team, which started preseason training on Aug. 3.

The Tigers are coming off a 2015 season in which they finished with a 14-4-2 overall record and tied for second in the ACC. All 11 starters from the 2015 squad return for 2016. Head Coach Eddie Radwanski’s team has received early attention, ranking 14th in the nation according to the NSCAA preseason poll. Clemson opens the regular season on Friday, Aug. 19 on the road against another SEC foe, Auburn.

The Vols are coming off a year in which the team lost several key players due to injury, and finished the year with a 7-5-6 overall record. Saturday’s match also serves as the Tennessee’s first exhibition contest of 2016.