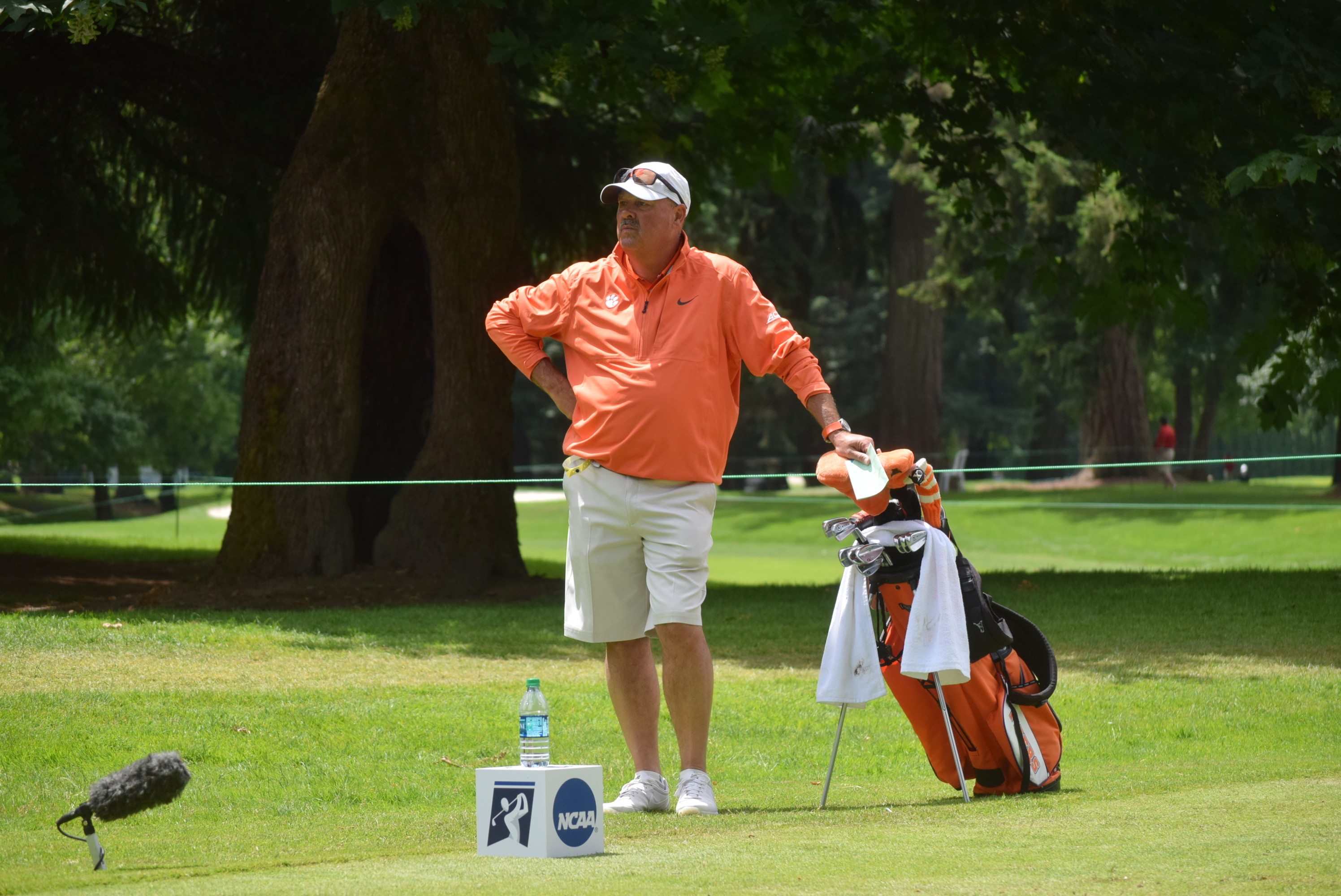 Clemson, S.C.—The Clemson men’s golf team will conclude its fall portion of the 2017-18 schedule at the Golf Club of Georgia Collegiate in Alpharetta, Georgia this weekend. The 19th ranked Tigers are one of eight top 25 teams in the 15-team field. The field includes five of the top six teams in the nation according to the latest Golfweek/Sagarin rankings.

This is the 12th edition of the Golf Club of Georgia Collegiate (previously known as the U.S. Collegiate). The Tigers have won the event twice, in 2006 behind individual champion Stephen Poole, and in 2009 behind current PGA Tour players Ben Martin, Sam Saunders and Kyle Stanley.

Clemson will have a lineup composed of one junior, one sophomore and three true freshmen this weekend.   The Tigers will be led by Bryson Nimmer, the ACC Player of the Month for September, who has a 69.22 scoring average with seven under-par rounds, including six in the 60s. The junior is 19-under par for the fall season so far and has had three top 10 finishes in three events.

Doc Redman was Clemson’s top player at the NIKE Elite in Oregon with a fifth place finish thanks to a 204 score for 54 holes, nine-under-par. Redman is the reigning United States Amateur Champion and has a 7133 average so far this year.

The freshman class of 2017 will have the opportunity to see where they stand against the top players in the nation this year. Turk Pettit has a 71.00 average for his three tournaments and nine rounds. The former High School player from Auburn, Ala., has four under-par rounds so far this year and already has a third-place finish to his credit at the Carpet Classic.

Kyle Cottam has a 72.00 stroke average for his nine rounds so far. That includes a third-place finish at Trinity Forest in Dallas, Tex. on September 26. He shot a six-under-par 207 score for that event.

Colby Patton will be playing in just his second tournament for the Clemson team. He opened eyes of Clemson coaches after winning the Hummingbird Invitational as an individual with a 202 score, 11 under par thanks to rounds of 66-66-70.