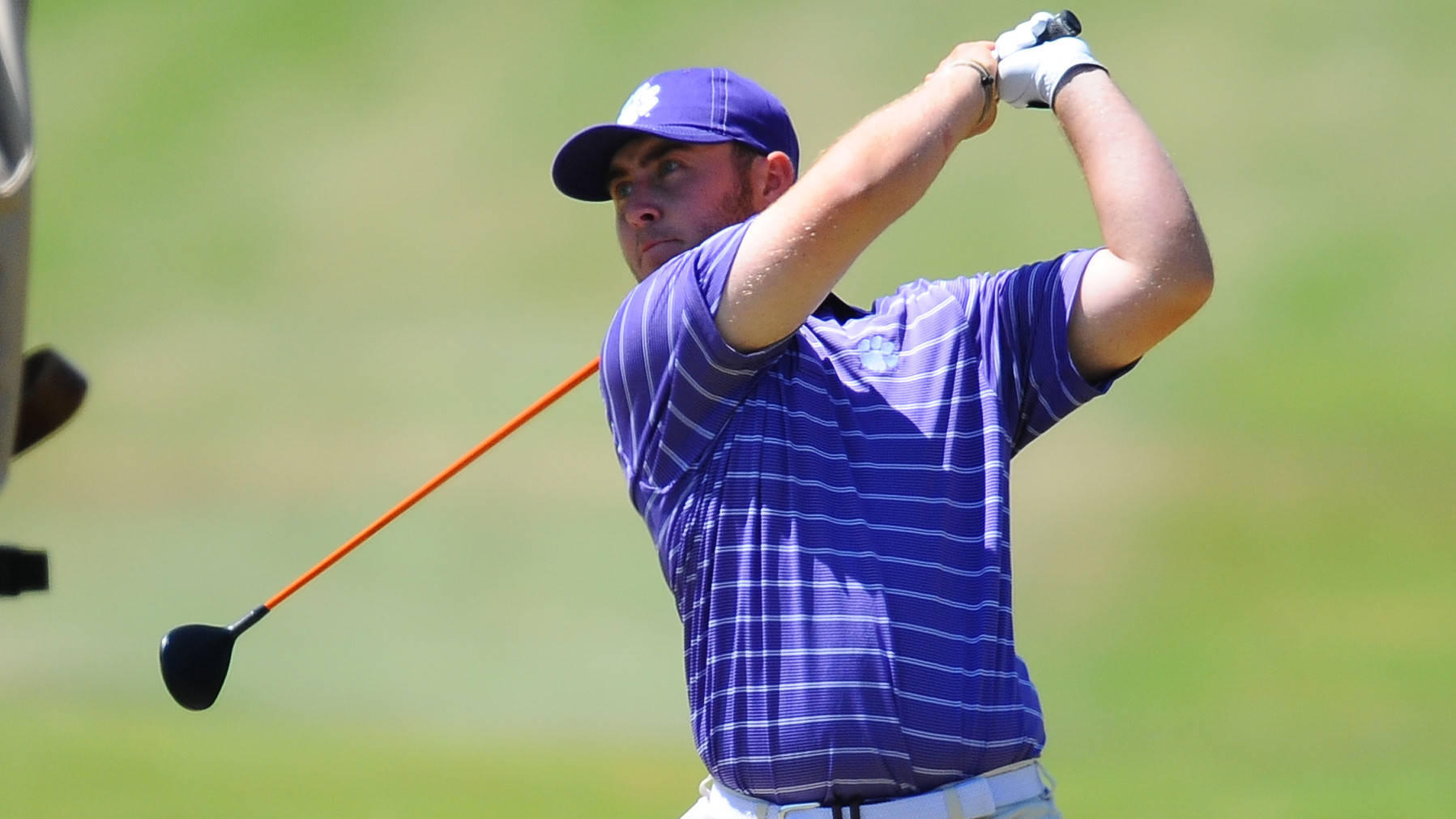 NEW LONDON, N.C. – Austin Langdale and Stephen Behr both shot rounds of three-under-par 69 to lead Clemson to a third-place finish at the ACC Men’s Golf Championships at The Old North State Club in New London, N.C on Sunday. Georgia Tech won the championship with a 25-under-par score of 839, while Florida State was second at 845 (-19).  Clemson finished third at 851 and 13-under-par, while 12th ranked Virginia Tech finished fourth at 857 and eighth-ranked Virginia was fifth at 862.

This was Clemson’s final tournament before the NCAA Regional begin May 15-17.  The Tigers expect to receive an NCAA Bid for the 33rd straight year a week from Monday.

Langdale shot a 69 on Sunday, his best round of the three days to finish with a 213 score, good enough for ninth place individually.  It was the best finish by a Clemson freshman at the ACC Tournament since 2007 when Kyle Stanley finished third with a 216 score.

The freshman from Pendleton, S.C.  got off to a great start with a four under par score of  32 on the front nine.  That included an eagle on the par five fourth hole when he hit his approach to within eight feet and made the putt for his fourth eagle of the year, tied for first on the team.

Cody Proveaux had rounds of 71-70-72 to tie Langdale for ninth with the 213 total. The sophomore from Leesville, S.C. became the first Clemson golfer to score par or better in all three rounds of the ACC Tournament since David May did it in 2009 when May was co-medalist.  He shot even par on Sunday, but finished strong with birdies on the 15th and 16th holes.

This was the first time Clemson had two players in the final top 10 of the ACC Championship since 2009 when May, Stanley and Phillip Mollica all had top 10 finishes.

Behr’s round of 69 included three birdies on the front nine and one on the back.  It was the second straight round of 69 for Behr, the first time he has had consecutive rounds in the 60s  since the second and third rounds of his career (Sept. 2012).

Carson Young finished with a 71 on Sunday, while Miller Capps had a 72.  They had similar rounds in that Young had 17 straight pars, then made birdie on the 18th hole.  Capps had 16 pars and had just one bogey and one birdie.  His birdie came on the par three seventh hole, one of three birdies the Tigers counted on that hole on Sunday.

“Scoring 13 under par for the week was good,” said Penley.  “We did not play well enough on the par five holes today and did not putt well enough to get to 25 under (Georgia Tech’s winning score).  But we had everyone in the ball game today and everyone shot between 213-218 for the weekend.  That was solid.”