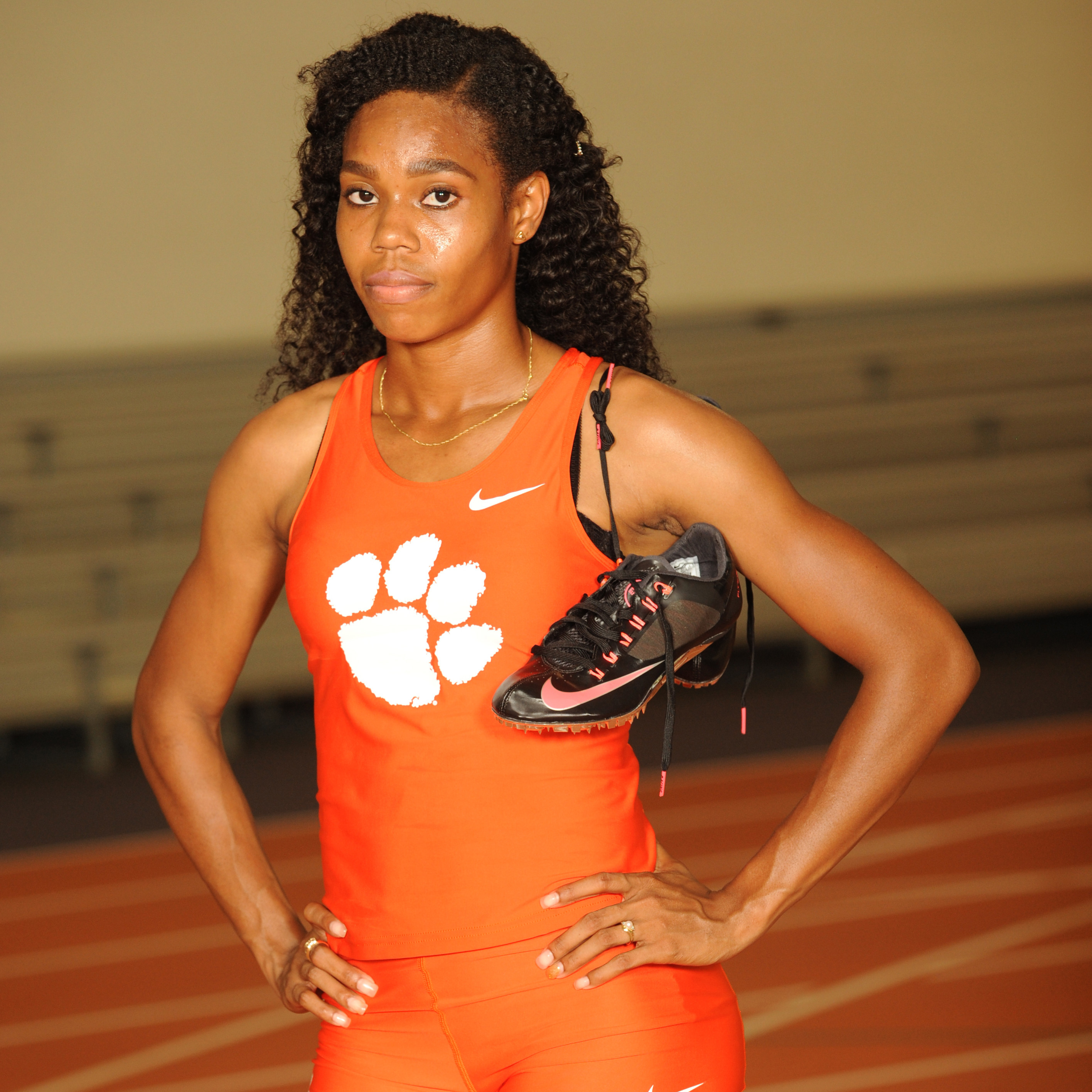 CLEMSON, S.C. — Samantha Elliott finished runner-up in the women’s 400 hurdles to lead Clemson’s action at the Clyde Littlefield Texas Relays on Friday. Elliott’s time of 57.54 placed her inside the top 10 of Clemson’s all-time performance list, and completed a busy day for the senior.

The Tigers qualified three relays for Saturday finals, including both 4×100 groups. The men had the fifth-best time of the morning session. The team of Elijah Britton, Michael Cheeks, Justin Johnson and Tevin Hester ran 40.11 to win its heat. The women, led by Elliott, posted a time of 45.75. The men’s 4×400 relay also qualified with the top time of the university section, running 3:07.82. The women are in Saturday’s invitational 4×4 section.

The sprint medley relays competed in finals Friday. The women’s team of Sabria Hadley, Deja Parrish, Natoya Goule and Tanisha Coppin posted a time of 3:49.92. It is the third-best on record in the event in program history.

Johnson was tops among the qualifiers in the men’s 110 hurdles. The senior ran a time of 13.89 and will compete in Saturday’s final.

Mimi Land had the top performance in the field events from Texas. The junior hit a mark of 40-8.25 in the triple jump, placing seventh in the invitational section. She is slated for the high jump Saturday, along with Torian Ware of the men’s team.

In lone action from the Crimson Tide Invitational in Tuscaloosa, Ala., Jordan Pickerel led the way with a fifth-place showing in the men’s hammer throw. He hit a mark of 177-0.

The Tigers conclude action in both meets Saturday.