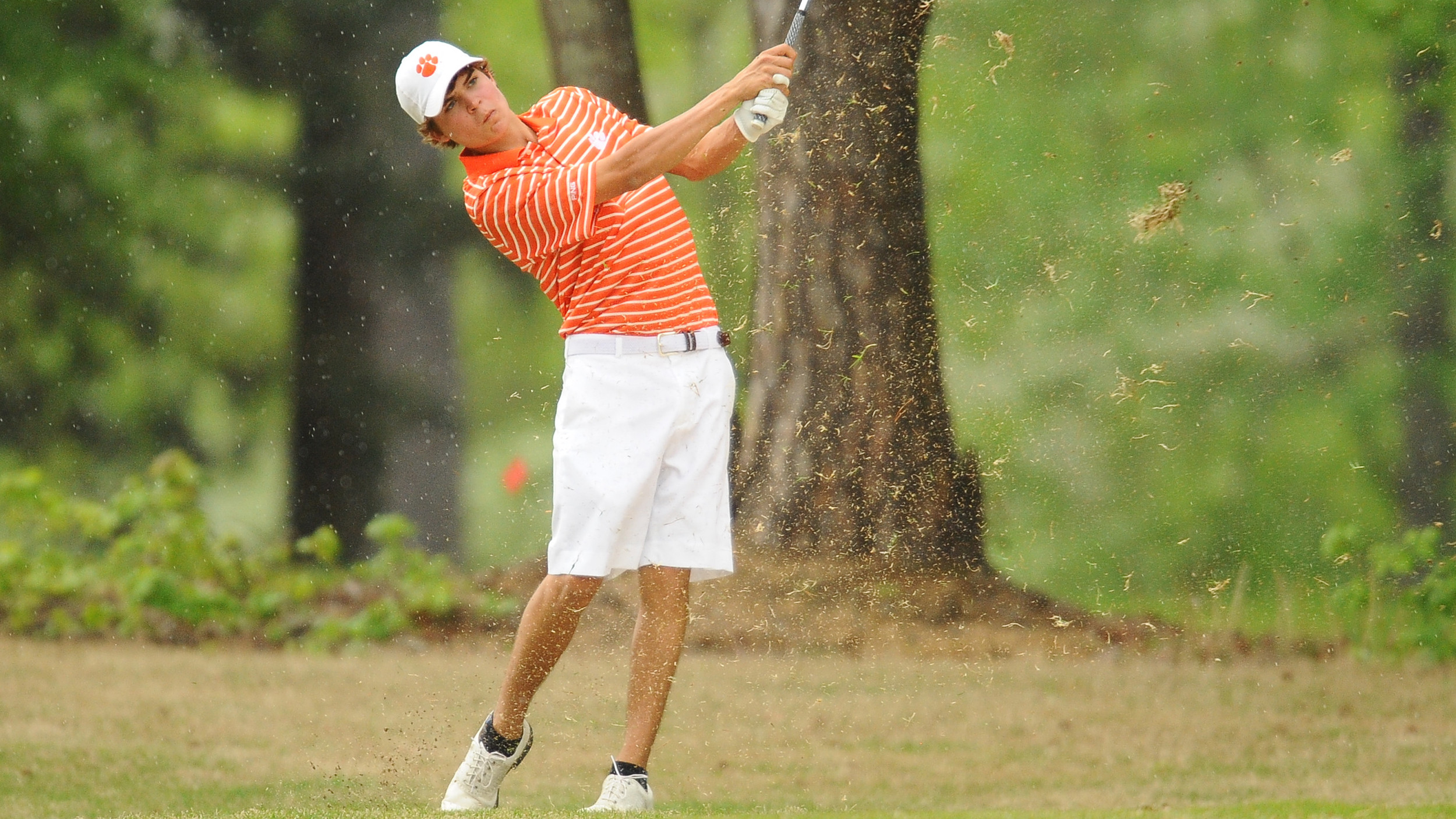 SUGAR GROVE, Ill. – Southern California and California both played the 17th hole five shots better than Clemson late in Saturday’s final round to keep the Tigers from advancing to the National Championship Tournament. The Tigers finished with a 898 score and a sixth-place standing in the 14-team regional field at Rich Harvest Farms Golf Club in Sugar Grove, Ill. The top five teams advance to the National Championship Tournament in Hutchinson, Kan.

Illinois won the tournament with an 880 score, while UAB finished second at 882. Purdue, ranked 45th in the nation entering the tournament, finished third with an 894 score, 30 over par.

Southern California (#16 in the nation) and California (#4 team nationally) tied for fourth place with scores of 32-over par 896, just two shots better than the Tigers, who were in third place after each of the first two rounds. It was a tough finish to accept for Clemson Head Coach Larry Penley, whose team was above the cutline for 90 percent of the three-day 54-hole tournament.

“Our players are hurting, and I am hurting,” said Penley. “It is difficult to accept, but getting off to a bad start caught up with us. We had a bad start again today playing the first hole in six over par for our counters. And the drives were in the middle of the fairway. I know we had some mud balls, but you have to overcome that.”

For the three days, Clemson played its first nine holes of the day in 28 over par and the final nine holes just six over par.

“We got it back together and played even par for the middle of the round, then we did not play well down the stretch. We are a young team and we will learn from this. It is just real difficult right now.”

Clemson played three sophomores and two freshmen this week and this team was attempting to be the first in Clemson history to reach the National Championship Tournament without a junior or senior in the regional lineup. Clemson was in third place after each of the first two rounds and stood in third place eight shots ahead of the cutline with six holes to play on Saturday.

“We just counted too many big scores,” said Penley. “That was our problem this week, we did not stay away from the big numbers. We counted two triple bogeys and two double bogeys today. And we missed the cut by just two shots.”

One of the bright spots for Clemson was freshman Carson Young, who was Clemson’s best player for the third straight day. Clemson’s number-four player for most of the season shot a round of three over par 75 on Saturday and finished in sixth place individually with a score of 220.

Young, a native of Pendleton, SC, became just the fourth Clemson freshman to finish in the top 10 of an NCAA Regional. He joins Kyle Stanley, Gregg Jones and Richard Coughlan in that exclusive club.

Clemson had four players finish in the top 25 for the weekend in the 75-player tournament. Stephen Behr finished with a 76 on Saturday and finished in 23rd place for the 54 holes with a 226 score. Cody Proveaux and Austin Langdale were tied for 25th with 227 scores.

Proveaux had an 80 and Saturday and Langdale had a 78. He had two triple bogeys and played the other 16 holes at even par.

Miller Capps was a counter today with a 78 and his 236 score for the weekend was good enough for 50th place.