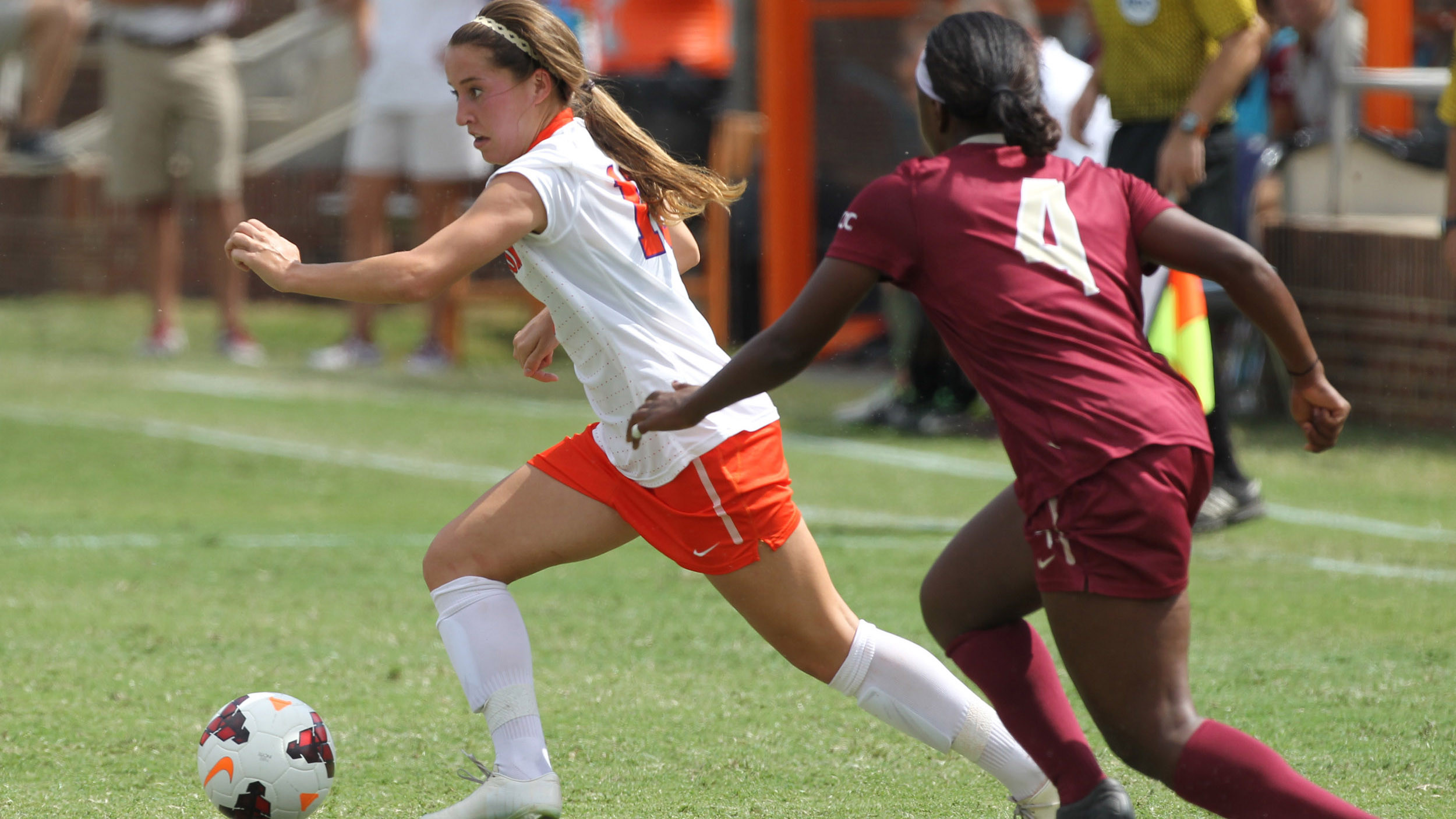 CHARLOTTESVILLE, VA – The Clemson women’s soccer team suffered a 3-0 loss to Virginia, the nation’s top-ranked team, on the road in Charlottesville, VA on Sunday afternoon.  With the loss, the Tigers fell to 6-4-3 overall (3-3-1 ACC), while the Cavaliers, who remain the only unbeaten and untied Division I team in the country, improve to 12-0 overall and 6-0 in the ACC.

“This was a big challenge for us today, playing Virginia, the number-one-ranked team in the country, on their home field,” said head coach Eddie Radwanski.  “We were coming off a game on Thursday and they were rested after a bye, however we should not take anything away from Virginia; they showed why they are the top team in the country.  They were the better team today, in their movement of the ball and in taking advantage of changes.  Regardless of the fact that fatigue was a little bit of an issue for us today, Virginia was just that good.”

Virginia put a goal on the board less than three minutes into the game, when the Cavaliers’ Morgan Brian headed a free kick from Danielle Colaprico into the net from inside the box.  The remainder of the first half was scoreless, with Virginia taking 12 shots to the Tigers’ three in the frame.  Freshman keeper Kailen Sheridan posted four saves in goal in the half for Clemson.

The Cavaliers put two goals on the board early in the second half, in the 52nd and 58th minute.  Colaprico was unassisted on the first goal, while Makenzy Doniak netted the second with an assist from Molly Menchel.  Virginia outshot Clemson 10-1 in the second half, and Sheridan added three more saves to finish the day with a total of seven.

Clemson will have a week off before returning to the field next Sunday, October 13 when it will face NC State in Raleigh, NC.  The game between the Tigers and Wolfpack will kick off at 1 PM at Dail Soccer Field.