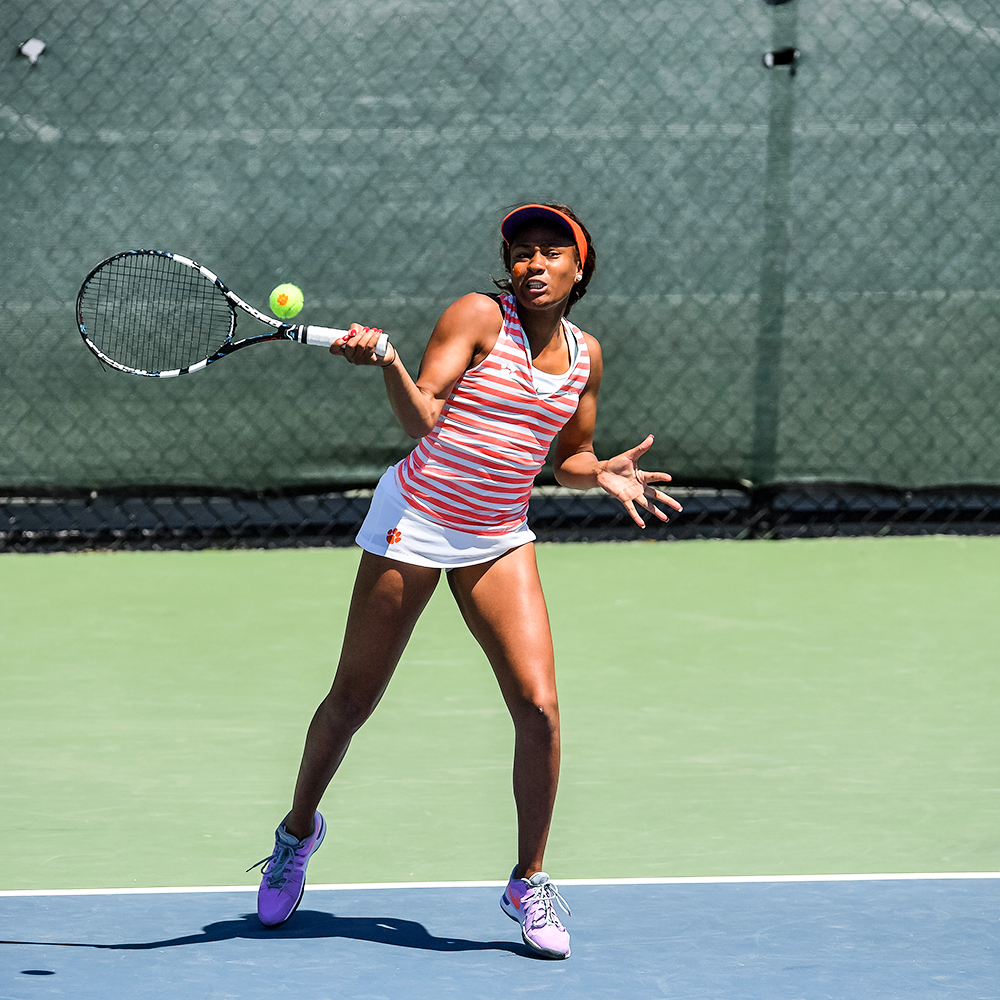 Tigers Fall to Rice in NCAA Tournament First Round

NASHVILLE, Tenn. – The Clemson women’s tennis team fell to Rice in the first round of the NCAA Tournament by a score of 4-1 in Nashville, Tenn. on Friday afternoon. The loss brings Clemson’s season to an end and their overall record to 10-11 for the 2016 season. Rice will advance to the round of 32 on Saturday, facing the winner of Vanderbilt and SIUE.

In doubles play, the Owls won the first of the three matches at No. 2, 6-3. The matches were closely contested throughout at No. 1 and 3, with the Tigers coming out on top on both courts to claim the doubles point. Joana Eidukonyte and Daniela Ruiz won 6-3 at No. 3, while Ayan Broomfield and Fernanda Navarro were victorious over the 57th-ranked doubles duo from Rice at No. 1, 7-5, clinching the point for the Tigers.

Rice quickly took a 2-1 lead with wins at No. 4 and 6 singles. The Owls won in two sets at No. 3 singles, giving Rice a commanding 3-1 lead over the Tigers. Katherine Ip of Rice clinched the match on court five, 7-5, 6-1, brining the Tigers season to an end in the first round of the NCAA Tournament.

Senior Joana Eidukonyte and freshman Ayan Broomfield will be back in action to play in the NCAA Singles Championship, which will be held in Tulsa, Okla. from May 25-30. The University of Tulsa is the host of the event, which will be held at the Case Tennis Center on the school’s campus. Draws for the singles tournament will be released at a later date.