CLEMSON, S.C. — Despite creating several chances to score, the Tigers (9-3, 3-2 ACC) fell to the Notre Dame Fighting Irish (7-4-1, 3-1-1 ACC) 2-0 on Saturday night at Historic Riggs Field. The Irish scored the game-winning goal in the 64th minute, and as Clemson pushed for an equalizer, Notre Dame put the game away with a goal in the 87th minute.

The Tigers and Fighting Irish battled for possession in the first half, but neither team was able to put the ball in the back of the net. The Tigers held the advantage in shots in the first half with eight while Notre Dame had just one.

After the break, Notre Dame capitalized on one of its six corners to score the opening goal in the 64th minute. The Tigers fought valiantly to level the match, but a couple minutes after an Isaiah Reid header just missed the left-side netting, Notre Dame snuck another past George Marks and into the net to finalize the 2-0 victory over the Tigers.

Up next, the Tigers travel to Durham, N.C. where they’ll look to upend conference rival No. 3 Duke in a showdown between two of the ACC’s top teams. Kickoff is slated for 7 p.m. and the match will be streamed on ACCNX. 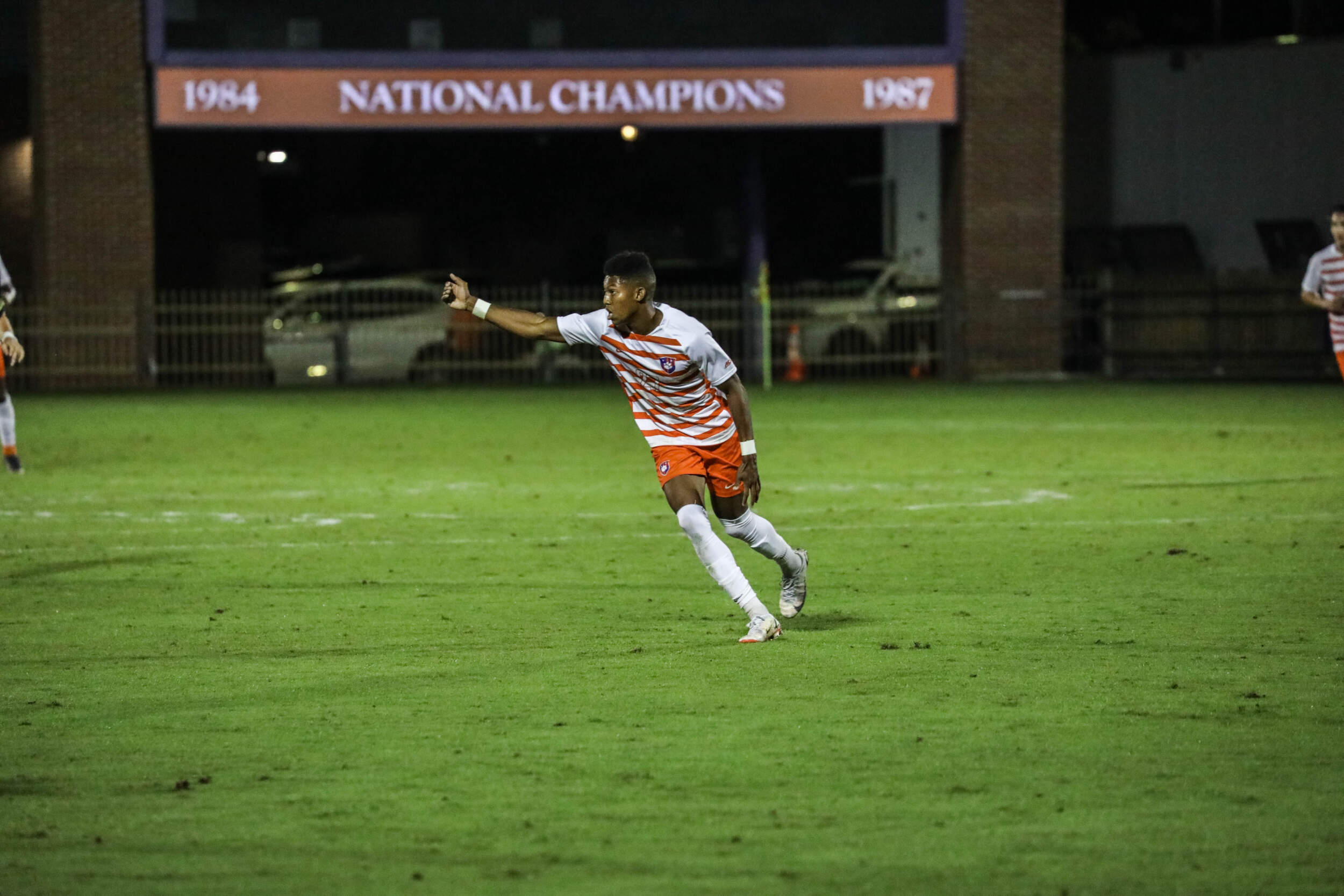 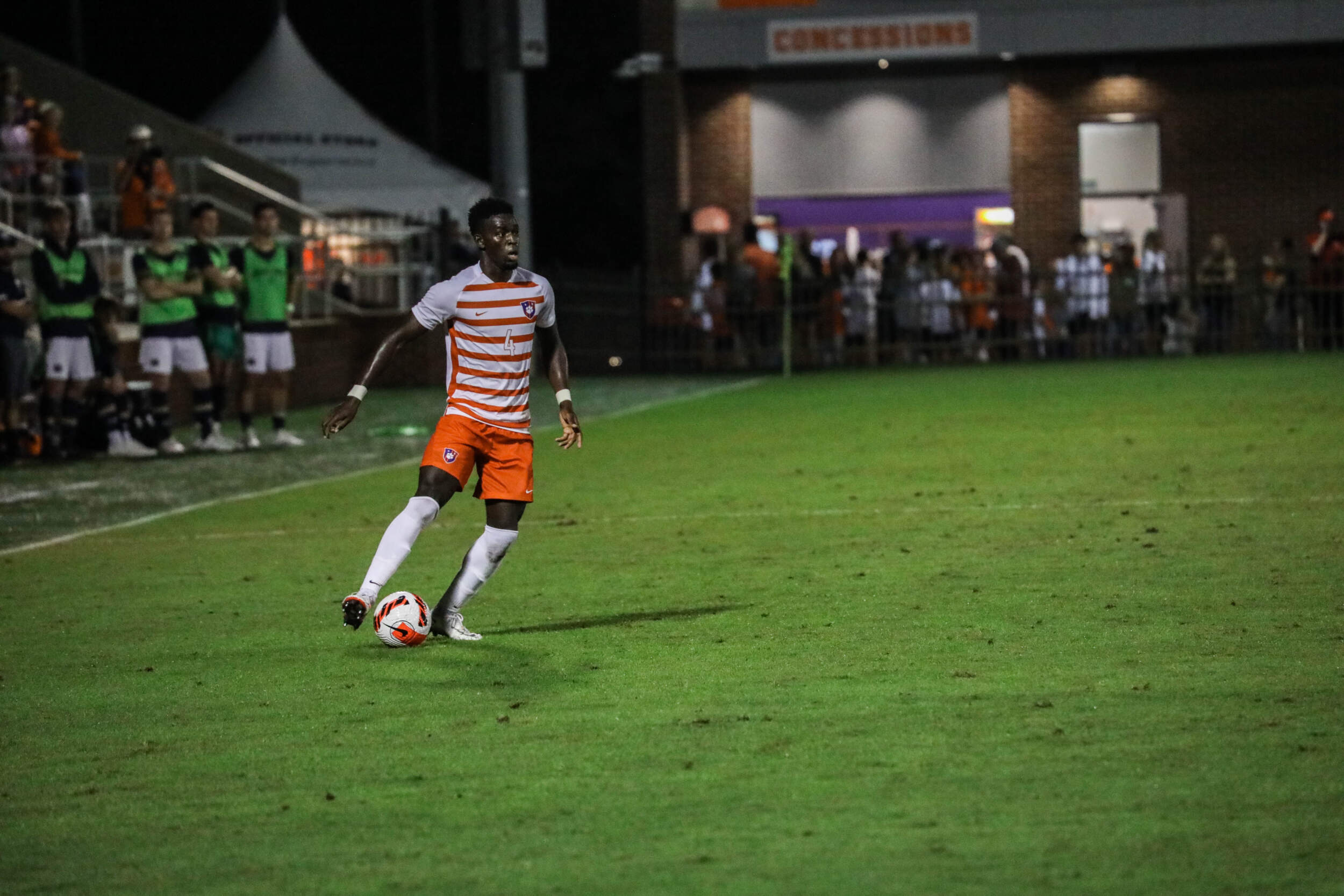 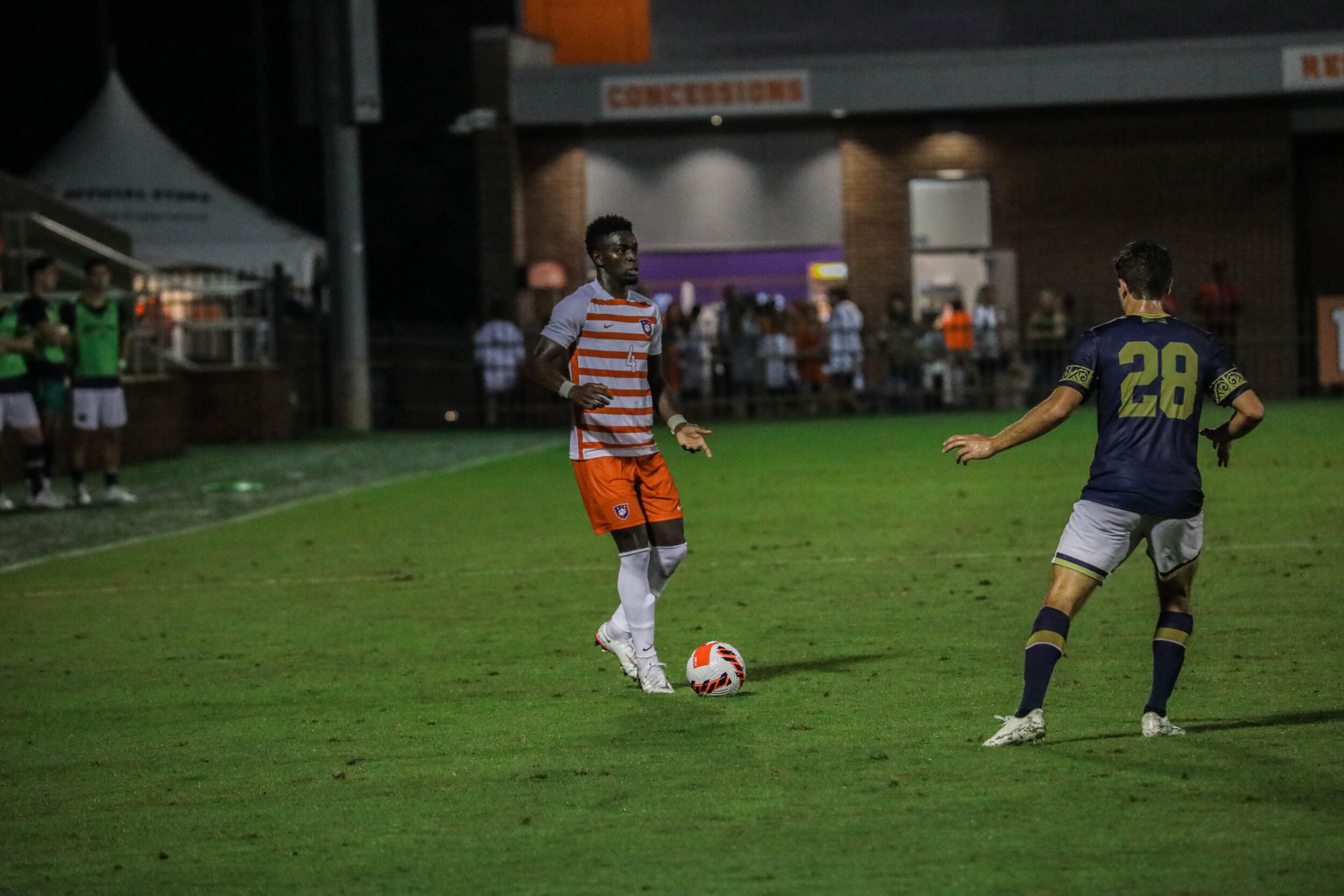 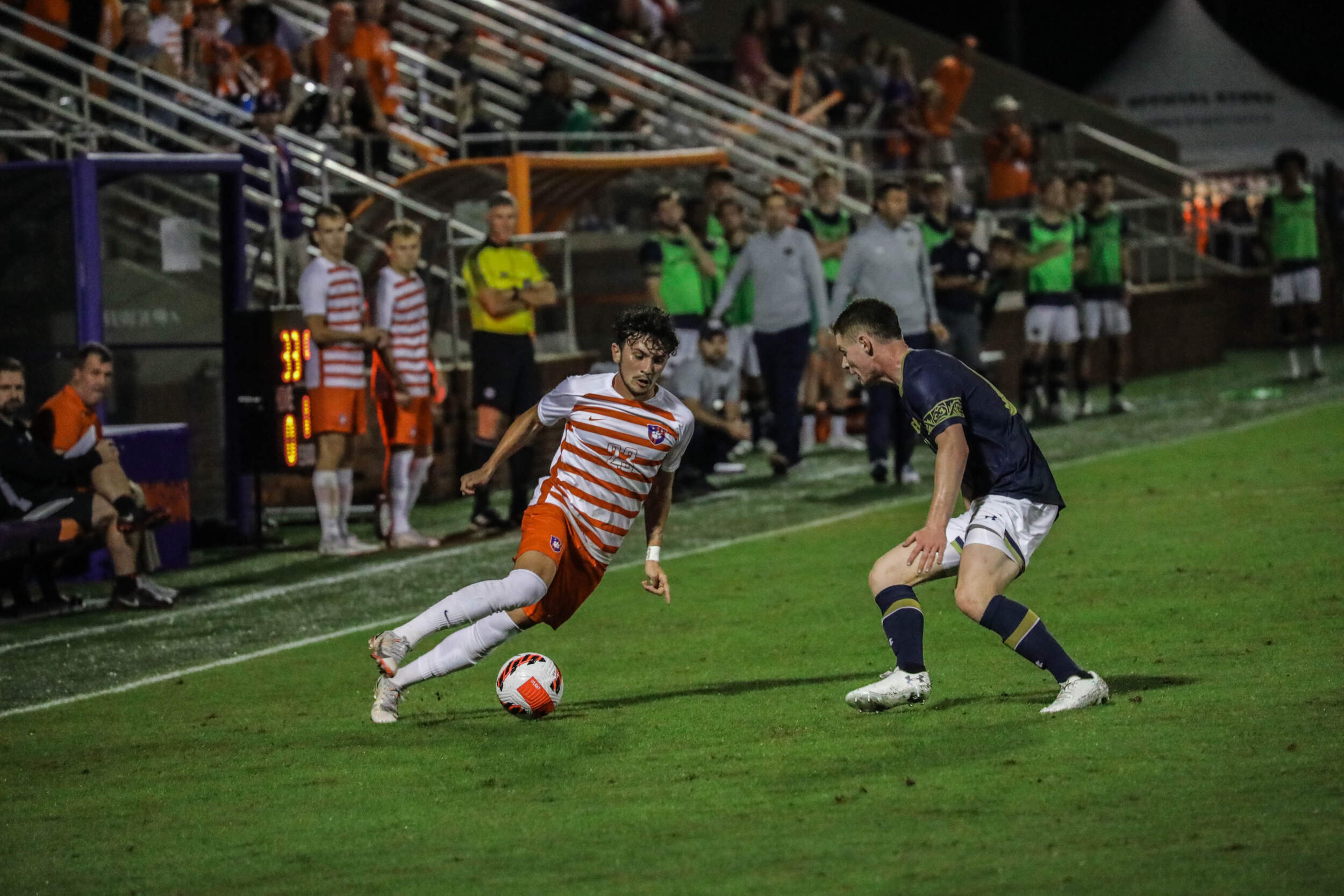 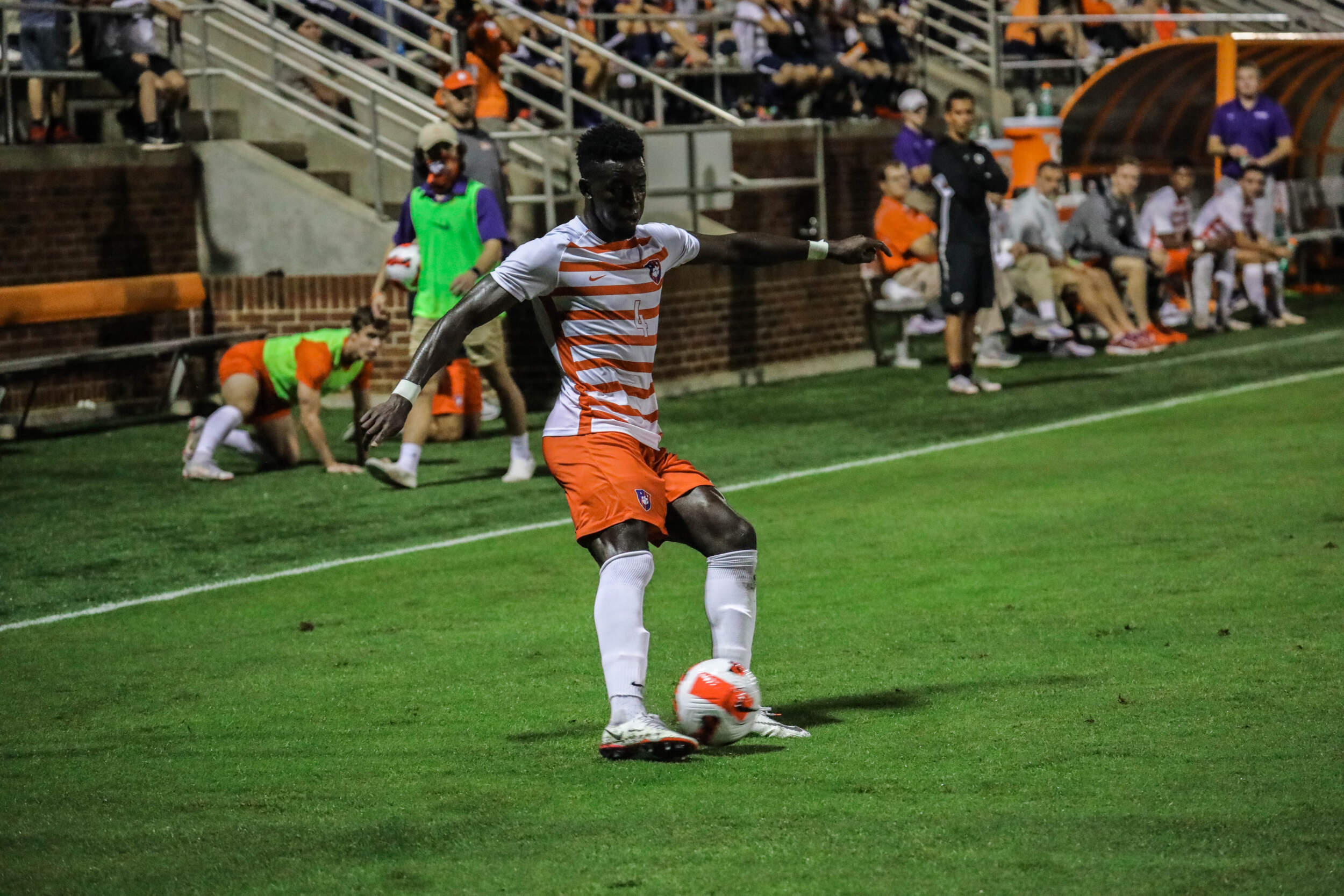 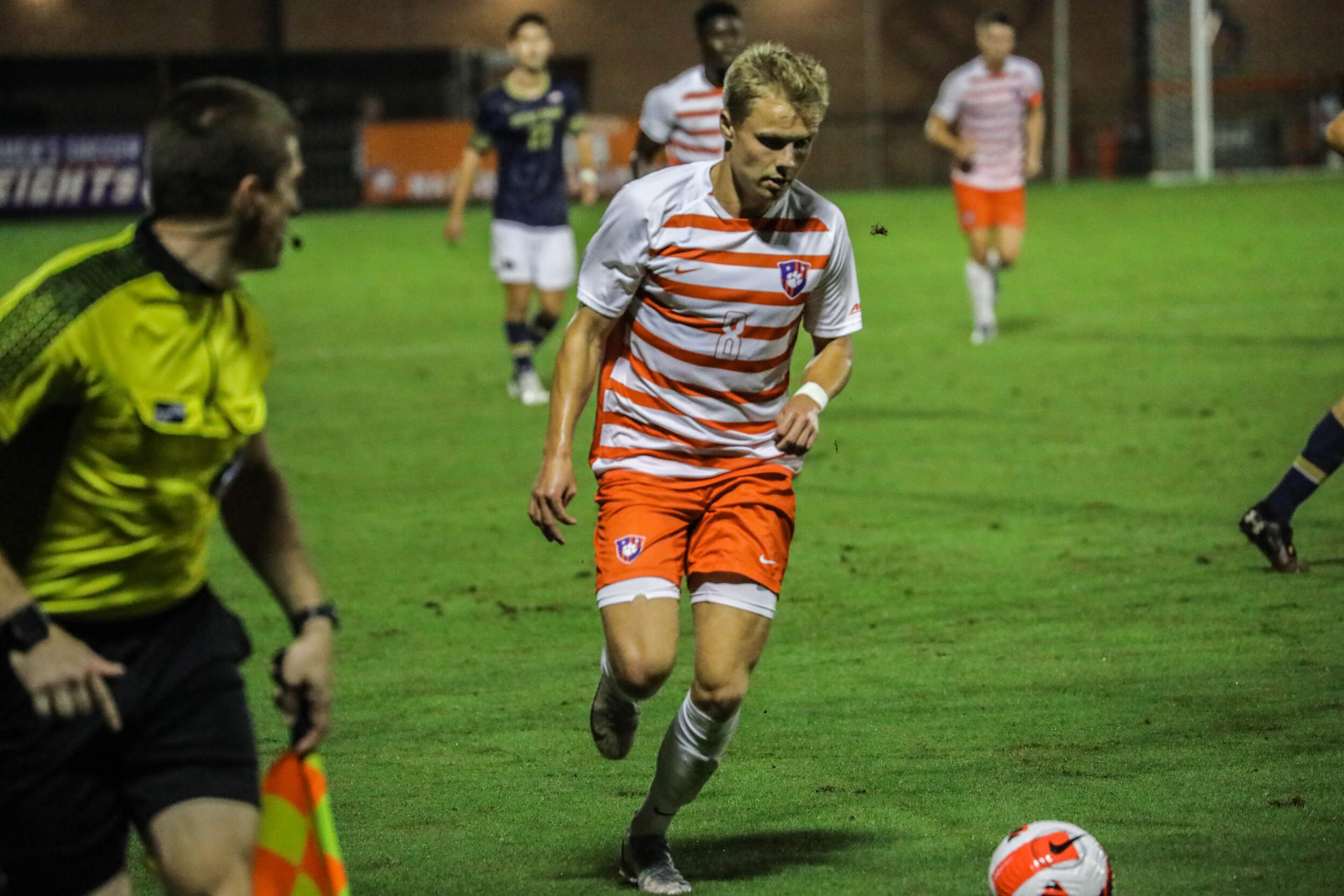 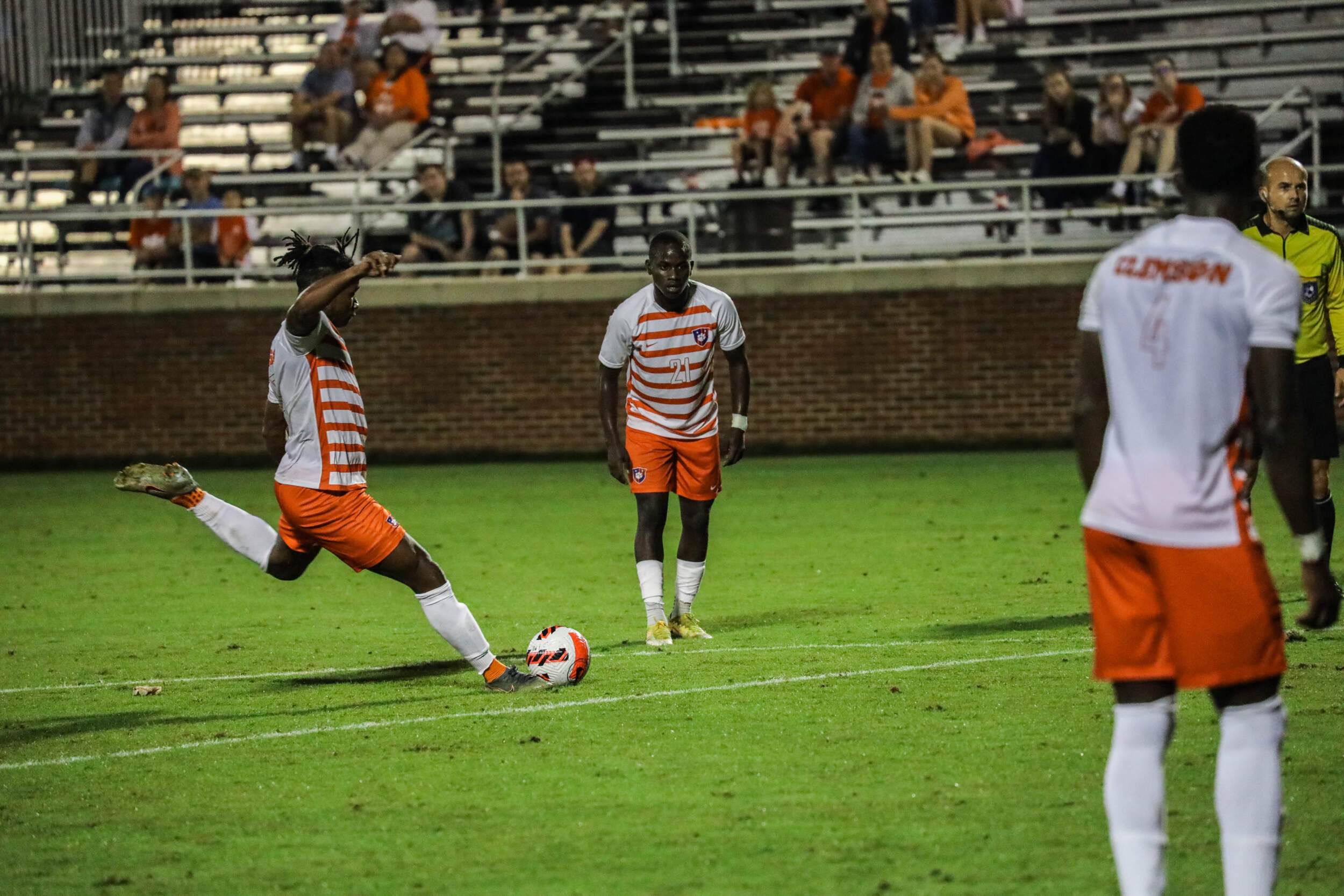 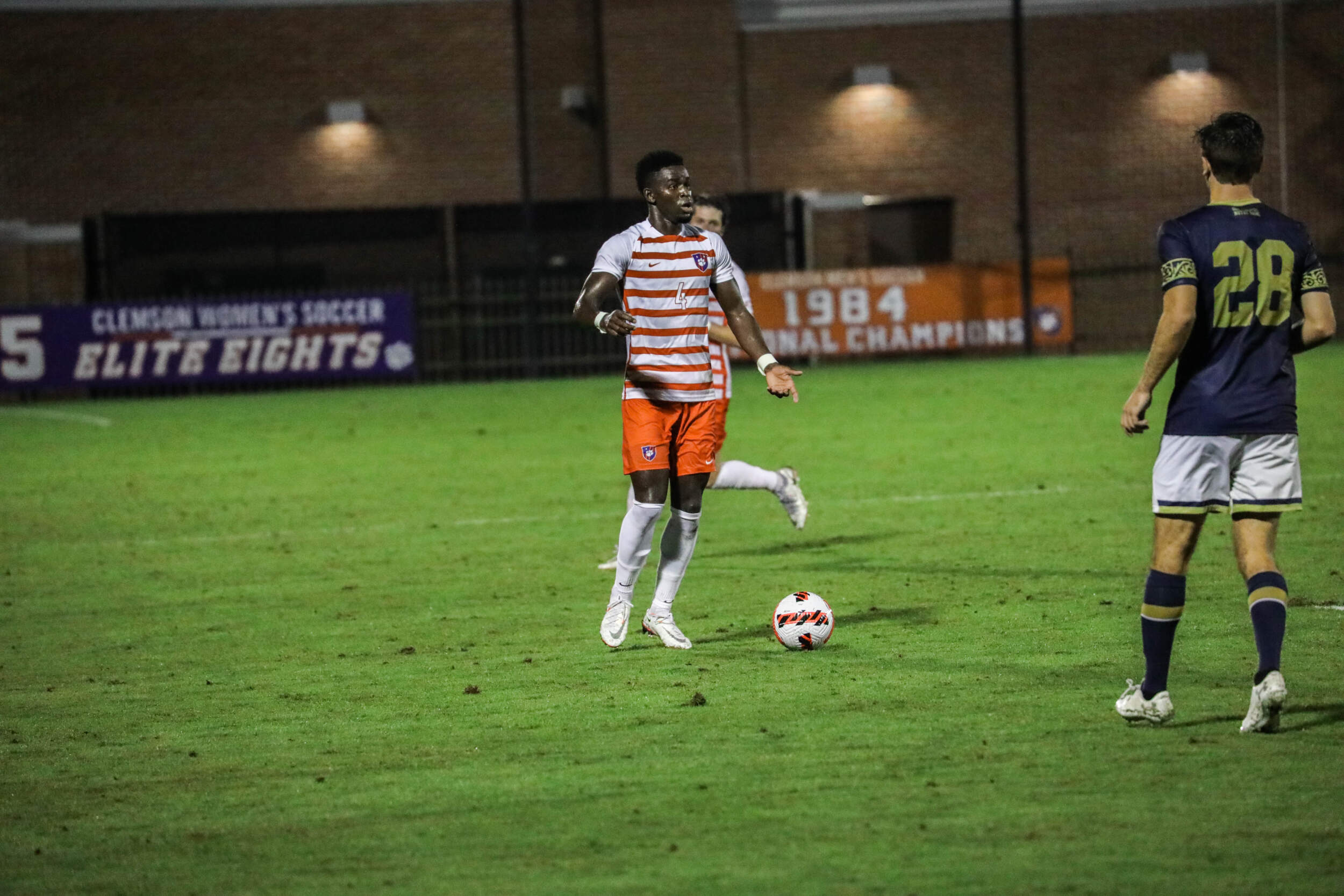 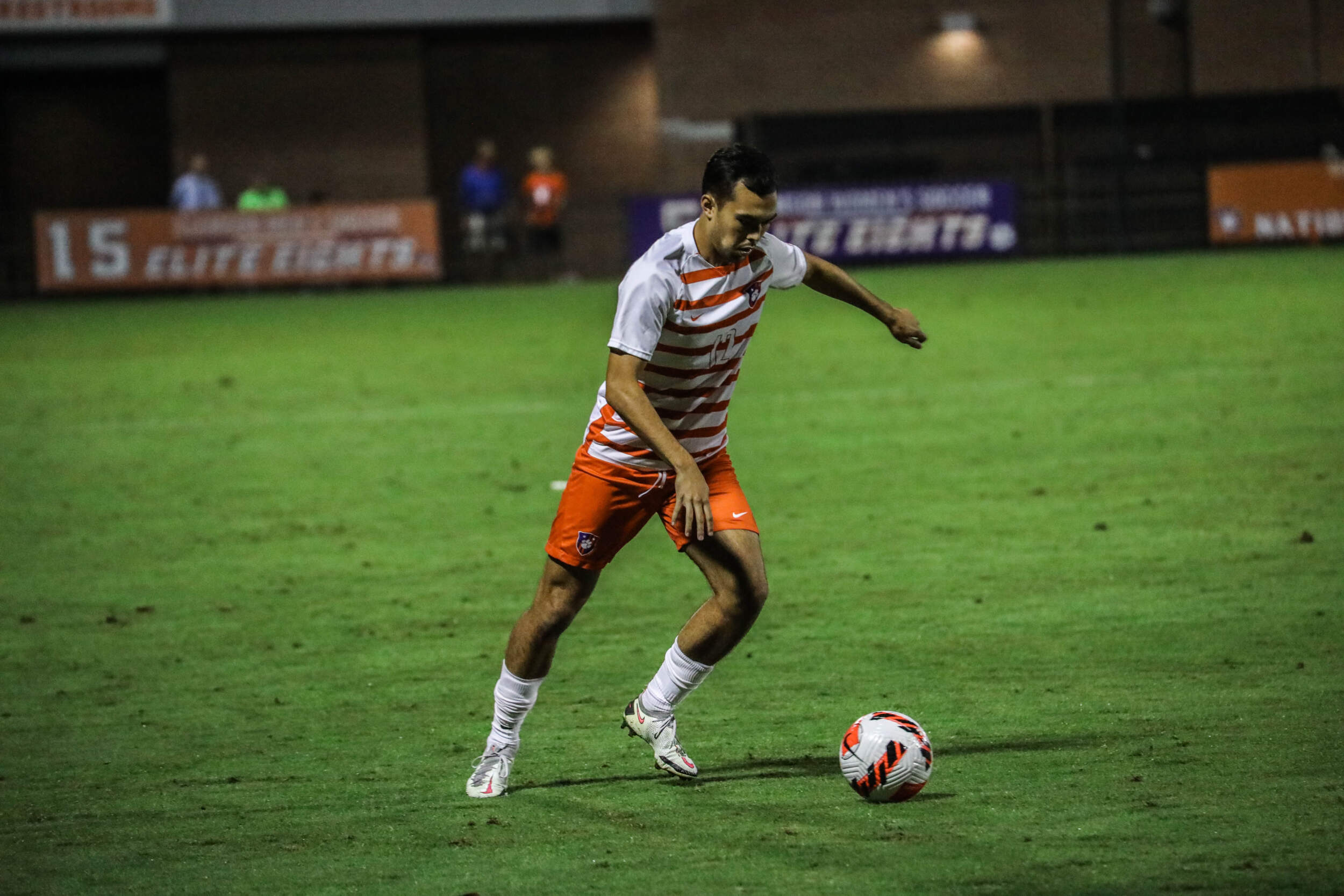 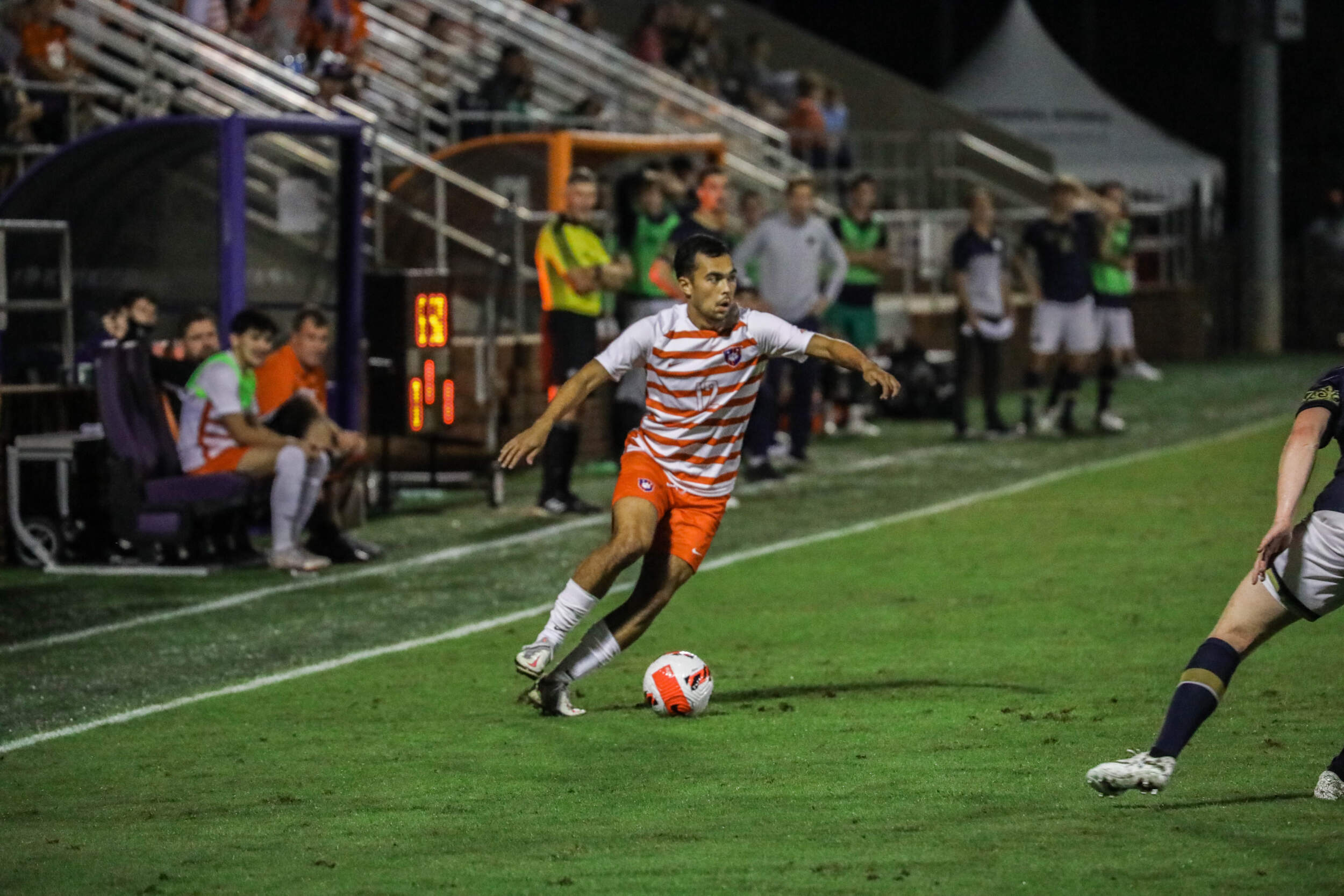